by gokeefe
Sun Apr 04, 2021 5:50 pm
I'm mildly surprised they're scrapping and haven't been able to sell the units. I suppose that's an indication that they can't be interchanged and are missing too many parts to make it worthwhile.

gokeefe wrote:I'm mildly surprised they're scrapping and haven't been able to sell the units. I suppose that's an indication that they can't be interchanged and are missing too many parts to make it worthwhile.


With PSR pushing so many serviceable locomotives on the Class I systems to the deadlines (multiple thousand?), I have sort of figured that the bottom must have fallen out of the used locomotive market - for both purchase and lease. As in, prices will have fallen materially (though I have no way of checking this with hard data - can anyone else supply some?). I assume this will mean that locos like those in question on PAR, which have serious mechanical issues, will have next to no place in the used loco market - and hence be scrapped?

by MEC407
Mon Apr 05, 2021 6:32 am
Another factor is that no one is buying genset locos anymore. Several of the Class I roads have already sold or scrapped theirs, and smaller roads were never really buying them in the first place. This means there's much less demand for 4-axle locomotive frames and trucks to be used as genset fodder.

If the genset market was still booming, that's where a lot of these dead PAR GP40s would likely end up. 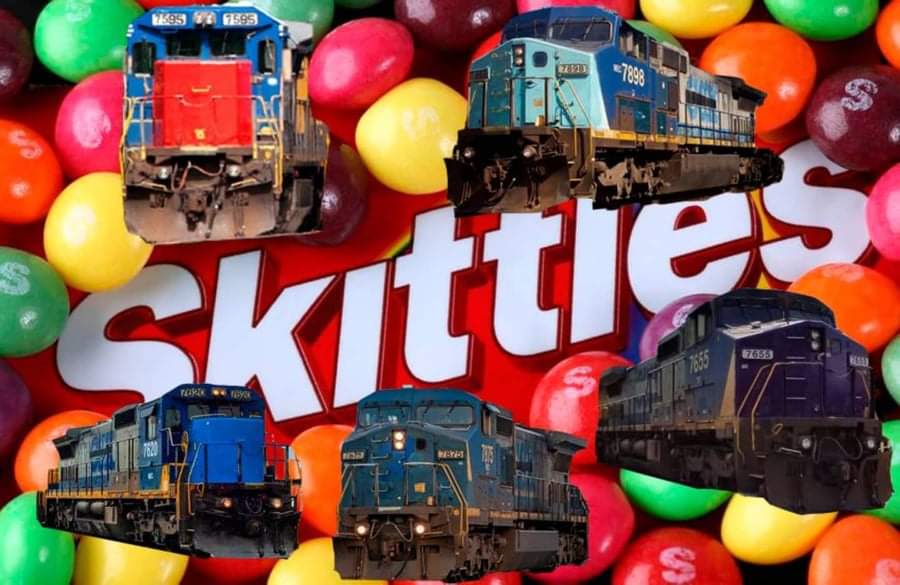 I understand Mellon wanting to cash out before the sale. But to play devils advocate, why the hell aren't they rebuilding these GP40s?? They're prime candidates for a -3 specs, especially with the shortage and high price tag for 4 axles in todays age.
I'm hoping CSX comes in and rebuilds them

by newpylong
Thu Mar 17, 2022 8:08 am
Got on a CP SD40-2 on MOED one evening. There was a cardboard box of lightbulbs with a note, "East Deerfield Shop, please use these instead of taking them off the engine".

Most of the time the water that was provided to us on ST locomotives (by Union agreement) had other Class I labels on the bottles.

All of our markers outside of the stick markers (flashers, no telemetry) were all from other railroads. Sometimes CP or CSX would send a van to the yard and someone would pick up all of the sh*t that was stolen.

I wish smartphone photos were a thing then, what an outfit.

Stolen freds aplenty. CSX for awhile sent someone out of Boston up to Rigby to check for stolen freds etc.

by CPF66
Fri Mar 18, 2022 8:44 pm
Over the years they have continued to use EOT's from other railroads. Every now and again you will see one with CSX or BNSF lettering.