is it that Stillwell that the Chemung group had?
or was it the boxcar?
where is it now? Elmira?

hmmm..the Chemung groups's webpage has been taken down.
too bad they didnt make it. (the group has dissolved I believe.)
http://www.chemungvalleyrhs.com/index.php

by Lehighrrgreg
Thu Mar 10, 2005 10:32 am
The car we acquired is the boxcar, Erie 76382. It was built in 1930 I believe and has had a series of rebuilds and restorations done on it. Its in fair shape now and shouldnt be too hard to get into really great shape by the time it gets installed on the station property. Its currently in Binghamton and is going to be moved over the road. Its wheels are too old and the nature of the car is such that it will be cheaper that way instead of NS moving it. My spring vacation time coincides with what I hope to be a good time to move it, so I expect it to be in Sayre by April 2nd. Ill keep you posted as to specifics incase anyone wants to watch it come in, etc etc.

by Lehighrrgreg
Thu Mar 10, 2005 9:04 pm
No, those cars were moved a while back. 76382 is currently in transit to a set off track on NYS&W property for us to pick up in a few weeks. Im not sure exactly where it is at this point, but I'll know in a week when im up that way for inspection, but its with the NYS&W and I trust them implicitly.

by Lehighrrgreg
Fri Mar 18, 2005 1:17 pm
The following appeared in the 3/18/05 issue of the Towanda Daily Review. This is the beginning of the excavation of the site for soil cleansing and servicing of the EPA committments on the site. Unfortunately, the Sayre Shops foundation is located on sloping bedrock that ends at the Susquehanna River, 2240 feet away so its mindbending as to how much pollution has been diverted into the river and no longer remains on site. It will be sad to see the foundation go, but its a death trap and a huge liability/booby trap.

State Rep. Tina Pickett's office announced Thursday a $175,000 grant would be awarded to support the redevelopment of the Sayre Rail yards Keystone Opportunity Zone site. According to Borough Council President Henry Farley, the property needs to be developed so that it can be a place businesses will want to use.
Driscoll explained the authority will funnel the money from the state to an environmental contractor so that the pollution on the site can be studied.
"That's the reason we need this money," Driscoll said. "We need to get a better handle at what's there."
Driscoll said finding out what is wrong with the site as far as pollution goes is the first step in bringing new jobs to the area. According to Pickett's office, redevelopment of the site could help net 100 jobs. Once the problems with the yards are assessed, the contractor will be able to find out how they can be addressed.
Driscoll said it is too early to tell what type of industry could move onto the property. The funding is just the first step in the process that would bring the industry to the area, he said.
"To get the site redeveloped while also creating jobs on that site," Driscoll said, "that's the name of the game."

Username
ANDY117
Posts
1950
Joined
Tue Aug 17, 2004 10:01 pm
Location
Forgotten in a siding
by scottychaos
Fri Mar 18, 2005 5:31 pm
I doubt the land will ever be redeveloped..
who would want it?
and for what?
and 100 years of pollution will be hard (and expensive) to clean up..
although I suppose maybe some larger industry, that needs a large expanse of flat land on which to build, might find it attractive,
and there *is* the easy access to rail..so thats a plus.

Andy,
NS wouldnt want it for a repair facility..
the shop buildings are gone, its mostly just empty land now.
im sure NS has enough surplus facilities already, they wont need to build anything new from the ground-up.

although if a shortline ever got the LV from Sayre south, like Reading&Northern, Sayre could see an engine terminal again!

by Lehighrrgreg
Fri Mar 18, 2005 6:56 pm
Wouldnt that be great as an engine terminal. Unfortunately, everything they have planned for the area in the way of cleaning and removing contamination resembles tilling a garden. It would take millions to make the land stable enough for the weight of regular engine traffic etc. I continue to work with NS about the divesting of that line. Its marginally profitable for a large company and the two regionals FGLK and R&N arent particularly interested in it, the last I knew. If a company with two or three engines and a small general operating budget offered the online shippers competitive agreements, they would do nicely.

One of the best suggestions I have ever heard for the big shops facility, that is if it hadnt been torn down, is a bi-level mall. Use the bays running up both sides as indoor locomotive and rolling stock displays and concourses, and wall in the expansive center for stores facing outwards. I guess at the point that the fate was sealed, things like this were discussed however the economic conditions of the area and the infusion of old PRR people into Conrail leadership fearing the resurgence of this competitive zone pressed its fate.

Username
Lehighrrgreg
Posts
123
Joined
Thu Apr 15, 2004 3:36 pm
by scottychaos
Fri Mar 18, 2005 9:19 pm
Greg,
I think the main thing that sealed the fate of the big shops is simply that it was 80 years old, the outer walls were 50% glass, and the thing leaked heat like a sieve..
it was impossible to heat in the winter..I have heard stories that the LV used to crank heat into it all winter long and never got it above 40 degrees.
it just wasnt a suitable building for any modern public use..

by Lehighrrgreg
Mon Mar 21, 2005 9:33 pm
The shop was adjacent to the current GE Rail facility in the Sayre Yards. The shop floor/basement and all the repair tracks are still inplace. If you make it to Sayre at all this summer I can show it to you. 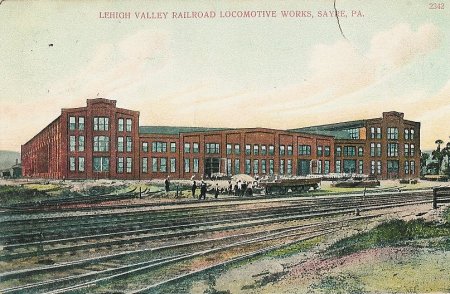 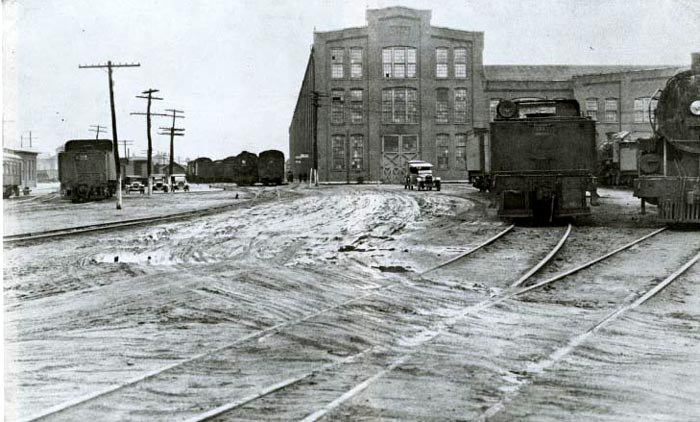 an HO scale model of the building, built to scale, would be 4X8 feet.