by Engineer Spike
Fri Jan 05, 2018 12:55 pm
I was thinking about the 645 diesel. The quest is why EMD did not design a new engine with more reserve capacity. One thought is the compatibility with 567 parts. Other than that advantage, is seems odd that they had to go to 20 cylinders so soon after the model was designed. Both the GE FDL, and Alco 251 were able to be pushed to much greater capacity.

Even the advance to the F version of the 645 was not totally reliable. The result was to enlarge the same basic design to 710 c.i.d. What are your thoughts on this?

by Allen Hazen
Sat Jan 06, 2018 11:04 pm
Since I don't KNOW very much, and have no inside information, I hesitated to respond… but you asked us for our THOUGHTS, so…
(1) 645 was probably the biggest cylinder they could fit on a 567-style block. Since basically only the power assemblies had to be changed (I know it's really more complicated than that, and the crank case got beefed up to take the higher power) this made it a conservative approach to changing the engine… And the railroad supply industry is nothing if not conservative.
(2) Keeping the design close to that of the 567 turned out to be convenient in various ways. (i) The new engine would fit on the same platforms as the old (the 40-series prototypes of 1965 had 35-series frames). (ii) Aftermarket and spare parts support was simpler: 567 engines built after 1966 had E-type (= 645 style) crank cases. (iii) Customers with (reasonably modern) 567-engined power could upgrade easily: lots of units over the years have had 645 power assemblies mounted on their 567 crank cases. (*)

(3) As to power ratings above 3000 hp… Yes, the Alco and GE engines could be tweaked to get 3600 hp out of 16 cylinders, but at a reliability cost. U33 and U36 went out of production before the U30, and GE didn't really feel confident (or maybe it would be more accurate to say its customers didn't feel confident) about the 3600 hp rating again until several years into the Dash-7 era. MLW gave upon the M-636, and when they tried (with the HRC series in the very late 1970s) to introduce a new locomotive line they stayed with 3200 hp (advertised: CN had theirs derated to 3000) for the version with the 16-cylinder engine. The SD45 was conservatively rated at 3600 hp (a 20-cylinder engine with the same output per cylinder as a GP/SD 40 would have been 3750)… but even so initially had problems (attaching the crankshaft supports to the crankcase floor was initially problematic: EMD had to redesign the supports -- I think the redesigned version was called the "D foot" -- to allow (as I understand it) for a larger area of welding). Still, the 20-cylinder engine probably made sense: if the horsepower race had continued into the early 1970s, the SD45 power plant had growth potential: cf. the 4200 hp SD45X.

---
(*) Who first had this bright idea? The first instance I know of in which 645 power assemblies were used to get 2000 hp without turbocharging in a locomotive (and with an engine crankcase) that started life as a 567 was Penn Central's de-turbocharged ex-NYC GP20. I suspect there is an interesting history to be told about all this!

by trainiac
Thu Jan 18, 2018 8:31 pm
I don't have any inside knowledge either but I suspect everything Allen said is correct. The fact that the general size and design of the 567 block was carried over to the 645 series simplified the model transition and (later) was a huge advantage in upgrading older models with interchangeable parts. Other than longer radiators, the GP40 had essentially the same mechanical layout as the GP35, and many 567-engined models currently in service use 645 parts. It also meant that there was no radically new engine technology or mechanical stresses being introduced, and other than block flex/crankshaft issues on early 20-cylinder versions, the 645 was generally reliable (and familiar) right from the start.

That brings up an interesting, albeit slightly off-topic, question:

How was GE able to continually increase horsepower of the FDL-16 all the way up to 4400 HP, increasing reliability at the same time, while EMD and ALCO hit the wall with the 16-645 and 16-251 at 3500 HP and 3600 HP, respectively?
MEC407
Moderator:
Pan Am Railways — Boston & Maine/Maine Central — Delaware & Hudson
Central Maine & Quebec/Montreal, Maine & Atlantic/Bangor & Aroostook
Providence & Worcester — New England — GE Locomotives

by Allen Hazen
Fri Jan 19, 2018 9:21 pm
Getting higher horsepower is easy. EMD managed 3600 out of a 16-645 some time around 1970: one of the Union Pacific's 6900-class ("Centennial") double-diesel locomotives was operated for a while as a 6900 hp unit by rerating one of its engines. And some time around then -- I don't remember exactly when -- it was reported (possibly in a "Trains" magazine "Annual Motive Power Survey" article, though I'm surer that I saw it in "Trains" than I am of the article) that GE had run the FDL on a test stand at a rating of over 4000 hp.
The problem was getting a higher horsepower engine that didn't self-destruct at an uneconomically early date. ("Your mission, diesel engine designers, should you choose to accept...")
So, I'm not sure at all how GE managed to get 4400 hp out of a reliable FDL-16 by 1992. My guess is that it involved a whole lot of minor-seeming changes that collectively made the engine more robust. The FDL has a cast crankcase/frame, the 645 and 251 have welded ones. It may be that this difference made the FDL intrinsically more robust, and so easier to develope into a high-horsepower engine.
(But, for newcomers who don't remember my saying it before: I'm a rail-fan, not an engineer, and anything I say should be taken with appropriate amounts of salt.)

by bogieman
Sun Jan 21, 2018 3:31 pm
The 645 development was any easy way to get more displacement thus more HP with minimal investment. The biggest machine tool at EMD was the boring mill that bored the block 4 cylinders at a time in pairs on opposite sides of the block. By only increasing the bore of the cylinders and not their spacing, no change to the block fabrication and machining tools was required keeping the investment relatively low. If you look at a 645 cylinder liner, there is not a lot of material around the head studs so going any bigger was not practical without a larger OD liner which would have likely increased the spacing between cylinders lengthening the engine requiring major new tooling investment. On new LRO (locomotive rebuild order) locomotives prior to the 710 models, EMD was able to reuse the crankshafts from 567 trade-ins.

EMD was all about backward interchangeability allowing upgrade of older locomotives which no doubt made the 645 attractive to management. Most of EMD's profits came from parts sales and upgrades were a big part of that.

As I recall, the development of the 710 was driven by improving fuel consumption as much as HP. Again, it was a relatively low investment way to get there by only increasing the stroke from 645. The machine tools to machine the block and the liners were relatively easy to modify as well. The bigger G turbocharger that it required probably cost as much in tooling as the increased height of the block.

by Allen Hazen
Sun Jan 21, 2018 9:06 pm
Thanks, Bogieman! A number of earlier commentators (me included) have nosed around the idea that minimizing changes from the 567 (& maximizing component compatibility) was a goal, but you have given specifics. The bit about the machine for boring cylinder holes into the block was particularly helpful: we had looked at similarities in the PRODUCT (engines, locomotive platforms accepting the engines, parts), and you have pointed out to us the importance of minimizing changes to the PROCESS. Thanks again!

Aside from displacement, I don't know what other factors on the 645 limited the horsepower (the 710 did receive a new turbo design). But the starting point of the 710 (3800 hp) was already close to the horsepower-per-displacement ratio of the 645 at 3500 hp.

I suppose the development of the 710 was similar to that of the 645 - an evolutionary change within the same basic design that improved reliability while leaving a little more displacement in reserve for later horsepower increases. GE and EMD made roughly contemporary advances in power and efficiency; GE just didn't need to change the displacement to do so.
--Michael Eby
--http://trainiax.net

by Engineer Spike
Thu Mar 08, 2018 4:36 pm
The other day I was running one of CP’s GP20eco locomotives. Your comment about evolutionary changes made me think about how some parts of that modern locomotive trace their heritage back 80 years. The 710 diesel is just an evolutionary redesign of the 567, and even the trucks are the original clasp brake, leaf spring Blomberg originals. 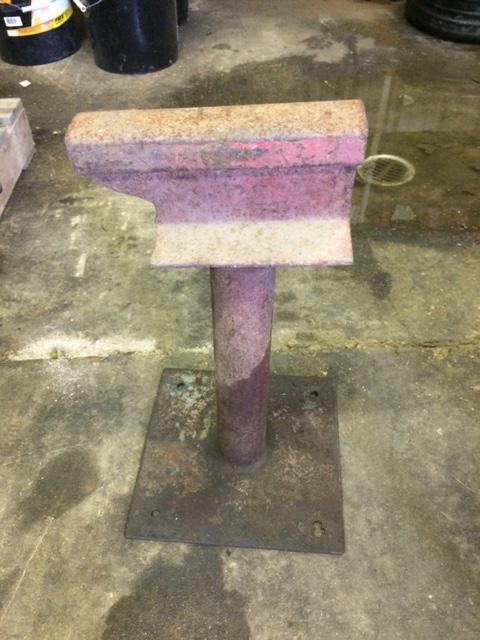