by ccutler
Fri May 04, 2018 6:41 am
Thanks for posting. That's the end of the Dundee Spur. It's been bought by a developer at an IRS auction, after the IRS seized the line from its prior owner for indebtedness to the IRS. Sad ending.

by rr503
Fri May 04, 2018 6:47 am
Insteresting that they claim there have been no active customers for five years/are no prospective customers. Anyone know what the deal with that is?
My RP

by airman00
Fri May 04, 2018 9:17 pm
I don’t think the no customers thing is entirely true... go back in this thread one page and you will see the NYGL got at least 2 covered hoppers recently. What is that then? And I thought railroads had some kind of protection against someone buying a line just to rip it up.

by pdtrains
Fri May 04, 2018 10:23 pm
Did the NYGL owners really try to develop business, or was it "the trash and debris business, or bust" Its sad to see someone potentially with the best of intentions...like storing museum equipment..just walk away from everything. I wonder how much was owed the IRS? NJ is just one big suburb anymore, and a member in good standing of the NE rust belt.

by Angus202
Sat May 05, 2018 1:36 pm
Pretty sad how this operation played out. I noticed ties laid between the gauge at the interchange track as far back as December '17, not sure if the section of rail Sully mentioned was removed then, but it sure is now along with the tie plates and joint bars.

Passed by the "HQ" a few weeks back as well, the only thing that even resembled an operational machine was a backhoe that had recently pushed some soil around the yard there. I know the geeps don't run, but can anyone comment if they were at least stored drained & serviceable? Hope they can find a home somewhere instead of being scraped on site, as I'm sure the bulk of equipment will be.

by kamerad47
Sun May 06, 2018 6:02 pm
I don't know what they can do with that property , there are so many empty things down there shoprite moved out & that area has never recovered from that fire 25yrs ago!!!!!!!!! They were trans loading scrap but NS were charging too much $$$$$ to interchange so that stopped!!!

airman00 wrote:I don’t think the no customers thing is entirely true... go back in this thread one page and you will see the NYGL got at least 2 covered hoppers recently. What is that then? And I thought railroads had some kind of protection against someone buying a line just to rip it up.

by pdtrains
Sun May 06, 2018 11:52 pm
I heard that the problem was excessive rules are regs from the local city halls made it impossible to have a C&D station there without insane expenditures. If I know NJ politics at all...there's some friend of city hall, or even a local politician who has his eyes set on building a condo complex there. There's no such thing as conflict of interest in NJ. The politicians blatantly have there fingers in the cookie jar. IMHO, of course.....

by blockline4180
Mon May 07, 2018 10:17 am
Ill tell ya... Reading the document and hearing about this news really makes one want to slit their wrists or bang your head against a wall!!
Only in NJ where all they seem to care about these days is building condos, apartments, retail and strip malls.. Nice place to live if you like traffic jams and high taxes eh?!!?
~Steve Pellettiere
Co-Moderator: DL&W/Erie/EL Forum
"Each of us makes his own weather, determines the color of the skies in the emotional universe which he inhabits."

Shame, too. Didn't they just recently (less than ten years ago) redo the rails under the pavement on Monroe street?

I hope they salvage the equipment that's been rusting away in their "yard" before they rip all the tracks out, but I doubt it'll move by rail because the application specifically says they are "Not A Carrier". Hell I'd buy some of that and stick it in my own back yard, just to see it not go to the scrapper. Isn't there a Fairmont speeder in there?

edit: and who owns that stuff anyway? I seem to remember that the URHS had some of their equipment on that property, once upon a time.

I'm also hoping they'll keep the curved bridge over the Passaic River. Maybe they can put on a deck and fences/guardrails and repurpose it as a pedestrian bridge. They'll need it for access to the north end of Pulaski Park from Garfield anyway, there's no other way in there from the north.

I also noticed in the file that the property in question extends all the way up to Monroe Street, presumably where it interchanged with the long-gone NYSW branch that terminated there from the north (although you can still see a few crossings that haven't been paved over yet, but the bridge is long gone.) This right of way has long been encroached on north of Passaic Avenue past the abandoned school administration building. I wonder if the new owners are going to have some words with the owners of that property.

edit again: if it's going to be a park anyway, maybe they could leave the rails in place and have speeder rides... hey, a man can dream.

Otto Vondrak wrote:So what happens to the ex-NYGL equipment stored there? 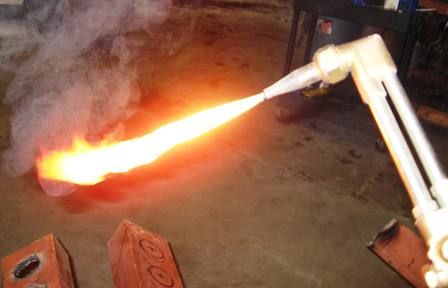 by Sid Farkus
Sun May 13, 2018 1:32 am
If this company is bankrupt, what happens to the equipment in Port Jervis?
"If pizzas were manhole covers, the sewer would be a paradise." -Ed Norton

Sid Farkus wrote:If this company is bankrupt, what happens to the equipment in Port Jervis?

The same party or someone else got it at auction.

If anyone wants to save that stuff, they should reach out to the new owners and see if they in fact own the port jervis equipment too. Is it on Metro North property though?

I'd imagine they own anything left on the dundee now. There is a nice caboose, alco FA and perhaps some other cars worth saving down there. Now would be the time to see what can be done.