The WNYP sent out a notice to various forums around the internet inviting the public to come out for the unveiling!

It was an absolutely beautiful day! about 70 degrees, clear sky, bright sun, no humidity..couldn't ask for a nicer evening.
I arrived about 5:30 and some railfans were already gathering:

WNYP Road power is bedded down for the evening:

Mr. Belke and other crew members from the WNYP came out to welcome us, and tell us all about the history of the new locomotive..

And here she comes! the star of the evening, WNYP 406!

Looking sharp in her new LAL black and yellow paint! 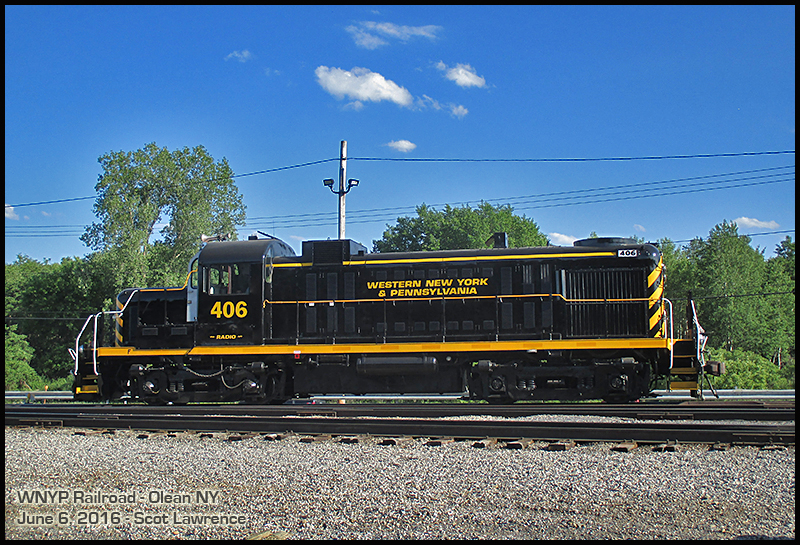 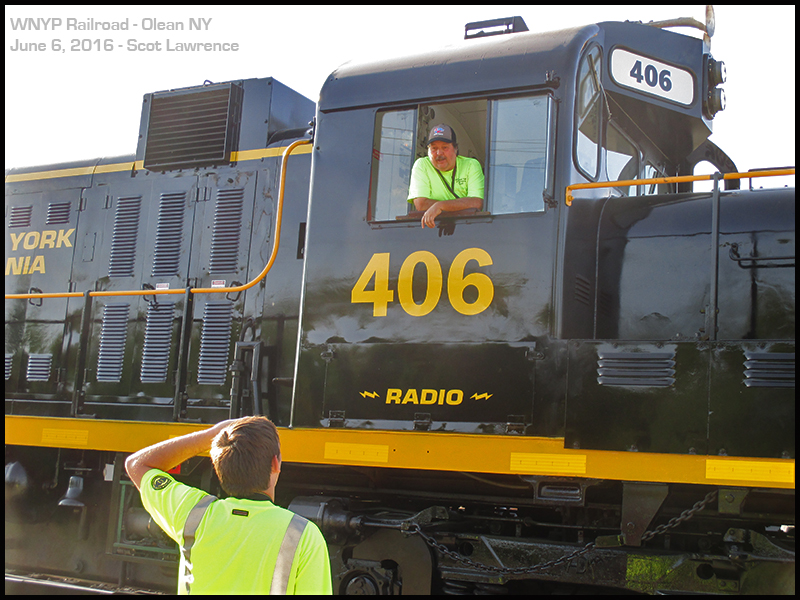 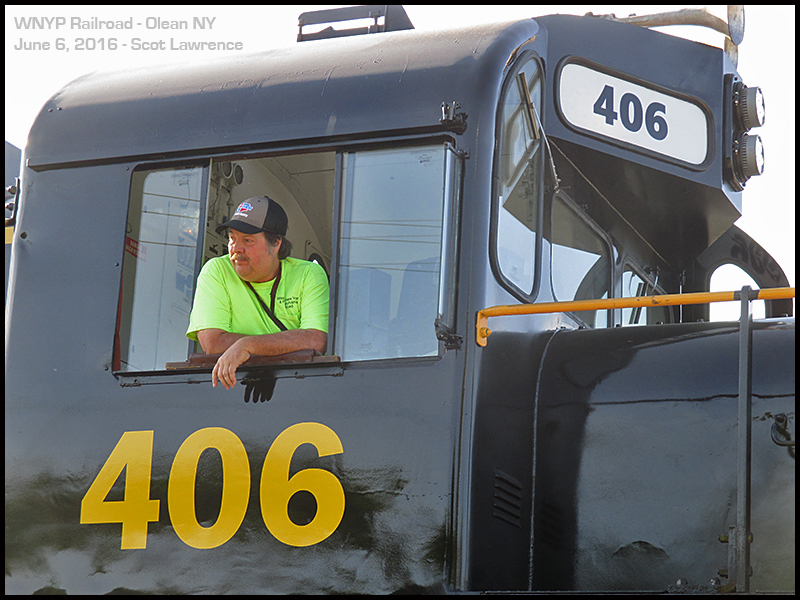 We got to tour the shop!

430 will live-on, thanks to parts from her sister unit:

Back outside for a last look around:

Last shot of the day. Alcos and MLW's still hard at work:

THANK YOU to Mr. Belke and the whole crew at the WNYP for hosting this event!
and thank you for all you do to keep these beautiful machines alive..we all appreciate it!

by amtrakhogger
Wed Jun 08, 2016 12:29 am
Is that square box extension on the hood for dynamic brakes or is for combustion air intake?
He is a railroad man. Isn't there a discount for a railroad man?

by mandealco
Wed Jun 08, 2016 3:34 am
That box contains the dynamic brakes, or it did when rebuilt years ago. The D&H RS-3's had their dynamic brakes in the short hood, so they had to be relocated when the short hoods were chopped during the MK rebuilding.
Cheers
Steve
NZ
There's only one Alco in NZ. 8-(

tj48 wrote:Great photos. Any idea what the WNYP is going to use the 406 for?

She is primarily the Olean yard switcher.