by BandA
Thu Apr 14, 2022 1:21 pm
^^---- This. Used to go to Edaville almost every year. So wonderful with the National Fire Museum there too. In the station cafeteria there was a picture of a delicious hamburger, captioned Dr. Pepper, so I ordered a Dr Pepper and a coke! Was so angry, and hungry. I still have the souvenir soaps scented with cape-cod style flowers like bayberry. Loved those old yellow wooden coaches.

This can't be a big surprise. A non-profit would have less trouble leasing equipment from Maine Narrow Gauge or WWF, or getting volunteers to work. Mr Priscoli is a real-estate developer first, and if he is selling it may indicate the market topping out, plus the accumulated stress of 2+ years of Covid.

It seems like things get a little worse, a little less interesting every year. Perhaps this will buck the trend!

by BandA
Thu Apr 14, 2022 1:25 pm
I'd like to see some technology students design a two-foot, gossamer lightweight train with solar panels that charge all day. Then at sundown the train takes a solar-powered trip, then parks next to the steam train.

by BandA
Thu Apr 14, 2022 1:31 pm
At the small Edaville petting zoo, a goat was unhappy that I was holding back some of the food. He looked at me with those crazy goat eyes, and head butted me in the stomach knocking out all the wind. I gave him all the food. So embarrassed I never told my parents.

by Who
Thu Apr 14, 2022 1:33 pm
It's more than just a train, there's a whole amusement park associated with it now. A for-profit business with paid employees is the way to go, volunteer run theme park would be a disaster and that's even if it made it to opening day.
Who's on first?

Re: Edaville Discussion - FOR SALE!

Jon Delli Priscoli, the owner of the Carver, Massachusetts for the last 21 years, is retiring to spend more time with his family.

The 65-year-old Priscoli said it was a tough decision and he had hoped that a potential buyer will come forward, bringing new ideas and new energy for the location.

"Our preference would be to see that the park continue on," Priscoli said. "It needs new energy, new vision."

"When the beautiful opportunity presented itself to me, I didn't want to see another provincial, wonderful thing of my childhood evaporate," Priscoli said. "We have put over $25 million into it over time. It would cost north of $60 million to replace what's here."

Priscoli would not comment about a potential price for the property.

"Somebody could come in and really expand this and add live events and outdoor events," Priscoli said.

Read more of this story at WCVB's web site
Seen behind the motorman on the inside wall of a PCC departing "Riverside" many years ago: "Pickpockets are on duty for your convenience."

by jwhite07
Mon Apr 25, 2022 6:53 am
I went there on Saturday for the 75th anniversary event. #11 was running on the 2 mile short loop, while #3 down from Maine was assigned to the longer rides on the original 5 mile loop, now truncated near where Mount Urann once was. Apparently they went as far as they could go and then backed down to the junction and did the same thing on the other side. I helped a friend and his brother recreate a photo of the two of them posing in front of a locomotive when they children over 40 years ago, and we took a final ride on the short loop behind #11 in the open car. The weather was absolutely perfect, and the event was busy and well attended, though not so busy as to detract from the enjoyment of it.

There were a few other things to see such as model railroad displays in a couple of the buildings and a small group of vintage autos and old belt-and-flywheel steam engines, and a 7 1/2 inch gauge live steamer running back and forth on a hundred feet or so of track.

During the ride I noted that the roadbed is still in very good condition, all of the block signals and grade crossing apparatus were still fully functional, the buildings were well maintained, and the trains looked good and ran well. The Thomas equipment by the roundhouse was all sheathed in white plastic boat wrap. The old amusement park rides adjacent to the rail right of way, however, looked to be in derelict condition, and the now incongruous ex-MBTA 1153 and its uninspiring red dip job paint scheme had seen better days. But for a place teetering on the edge of existence for so long, it mostly did not look the part. All in all, I very much enjoyed what might have been my last visit to Edaville.

jwhite07 wrote: ↑Mon Apr 25, 2022 6:53 am . . . while #3 dowm Maine was assigned to the longer rides on the original 5 mile loop, now truncated near where Mount Urann once was. Apparently they went as far as they could go and then backed down to the junction and did the same thing on the other side.

Checking Google Maps it looks possible to build a loop near where the Mount Urann track ends, put a NW leg wye at the junction and run trains up there again along the scenic reservoir. 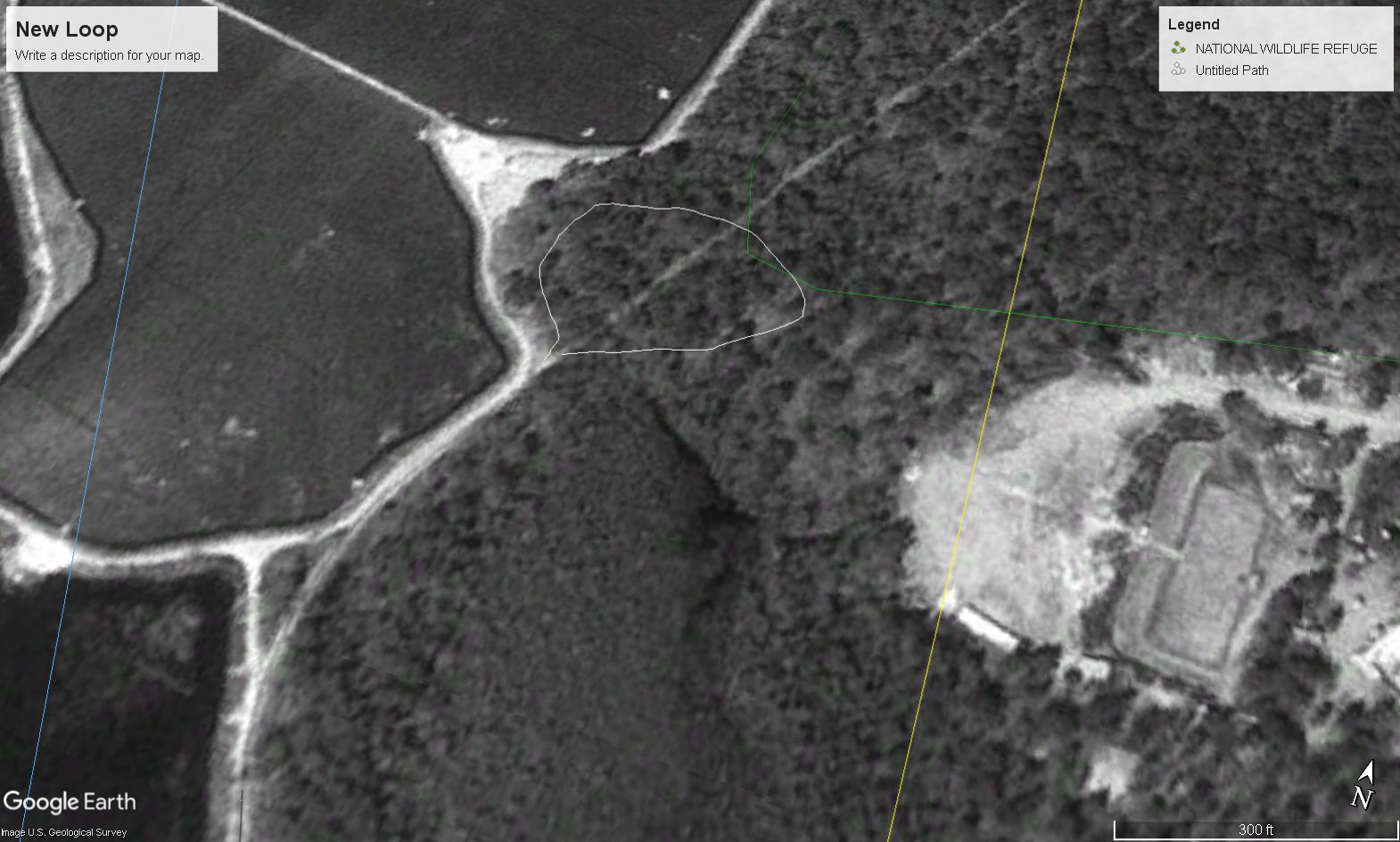 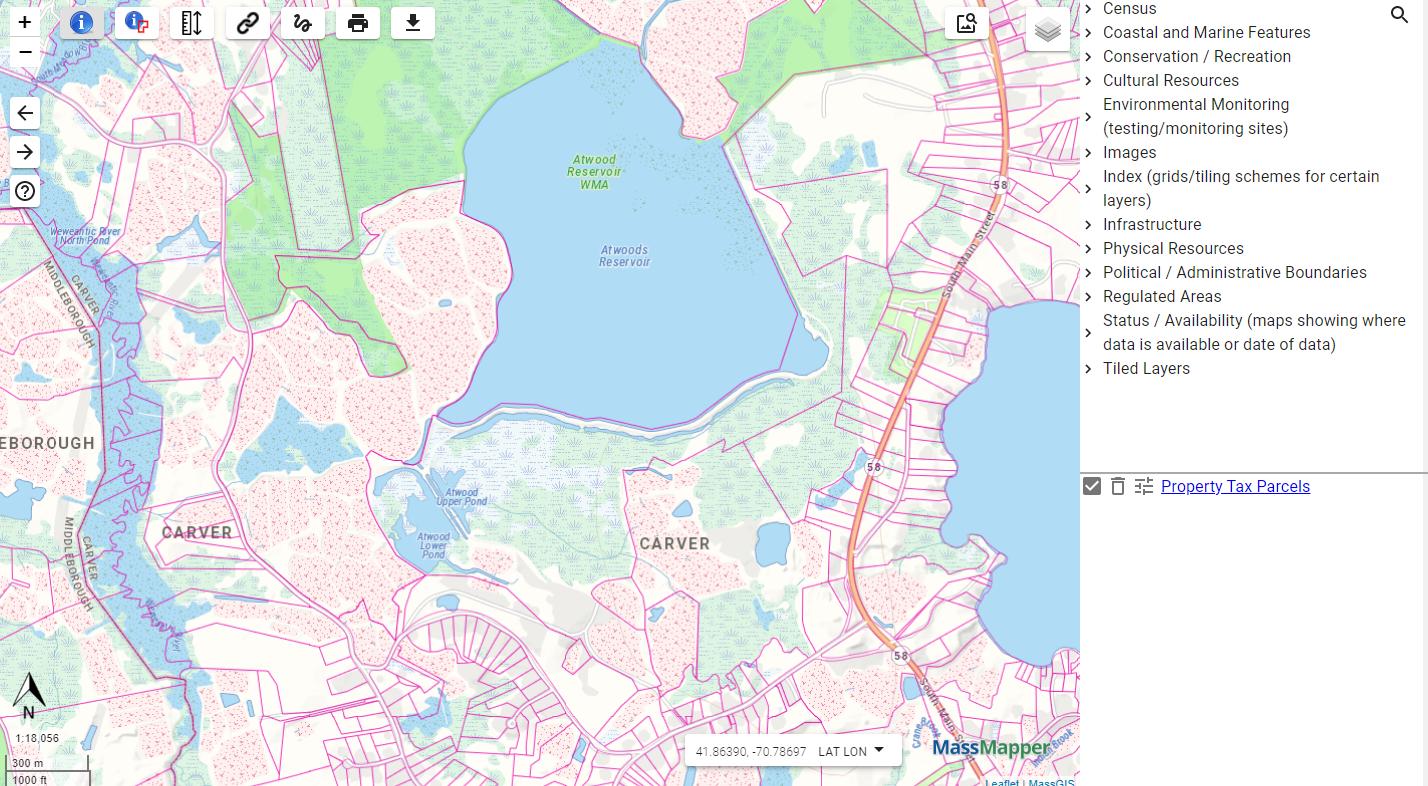 Seen behind the motorman on the inside wall of a PCC departing "Riverside" many years ago: "Pickpockets are on duty for your convenience."

This is grabbed from the website of another Railroad he owns where the scale is 1:1

We know it as the Grafton & Upton.

The Grafton & Upton Railroad, one of the companies Jon owns as part of First Colony Group, a freight transportation company located in central Massachusetts that was named one of the country’s fastest growing short line by CSX Transportation. This is no small feat considering that the railroad had been dormant for 20 years when he purchased it in 2009. In his earlier railroad career, Jon owned and operated Quincy Bay Terminal in Quincy, MA an industrial line and he played a key role in launching the Cape Cod Central Railroad.

The railroad Jon has been most passionate in owning and developing is the diminutive one Ellis Atwood built for Edaville in 1947. Like most children raised in southern New England, Jon has fond memories of visiting Edaville Railroad with his family. In 1974, he was hired for a summer job. Fast forward to 2001, in a full circle moment, Jon purchased the Edaville Railroad Park. Since purchase, Jon been actively improving and expanding the park into family-oriented theme park open nine months a year. Recently Jon invested over $20,000,000 for the creation of the only Thomas Land featuring “Thomas the Tank Engine” theme park in the United States with an exclusive license with Mattel. In 2017, over a quarter of a million guests visited Edaville Family Theme Park. Edaville has hosted over six million visitors throughout the years and is featured on Good Morning America for its’s design around children with Autism and other learning disabilities
plus.

Jon is committed to the historical preservation of buildings and railway. He is a patron of the arts and an avid collector of American antiques from the 18th, 19th and early 20th centuries. He also is a Trustee of the historic Wayside Inn in Sudbury, Massachusetts as well as a trustee of the Sippican Historical Society in Marion, MA. In order to be closer to Edaville, he bought and lovingly restored a locally-significant historic property “Leyden Cottage” (circa 1852 gothic revival home) in Carver, where he lives with his wife and four sons. Jon and Jennifer are currently restoring a 2nd Empire-French Stone Mansion “Deerfoot” in Southborough, MA, with a chapel, carriage house
and cottage as a Boutique Hotel, along with restoring the Frederick Law Olmsted 19th century landscape.
RAILROADS: AMERICA'S MOST IMPORTANT TOOL FOR ENERGY CONSERVATION. REMIND YOUR POLITICIANS HOW YOU WANT YOUR TAX DOLLARS SPENT.

by bostontrainguy
Thu Aug 25, 2022 8:50 am
Edaville plans to reopen in the fall for it's "Christmas Festival of Lights". I believe it's just the railroad part and the Thomas side will remain closed. I wonder if they ever considered a sponsorship? I always thought that Ocean Spray would fit the bill perfectly but I don't know if the idea was ever considered. Ocean Spray could even buy the whole thing . . . think Hershey Park. Add a campground and get people there almost year round. That would be awesome but just wishful thinking on my part of course.

“Our plans are essentially to get Edaville back to its original roots — local themes, steam trains.”

Things that make you say "Hmmmmm"...
Seen behind the motorman on the inside wall of a PCC departing "Riverside" many years ago: "Pickpockets are on duty for your convenience."

by BandA
Fri Aug 26, 2022 2:21 pm
Oh that is really interesting! I think Mr. Priscoli may have missed the window to sell for this economic cycle, so now he is leasing it to an operator.