by Red Wing
Tue Feb 22, 2022 9:03 am
Looking at a map at my friends house I noticed a rail line that went from where the steamer from Haverhill docked to Broadway St. In fact looking at a current map there is a Railroad Ave that goes from Broadway to Atlantic Ave. near the Reservation. I did a search online and found nothing. Does anyone here know about this line?

by highrail
Tue Feb 22, 2022 3:11 pm
I did a little digging, and I am guessing that it was a trolley line. I took a look at books by Ronald Karr and Robert Lindsell, both great resources about old lines in New England, and found nothing. The maps in both books show the line from Salisbury to Amesbury, but nothing east to the beach. I even found an old Eastern RR map from 1872 and nothing shows.

I found a reference to a book by OR Cummings, 1965 edition of "Volume 2 , Trolleys to Salisbury Beach, Mass Northeastern St RY Merrimac Division". The description references "...Salisbury Beach Street Railway and its predecessor, the Sea Side Railroad."

I also found this nugget in the Salisbury history web site: "In 1840, the Eastern Railroad was extended to Newburyport and then extended across the Merrimack River to Salisbury shortly after. In 1846-47, a short secondary branch line, running parallel to Elm Street, led from the main line to East Salisbury." Not familiar with East Salisbury.

You could also check with the Salisbury Historical Society.

by The EGE
Tue Feb 22, 2022 3:22 pm
Originally a narrow gauge horsecar line called the Sea Side Railroad, which ran from 1879 to 1883. Converted to a standard gauge line, the Black Rocks and Salisbury Beach Railroad, in 1884, and expanded to Salisbury and beyond in the late 1880s. Electrified in the early 1890s, though steam dummies were used to haul some longer trains. The line became part of the Haverhill and Amesbury Street Railway in 1892, and later part of the Massachusetts Northeastern (pictured). 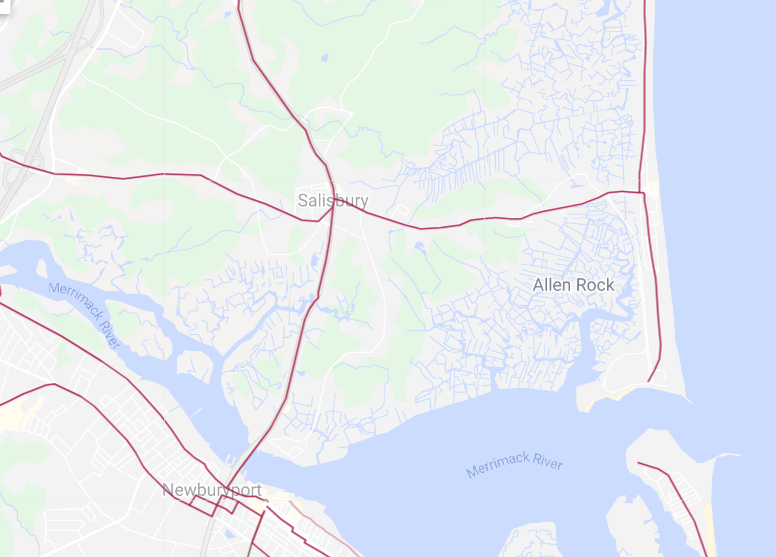 by Red Wing
Wed Feb 23, 2022 3:16 pm
Thank you for the responses all. I'm now wondering if the ferry from Haverhill was owned by the trolley company too? Guess it's time to go to steamboat.net. Probably cheaper and faster taking the ferry then a trolley from Haverhill to the beach.

by Pat Fahey
Thu Feb 24, 2022 11:15 am
Hi Red Wing
The only reference I could find, dealing with the Salisbury RR, in my books, is the Salisbury branch on the B&M. This branch was part of the Eastern RR, that became part of the B&M.
I would like to suggest you try this website, http://www.nashuacitystation.org look under railroads, for the Eastern RR.

Under the Eastern RR, they had a branch called the Salisbury Branch RR. Maybe that was the name you are looking for instead of the Salisbury Beach RR ?????. Pat

by Red Wing
Fri Feb 25, 2022 8:53 am
I should get a service to post the map to you all because some seem a little confused but using Google Maps the line would start where the parking lot is and you can see the start of the old pier by the beach:

If you go to the north of the park what I'm assuming is the right of way is now called Railroad St.
https://www.google.com/maps/search/sali ... !1e3?hl=en

Thank You EGE for the research on the steamer. and everyone else for your imput 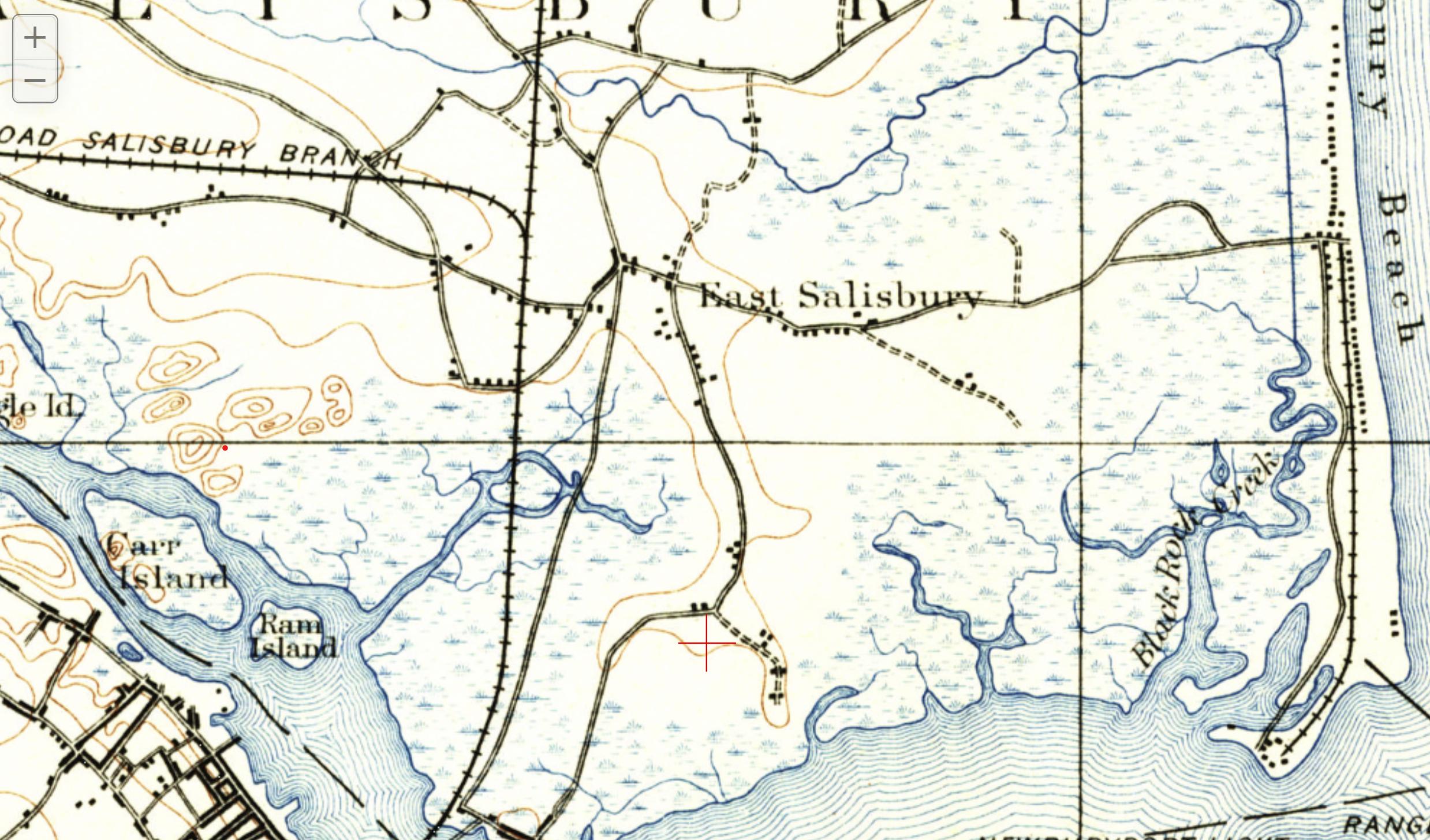 This, from the 1934 Newburyport Topo, illustrates both East Salisbury and the beachfront RR