by Rick Rowlands
Sun Dec 13, 2009 9:25 pm
The Youngstown Steel Heritage Foundation has saved ex NYC GE 70 tonner 513 (see thread on museum forum). I am curious as to what the New York Central used these locomotives for (506-513). I have heard that they were used for switching passenger cars, and the 513 has diaphragm buffers above the couplers, air signaling lines and mounts for classification lights to prove it. What terminals would have used these locomotives, and for how long? 512 and 513 were sold off in 1952, so obviously they did not work out as intended, having only served 10 years. I am particularly interested in finding out where the 513 was assigned.

by BaltOhio
Tue Dec 15, 2009 10:59 am
This doesn't really answer your question, but for what it's worth, I have photos of these taken at the following locations and dates:

As background, this class was originally bought for use on lines with light track and sharp curves, such as out of Auburn (as above). Evidently these lines were either upgraded or abandoned, since the diesels went into other services. All but 506 had buffers for passenger switching; the 506 was an oddball, having been built for Cooper-Bessemer (who supplied the engines for this class) and which had a somewhat different appearance. As you may know, 506-510 became shop engines X506-X510 in the 1953-54 period, and X506-X508 then went to NYC subsidiary Despatch Shops, Inc. in July and August 1954. The 513 was retired by ther NYC in 11/52 and sold to Ortner Co., who resold it to Cambria Slag co. in Sharpsville, PA. 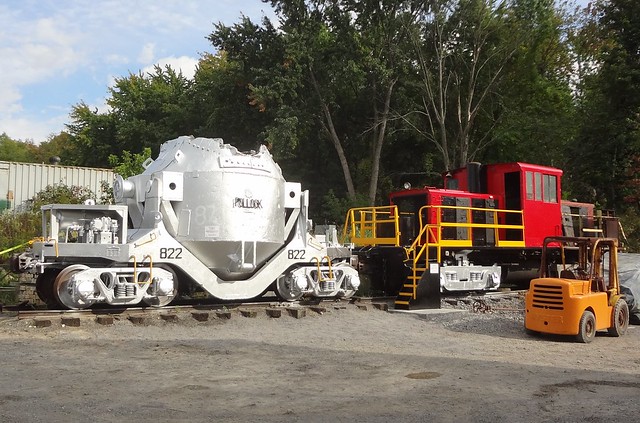 NYC 513 is getting some TLC at the Youngstown Steel Heritage Museum. The B end of the locomotive has been blasted and repainted and we will be finishing up on the A end over the summer. the B end's prime mover will also be returned to operating condition to provide 250 volts DC power for operating an overhead crane in the museum building.

We are hosting an open house on Saturday June 8 from 10 am until 4 pm. The cab of the 513 will be open to visitors. 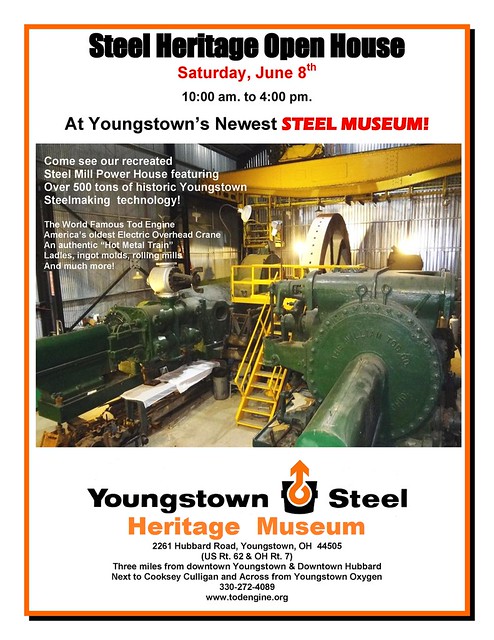