by Hux
Fri Sep 15, 2017 10:44 pm
I went through there today (first time in a while) and thought there was an orange box car parked by the crossing. Alas, a trailer obstructing the ROW. It is indeed a waste of a good spur, but not surprising given PAR's poor record of customer service, marketing/sales, and track maintenance. Aside from WCS, there are several building supply outfits located on the
spurs; prime candidates for regular deliveries.

by BostonUrbEx
Sat Sep 16, 2017 5:02 am
Pan Am never did want customers with sporadic and/or low-volume switching. They still don't pursue those customers, either. Obviously, if they had enough of them, they'd be doing high volumes of traffic on LA-2, BO-1, etc, albeit all for different customers. They'd have just that much more traffic moving over the road on the road trains, too. LA-2 just about only costs them a crew and diesel fuel -- they're not paying anything towards the mainline and its switches. It makes one scratch their head...
|| TRANSITMATTERS || NIGHTBUS || REGIONALRAIL ||

BostonUrbEx wrote:Pan Am never did want customers with sporadic and/or low-volume switching. They still don't pursue those customers, either. Obviously, if they had enough of them, they'd be doing high volumes of traffic on LA-2, BO-1, etc, albeit all for different customers. They'd have just that much more traffic moving over the road on the road trains, too. LA-2 just about only costs them a crew and diesel fuel -- they're not paying anything towards the mainline and its switches. It makes one scratch their head...

...if I were in charge.... but I'm not in charge.
My YouTube Channel:
John's Train Videos 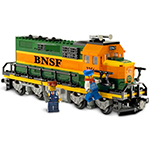 by F-line to Dudley via Park
Sat Sep 16, 2017 10:08 am
Practically the whole NH Main from Winchester to Manchester (if not all the way to Concord) is full of abutting industrial parks with defunct rail sidings or siding clusters like Wilmington. Yes, it's mostly low-volume warehousing and outside of a couple outsized Tighe-like outliers that's nobody's idea of a profit center in 2017...but these locations have remained pretty stably industrial-zoned through recent economic cycles so it's not like they're all turning permanently into indoor trampoline or U-Haul rental sheds, or having faded "FOR LEASE" signs rot away for decades like the buildings they're affixed to. A carrier that gave a crap about chasing every carload could throw darts out of the OCS's cab window and pick up enough customers on that one stretch of central D2 to easily pad a BO-/LA-/NA- job's margins. And that's even acknowledging that maybe only 1 in 10 of the rail-accessible tenants on the NH Main may have any extant interest in using rail, or are located in towns where the NIMBY's won't attack the customer to thwart use of the siding, or that YMMV by town and state whether the local Chambers of Commerce and econ development boards have any interest in marketing and aiding the tenancies in their industrial parks. There's still enough of them right there at trackside that gaining pickups is little more than "shootin' free throws" to pad the margins. They don't even have to try, really, because the trickle-down effect of running reliable ops with non-antagonistic customer & community service for their LARGEST customers ends up sharpening their free-throw shooting percentage as a byproduct and gains them some on-line pickups without really needing to try. Run on-time between yards without canning and do classification with some degree of efficiency: get more bites at both the largest/juiciest IM targets while attracting a small swarm of gnats as well. Not hard, and not one iota's deviation from a master plan. It's eminently doable to pad the margins with smaller customers without having to expend one extra brain cell's effort on any sort of pivot to smaller customers that risks taking focus or resources away from big iniatives. This railroad has so much unexplored room for improvement that those local pickups simply get swept up in the aggregate improvements of taking care of business with their main profit centers.

Anybody but Pan Am would see opportunity in that...and pretty much everyone who makes a bid for D1+D2 when the system is ultimately partitioned will see the opportunity in what those 45 miles of central D2 from Montvale to Manchester can contribute in on-line free throws after the resulting railroad has reformed its whole means of doing business.

by QB 52.32
Sun Sep 17, 2017 9:36 am
The reality of the situation you describe is less about Pan Am's management overlooking easy "free throws" and more about overcoming the substantial challenge of logistical, modal and carrier competition right down to the starting point of financially justifying the expense of putting in a switch and re/building a siding for a low-volume receiver. Even with those 1 in 10 "acknowledged rail-accessible tenants", to get the real picture you have to ask how many ship or receive products with cubic densities at least 25 lbs/cubic foot in carload quantities moving at least a mid-length of haul that a likely Class 1 connection could/would want to participate in, and with all principals in the existing logistics chain seeking change? In that light, the opportunities are limited and other prospects provide the bigger bang for the buck.

by newpylong
Sun Sep 17, 2017 11:38 am
There's a massive difference logistically and economically between serving a consignee you're going by anyway vs 30 miles out on a hideous branch line.

That kind of mindset is exactly how the railroad got into the situation that they are now in. They relied only on the cash cows for years even when the hand writing was on the wall. Now the mills and coal are (mostly) gone, and the only thing keeping Pan Am afloat is their stake in PAS. Other railroads have adapted to the historic changes in carload commodities including going after smaller volume, and Pan Am is late to the party. They wouldn't still be around if it wasn't for the handouts from NS, NNEPRA, MassDOT, etc to take core infrastructure off their books and give them sorely needed capital.

by NRGeep
Mon Sep 18, 2017 2:21 pm
And they have burned bridges with many former clients (see Erving paper) who will not reconsider working with little g/PAR again.

by Hux
Thu Jan 31, 2019 12:05 am
Fencing is across the ROW adjacent to the Woburn St crossing. The fencing partially surrounds the scrap yard located between Woburn St. and the mainline.