what does no hump mean

what does no hump mean

Username
woodywagon7777
by Nova55
Mon Mar 06, 2006 4:18 pm
a"Hump" i s a track usually at the end of a yard with a pretty much elevated track which slopes down to different tracks, its a way of classification. Cars are pushed up and cut off and they will roll down over retarders to keep them at slow speed and go to which track is picked.
Do Not Hump is on cars that cant be humped with usually low clearence, high/wides, plows ext anything that will not be able to clear the added hight of the retarders, or if it has a special load that cant take much impact.

Username
Nova55
Posts
743
Joined
Thu Jan 19, 2006 5:46 pm
Location
Not here.
by metman499
Mon Mar 06, 2006 4:19 pm
Many larger classification yards have humps (a raised ramp with retarders to slow downhill free rolling cars) as pushing the cars up this incline and then letting them roll freely to the appropriate track is a more efficient method of switching compared to flat switching. Certain cars can not be humped hence the "no hump" or "do not hump" that you will see on cars.
Nick
Moderator for the CNJ, Reading and GVT forums

Username
metman499
Posts
493
Joined
Sat Mar 13, 2004 9:23 am
Location
Lancaster/Cranford
by Long Island 7285
Mon Mar 06, 2006 5:41 pm
Watch a load of M7s come in Odds are if they are still wraped with end wrapping they will have a genuine peice plain paper and genuine bombardiar ink sayinf "DO NOT HUMP"

and NO! that does not mean it's ok to go into the lavatory. LOL!

I had to say that.

Username
Richard_Glueck
by badneighbor
Mon Mar 06, 2006 8:05 pm
I'm sure Errol Flynn, John Wayne, and all the other cowboy stars of the 40s - 50s would roll over in their graves if they knew of the heartbreak of brokeback... I can't see Clint Eastwood there either...

Username
badneighbor
by jayrmli
Mon Mar 06, 2006 10:45 pm
As well as not humping the cars, they can't be "kicked" either, which is rolling the cars into the track. This is done in yards without a hump. Nice time saver, but not good for certain types of cars. (A flatcar with an M7 on it is a perfect example!)

I've seen a lot of trainmen go into deadhead cars with some fluff picked up in the Hamptons . . .

In addition to the practice of humping cars, a really old practice was of switching cars on one track using a locomotive on an adjacent track!

The old timers will know about this, but for you younger guys, here's what happened. It was dangerous and was frowned upon, but was done requently and locomotive pilots were constructed to allow the procedure.

So the locomotive wouldn't have to switch to the adjacent track, or, because one car or so needed to be moved and there were other cars in the way and the crew didn't want to move everything out of the way, a long, wooden pole with rounded ends was held by several of the train crew members in horizontal fashion, with one end shoved into the "dimple" formed in the locomotive's pilot. The engineer would gently roll forward until the other end of the pole was shoved into a corresponding dimple in the end of the freight car.

Then, when contact was made, the crew would get out of the way and the engineer would move the car.

Check the dimple at the far right of the pilot, just above the front pony wheel, sort of highlighted by the sun. They were always located on each side of the pilot:

I know you've probably seen these lots of times in old photos and never gave them a thought! They were on the older engines. The G5s and K4s did not have them as they were not classed as freight engines. 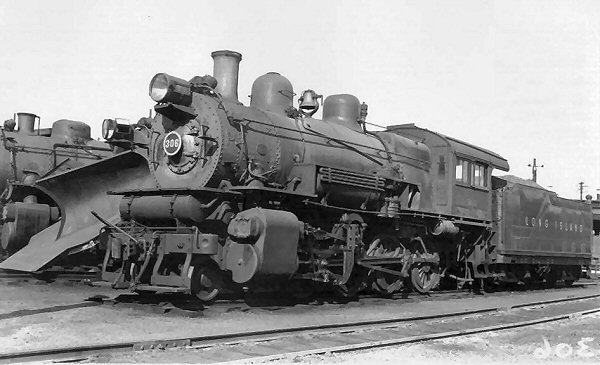 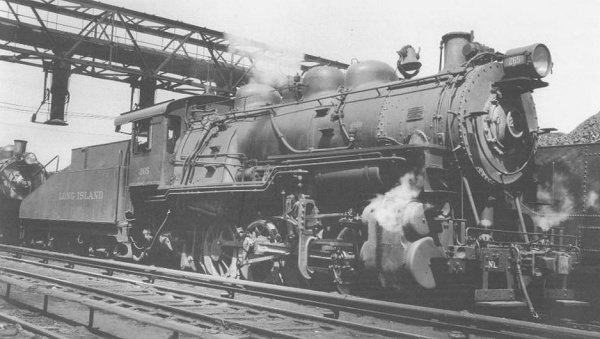 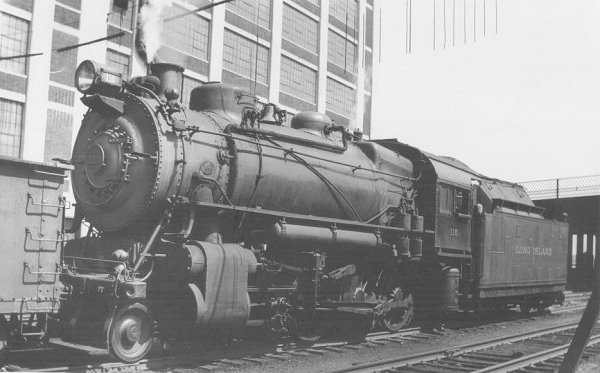 In there any meuseums that "pole" today for buffs? I don'y mean serious polling but just a few feet.

Username
RPM2Night
Posts
987
Joined
Wed Feb 02, 2005 11:05 pm
Location
Westbury NY
by Chicagorail1
Thu Mar 09, 2006 12:32 am
Unless Its a big shift-able load with poor or lose tie-downs and no end bulkheads , the railroads will hump it regardless of it saying "Do Not Hump". Probably hump hundreds of cars saying "Do Not Hump" It's just too time consuming to shove over the hill to a joint and pull back. Thing of "Do Not Hump" like writing "Fragile, Handle With Care" on your luggage to an airline!

Username
Engineer James
Posts
1195
Joined
Fri May 20, 2005 7:47 am
Location
South of CH 17.9 CSXT Detroit Subdivision
by GOLDEN-ARM
Thu Mar 09, 2006 3:56 pm
"Well., some cars, such as LOADED tankers "......(GROAN). TANK CARS are not "tankers", and yes, they certainly do get humped. The ONLY car I have never witnessed being humped, is a "candystriper", Hydrosulfonic acid (sp.?) car. I have humped long cuts, of every conceivable chemical, over the Englewood hump, in loaded tank cars. The railroads swear this is legal, and we do it daily. Kicking them, for some strange reason, is another story altogether, even if you wanted to have a rider on the car. Go figure.....

Username
GOLDEN-ARM
Posts
2795
Joined
Wed Jan 26, 2005 10:53 pm
Location
" LVRR CRANFORD STATION, 1962"
by BR&P
Thu Mar 09, 2006 9:21 pm
In more recent times poling may have been frowned upon, but long ago it was a normal practice. Many steam switch engines carried a pole in special holders so it was always handy. I have seen photos of a caboose-like car with a pole permanantly mounted on it - the engine pushed the car, and at the appropriate place the crew swung the pole out from it. Because the pole was attached (hinged) at one end, the crew was saved the trouble of holding the pole by brute strength while things were lined up.