by CP4743
Thu Jan 11, 2018 4:04 pm
Yes, the Snow Train ran. The high in North Creek that day was minus 5. They had a decent level of ridership. 10 minutes late arriving North Creek and then a few delays in North Creek due to the cold weather. But Amtrak had lots of cold weather issues last weekend too.

tree68 wrote:There's a lot of money in the Adirondacks, and the people with that money want their forest to themselves. We're lucky they deign to let us visit the high peaks...


EXACTLY. They want their private playland and Cuomo has been purchased to achieve the agenda. I am waiting to see if Cuomo actually takes my tax dollars and uses them to shut down an active business in the Adirondacks (by the state purchasing the Sanford Lake Branch).

by rhallock
Sat Jan 13, 2018 8:41 pm
Not directly related to New York state, but indicative of the mindset of the elitists is a battle now raging over a bill which would allow mountain bikes in wilderness areas. Just Google "Wilderness Society" and "mountain bikes" and see what you find.

by johnpbarlow
Sat Jan 27, 2018 6:35 am
Perhaps a rhetorical question but is Chuck Schumer being a bit "over the top" about S&NC's intention to store tank cars on its unused line up to Tahawus in his letter to the STB? His letter seems to be quite hyperbolic...

by Benjamin Maggi
Tue Feb 13, 2018 9:58 am
Apparently, their #52 diesel engine (a BL-2) derailed on 2/06/2018 and the S&NC has been running it non-stop so that it wouldn't freeze. I thought engines had anti-freeze systems, but apparently not. I am surprised it hasn't been mentioned here yet.

by BandA
Wed Feb 14, 2018 12:48 am
This is wild. The Johnsburg highway superintendent slammed on his brakes when he saw the train engine running near the intersection with no crossing lights! Caught the rail that was sticking up. Totaled the truck & plow & was injured http://poststar.com/news/local/derailed ... 81dc7.html 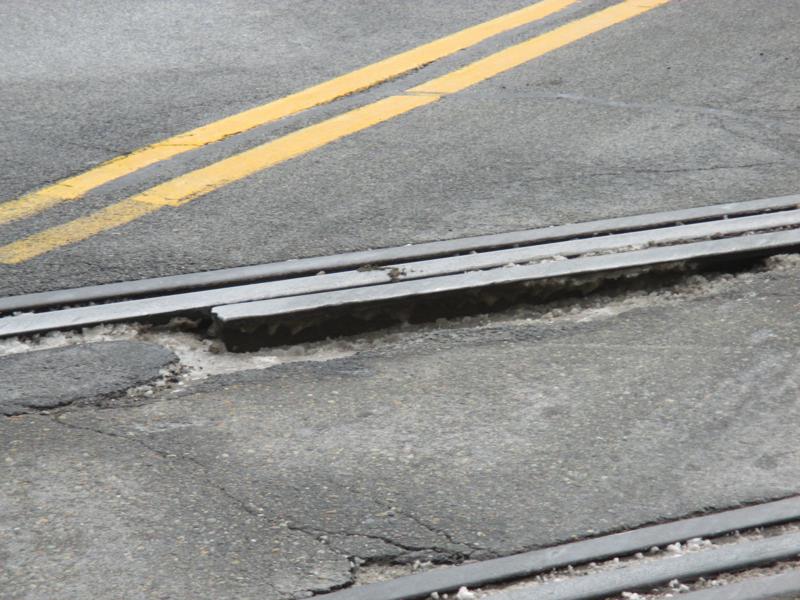 Sometime late Monday or early Tuesday though, someone climbed into the machine and turned it off, prompting the railway to call the Warren County Sheriff’s Office. It was unclear whether the locomotive was damaged by the shutdown.

by nydepot
Wed Feb 14, 2018 8:21 am
Funny, the rail is not sticking up above any of the other track. Sounds like he didn't raise the plow high enough.

by lvrr325
Wed Feb 14, 2018 9:06 am
Diesels do not have an anti-freeze system because the piston liners are wet and water can get into the oil. When shut down they must be drained of water. I hope that guy didn't ruin the BL-2 out of ignorance; the block could be replaced, but I suspect the radiators and things are unobtanium.

Boy, the incident is way overblown out of proportion though. There's no visible damage to the truck, a pickup; nothing to have hung up unless he had the plow down and on the road either. His whole story makes little to no sense. It's more likely he jumped on the brakes and spun the truck out when he saw the locomotive there. Have to wonder how he could knock himself out and yet not hit hard enough to deploy the airbags, too.

by CP4743
Wed Feb 14, 2018 3:23 pm
Agreed. The story has lots of holes. A Highway Superintendent, driving in his town, approaches a crossing at high speed with a low hanging plow and slams on his brakes because he thinks a stopped engine is actually moving and the crossing lights are broke. PERHAPS the Highway Superintendent should have had the common sense, knowing he had a low hanging plow, to approach the crossing at a slow speed.

by greenwichlirr
Wed Feb 14, 2018 4:05 pm
Yeah...something in this story stinks beyond comprehension.

And the resident loose-cannon from ARTA, the group waging war on the Adirondack Scenic, couldn't wait to jump in with his own trademarked verbal diarrhea:

lvrr325 wrote: and yet not hit hard enough to deploy the airbags, too.

Doubt that airbags would go off... otherwise they would go off a lot of times if they slam into harden frozen snowbank from previous storm.

And plows aren't that strong, either, when a plow truck I bought years ago had the brakes fail I creamed a pole with it at about 10-15 MPH. It busted the welds on the A-frame of the plow and bounced it off the truck bumper. If he hit with the plow so hard it spun his truck out, it would pop the bags.

lvrr325 wrote:You're talking to someone who's worked on cars. Again, he hit so hard he knocked himself out, but yet didn't hit anything hard enough to set off the bags? That doesn't add up, plow or not.

And plows aren't that strong, either, when a plow truck I bought years ago had the brakes fail I creamed a pole with it at about 10-15 MPH. It busted the welds on the A-frame of the plow and bounced it off the truck bumper. If he hit with the plow so hard it spun his truck out, it would pop the bags.

I bet ditching the truck next to the train tracks would make a pretty good photo op, wouldn't it?

They could even get him a new truck and surplus the old one, unless you knew to watch Auctions International (where most NYS municipalities sell off surplus assets) and kept track of the truck's county/town number, no one would be the wiser.

IMHO he may have seen the train and in shock dropped his phone and spun out, but that only makes sense if it's his first time through since the engine derailed.

One of the other problems with the clip the rail story is no apparent damage to the rail. There might not be a lot of damage but there would be markings from it hitting.