by louisfols
Fri Dec 04, 2009 9:00 pm
Can anyone that has seen photo on S. Jersey or PRSLHS site verify it as Buzbys please?

If you're speaking of the pictures on SJRail.com of the 2 large cement blocks and old rail remains at the East end of River Drive in Westville, NJ then yes this was what remained of the Buzby's Cement plant.
The Sons of Pullman Porters, and the Sons of Engineers ride their Father's magic carpets made of steel...

by JJMDiMunno
Thu Dec 24, 2009 6:38 am
Guys,
Lou was actually referring to the photo attached to this post, which was sent to the PRSLHS group as opposed to the material on SJRail.com.

by PRSL2005
Wed Dec 30, 2009 2:36 am
Dam that photo I asked over on the PRSLHS list and that went to over 20 e-mails. WOW and now its on here. I was going to bid on that but someone got it before it could.
O well I wanted that for the http://www.SJRailcom/wiki

by Lattice180
Fri Apr 02, 2010 7:17 pm
If this is the property at Route 130 and River Road in Westville, it was owned by WJ&S and must have been leased out to Buzby for the cement plant. I ended up selling the ground to a couple of gentlemen who had the idea of building a marina. But their plans never materialized as they could not get a zoning change from Borough of Westville to develop the project. It was zoned for parkland.

I have been to the Westville library to try to research this, but for an old established town the resources are meager.

by rick773
Wed Sep 14, 2011 9:53 pm
Here is a photo taken in the same location as the one with the steam locomotive above. 50+ years have passed and massive overgrowth has taken over. 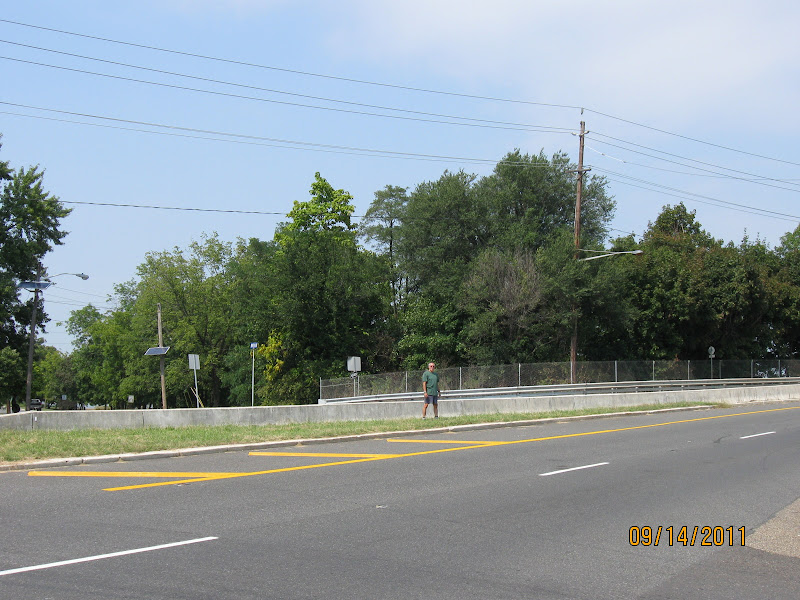 The road to the right leads over Timber Creek to the Brooklawn circles. To the left it splits and goes to 1) Woodbury; 2) Route 130 southboand.

by rick773
Tue Jan 01, 2013 5:40 pm
Just received this picture of an advertisement featuring the Buzby Bros facility.
I have never seen the PRSL power plant in the background painted like that before.
You do not have the required permissions to view the files attached to this post.