jamesinclair wrote:is the study for PATCO or for River Line?

by andrewjw
Fri Mar 15, 2019 3:52 pm
This is incorrect. The new study is for River Line, not PATCO. You literally said it. 'River Line Glassboro-Camden Light Rail Improvements"

by pateljones
Fri Mar 15, 2019 4:26 pm
South Jersey will finally be funded for new rail services and the Glassboro study is issuing this year. Senator Sweeney called Glassboro service his highest priority and I am very much looking forward to news to move this forward.

Having worked on the station project committee in town and being at the last Camden County open house here is what was said about transportation to Glassboro. It will be run like the riverline by TNJ. This fact is set in stone. There is no consideration whatsoever for it to be a PATCO-like system due to expense and lack of capacity during the rush hours on the Ben Franklin Bridge. Transfers to PATCO can be made at the Walter Rand transportation center. Timeline: This year and 2020, finishing up the studies and holding community meetings. 2021, Putting out the contracts. 2022, starting construction with a finish and opening date of 2025.
The state has put aside money for this but has yet to get the needed assurances that they'll get the federal dollars they need. There was no mention of how much they wanted the federal government to kick in.
Here's some history: In 2009 we were told this would be up and running in 2014. In 2012 we were told it would be up and running by 2018. In 2015 we were told our committee was suspended indefinitely because there were no federal funds available. The latest information was from the fall 2018 meeting which was basically the same thing thing we had been told at the 2009 meeting except the timeline was stretched from 5 years to 7 years. The information came from Louis Cappelli, Jr. Freeholder Director, Congressman Donald Norcross, Freeholder Carmen G. Rodriguez and the late mayor of Gloucester City William James so I would assume this timeline is pretty much what we're going with now. Excuse me if I don't get too excited until we get past the study and information stage. We've been stuck in that for over ten years and at best have nearly two years left to go. 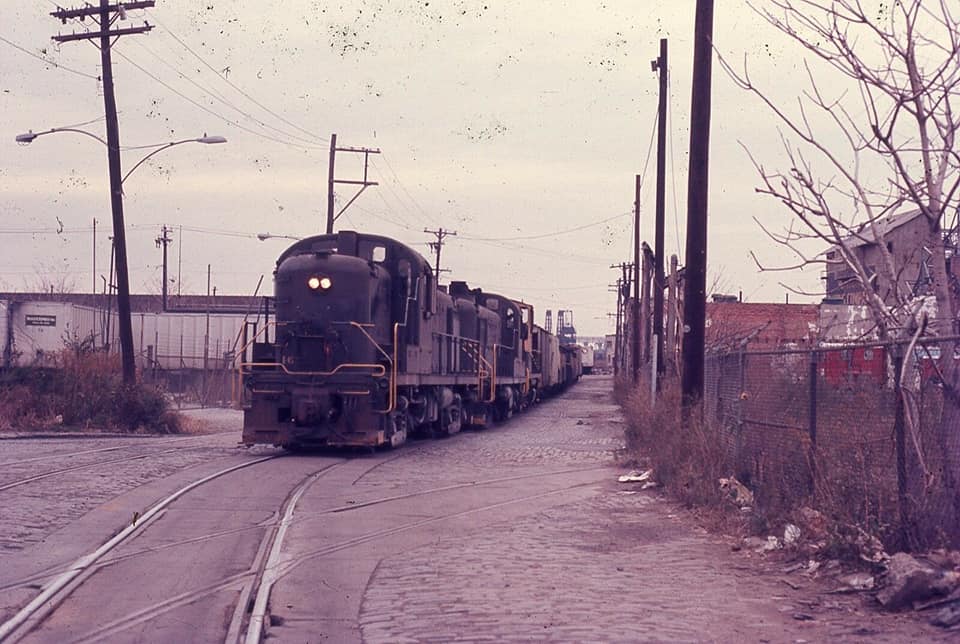 Where does it say PATCO? The quoted paragraph just says RiverLine.

by ChesterValley
Sat Mar 16, 2019 3:17 pm
The study is being done by DRPA and PATCO for the riverline
The Scheduled 11:30 R5 Local to Malvern Next To Arrive on track 4 Section B

ChesterValley wrote:The study is being done by DRPA and PATCO for the riverline

by drinkatoast
Fri Mar 22, 2019 3:21 pm
As the tech is apparently going to be RiverLine-type DMUs, I sure hope they're planning for much higher FREQUENCY and higher OPERATING SPEEDS given the much greater ridership potential on this route compared to the Camden - Trenton. And sadly, I'm also skeptical until I see the first dozers actually on-site.

by WashingtonPark
Sat Mar 23, 2019 1:12 pm
https://www.american-rails.com/pennsylv ... ml#gallery" onclick="window.open(this.href);return false;[pageGallery]/1/ If you check out the PRSL schedule here this is pretty close to what TNJ is planning to run if it ever gets built. It's going through towns without grade separation so most of the track will be 40MPH, and you don't know how much complaining the NIMBYs did about that wanting the trains to be restricted to 25MPH through town.

ExCon90 wrote:Can that be right? It's not worth doing at all if that's all the service they're going to run.

Meant that that will be the amount of time required to go from Woodbury/Glassboro to Walter Rand. jamesinclair is correct in his assessment. Maybe more frequent than every 30 minutes during the rush hours.

by ExCon90
Sun Mar 24, 2019 2:41 pm
I misunderstood--and it's true that there can't be any significant improvement in transit time. LRVs are more agile than RDCs, but probably not enough to gain more than 5 minutes or so end-to-end. And based on what I hear on the KYW traffic reports every morning that may attract a healthy ridership.