by workextra
Sat Oct 26, 2019 10:40 am
Not that our opinions matter when politicians call the shots.
But We the people here are getting burned and should look into serious state public questioning of these “decision makers” and their intentions. You already have a fully functional air train that was designed to be extended North via the Van Wyke and GCP to LGA (maybe some routing revisions or use of a people mover from a terminal near LIRR/NYCT connecting it to LIRR/NYCT at Willits Point. (Similar to the JFK Jet blue terminal arrangement)
This is the only option that justifies further the expense of tax payers money providing many travel options and “ways out” in the event of a service disruption. Air travelers who do travel between both airports get severely burned by the plan to not connect the system as do those traveling from LI get burned by needing to back track at Woodside.
Doing the project right would Demand the airport to airport direct connection.
The people of NY lack the knowledge and know how to demand and question these poor decisions and demand the airports be directly connected. They just want the traffic issue at LGA solved. New Yorkers will take whatever the PA sells them instead of demanding the PA back to the drawing board to get it be done the right way.
Fact is- Direct train access is badly needed to LGA, But it needs to be done the right way, and connected to the existing air train, not a half assed stand alone system.
“Measure twice and cut once”

The subway and then the Q70 bus takes 30-40 minutes from Midtown, which makes a $35 taxi ride (20 minutes or so) a waste of money, but what is unpleasant is being in a crowded bus as it circles around LGA. It crawls along between terminals and is painful. A train would be more comfortable.

Even better, a train that goes from NY Penn Station or Grand Central to LGA, without stopping; I could see business people taking something like that. EWR and JFK also need a true Airtrain: a one-seat ride from NY Penn or Grand Central, perhaps stopping at Jamaica or Newark to pick up transferring passengers. Having to transfer between multiple trains to EWR and JFK is a big disincentive, particularly on weekends when NJ Transit has only trains at the top of the hour to/from NYC, resulting in long waits.

Backshophoss wrote: ↑Thu Oct 24, 2019 5:34 pm Entend the N&Q to LGA and be done with it,the current bus connections are useless
You DO NOT NEED A LINK TO JFK FROM LGA!,IF flying international you will go to NWK/JFK directly.
otherwise the airline sets up a limo connection.
Any kind of south/east routing is USELESS!

Limo connection == bus (and are by your logic, useless). Besides, you seem to think any extension out from LGA towards Jamaica and Queens is automatically going to give you a LGA to JFK connection. Bull, you still need to take the Airtrain to JFK. I doubt that type of traffic will even hit 1% of total.

That said, consider the following:

What about those in the Bronx or Upper Manhattan trying to get to LGA? What's faster? Switching at 125th to a bus (useless) or a faster subway train that beats the traffic and is more direct?

"Just" extending the N/W to LGA is short sighted. The Q is going to go into 125th street as part of the 2nd Ave Subway line and the T. Someone at MTA is going to get the bright idea of extending the Q and T to meet the 1 at 125th. Someone else is going to see how heavy the E, F, M, R, J, and Z are between these areas and want to do a destination study to see who's going where and when... and then get the bright idea of making another line connecting 125th to LGA and Kew Gardens. I won't even be surprised if they tie it to the old LIRR-now-Rockaway A and make it the H.
Train? Can we, Killer? Can we?
http://throng.band

STrRedWolf wrote: ↑Sun Oct 27, 2019 2:03 pm What about those in the Bronx or Upper Manhattan trying to get to LGA? What's faster? Switching at 125th to a bus (useless) or a faster subway train that beats the traffic and is more direct?

This is specifically why I fly out of EWR or JFK. 1 to NYP and NJT or LIRR to whatever airtrain.
"I am no longer just a girl on the train, going back and forth without point or purpose."

STrRedWolf wrote: ↑Sun Oct 27, 2019 2:03 pm What about those in the Bronx or Upper Manhattan trying to get to LGA? What's faster? Switching at 125th to a bus (useless) or a faster subway train that beats the traffic and is more direct?

This is specifically why I fly out of EWR or JFK. 1 to NYP and NJT or LIRR to whatever airtrain.

I avoid LGA at all costs, too. I'm not very fond of EWR because of NJT issues, and crowding. Kind of why I didn't like the 125th St. bus, plus, 125th St is really dirty now. Thanks DeBlowsio. But I digress.

I could have sworn I saw something about East Side Access and Laguardia. The 7 idea is dumb. I like the idea from Astoria across the Grand Central, or even extend it into Manhattan over the Triborough or 59th St. Bridge on the old street car lanes (the outer ramps).

I do like the Airtrain concept, and like it to JFK. I almost think there should be a revived "Train to the Plane", but on LIRR from NYP to Jamaica and not the E (?). I think that might even lend itself to checking baggage remotely for a fee.
Next stop, Willoughby
~el Jefe ("Jeff Smith Rules") :: RAILROAD.NET Site Administrator/Co-Owner

by Commuter X
Wed Nov 06, 2019 4:55 pm
NY needs what other cities have -- A one-seat ride from Manhattan to LGA and JFK
The PA can build what they want, but if they keep raising the fare (I believe it is $7.75 just for the AirTrain), Uber and Lyft will continue to siphon away travelers 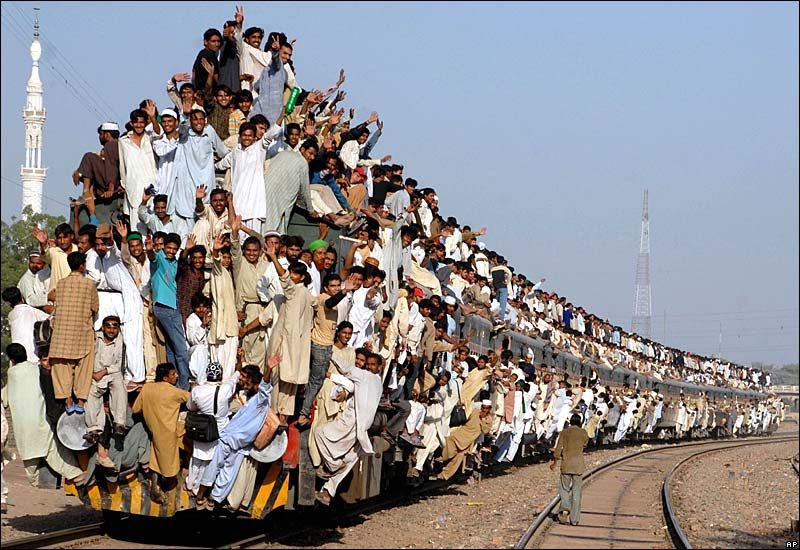 by DutchRailnut
Wed Nov 06, 2019 5:18 pm
question do we have any indication this service will be LIRR ??
If Conductors are in charge, why are they promoted to be Engineer???

by BM6569
Thu Nov 07, 2019 3:20 pm
"ix out of 10 recent LaGuardia Airport travelers would have used the proposed AirTrain link to the Long Island Rail Road if it were in place, according to a new survey.

The online survey, conducted by the Global Strategy Group on behalf of a A Better Way to LGA, a coalition of businesses supporting the project, gauged 409 recent LaGuardia travelers’ interest in using the proposed AirTrain, which would connect the airport to the LIRR’s Mets-Willets Point station and the 7 subway line in Queens.

Of those surveyed, 64 percent said they would have used the 1.5-mile rail link if it existed. The percentage was higher among those traveling to or from Manhattan — 74 percent."

"New York City Comptroller Scott Stringer in a June letter also questioned the LIRR’s ability to handle the estimated 6 to 10 million additional riders that would use the AirTrain.

The Port Authority has said it hopes to begin construction on the LaGuardia AirTrain next year and for it to be complete by 2022."

by Kelly&Kelly
Fri Nov 08, 2019 7:59 pm
The Port Authority's press release stated that the AirTrain will "connect with LIRR trains to New York at 15 minute intervals."

I don't think anyone really expects that to happen. I also doubt anyone truly believes the AirTrain will carry 6-10 million people annually, or even 10% of that number.

The "online survey" asked if riders would "Take an AirTrain to Manhattan rather than a cab or bus".

by ConstanceR46
Sat Nov 09, 2019 12:50 pm
the reason we're not getting a much more sensical N train extension is coz of the NIMBY crowd in stienway

by Arlington
Thu Nov 14, 2019 12:22 pm
Yes, for better or worse, the new Airtrain's ROW is already in friendly, neighbor-free hands from end to end.
"Trying to solve congestion by making roadways wider is like trying to solve obesity by buying bigger pants."--Charles Marohn

Which proves my point -- getting there is a crap shoot. Plus, more proof is in the Amtrak forum More Amtrak stations around NYC thread.

Do a proper subway line to LGA.

That said, I was reading said thread and now come to the realization of BOTH a MTA service from 125th through LGA to Mets/Willets and Jamaica, and AirTrain in a circle between the LGA stop (on the parkway) and all the terminals. The concept is nothing new -- see Newark International, JFK, Dallas-Fort Worth. I wish BWI did that. Would of shortened the Light Rail and connected to Amtrak...
Train? Can we, Killer? Can we?
http://throng.band

LaGuardia Airport is in her district, and she is now criticizing the planning process as less-than-transparent. Alexandria Ocasio-Cortez Letter to FAA | Land Transport | Service Industries

Of all the 46 options other than building nothing, the selected option was a new rail line between LGA and the Mets - Willets Point station of the NYC subway-train system and the LIRR.

She notes that 255 out of the 414 received comments oppose this option and that 77 comments were collapsed into one because of the form letter that they used. She also asks about these disqualified alternatives: Alternatives Currently Under Consideration — LGA Access Improvement Project EIS
BREAKING — AOC to FAA: No on LGA AirTrain – Streetsblog New York City - points out that the Willets Point route is a detour, since it goes east of the airport.
Why Ocasio-Cortez Is Criticizing Cuomo’s Plan for a Train to La Guardia - The New York Times - "The Queens representative demanded to know why all 46 alternatives to a $2 billion AirTrain were ruled out so quickly."
Microsoft PowerPoint - 2019-11-13 Community Leaders Alternatives_Screening_Final.pptx - Community_Leaders_Meeting__Alternatives_Screening_Presentation_Nov_13_2019.pdf

by Arlington
Mon Jan 13, 2020 9:43 pm
Bus Lanes for the Q70 should happen whether or not the AirTrain happens.
"Trying to solve congestion by making roadways wider is like trying to solve obesity by buying bigger pants."--Charles Marohn

by Backshophoss
Mon Jan 13, 2020 11:45 pm
It' high time to CLOSE LGA,it's so out moded that there's no Fix . Move the traffic to JFK.EWR.Westchester County and that
air cargo airport near Fishkill. LGA is now useless.
The Land of Enchantment is not Flyover country!