by RGlueck
Tue Oct 13, 2020 8:19 am
Acquired this summer, Long Island's legendary K4s #5406's second headlight. My father placed a slow order on her train in 1944, but was overridden by his boss, Frank Aikman. The train did hit a washout weakened area near "S" cabin, as my father had feared. In the re-railing process, the original headlight was crushed, lost, or removed. This is the replacement from the Altoona rebuild. I'll bet it weighs 200 pounds.
Shown with my best girl by my side. Article coming in The Keystone. 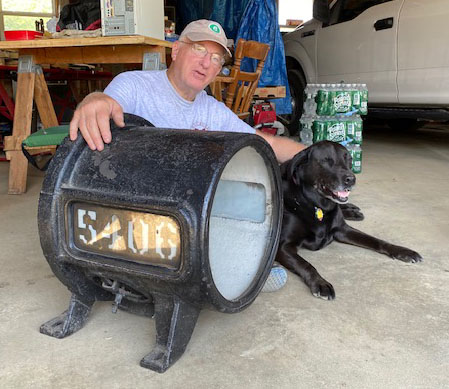