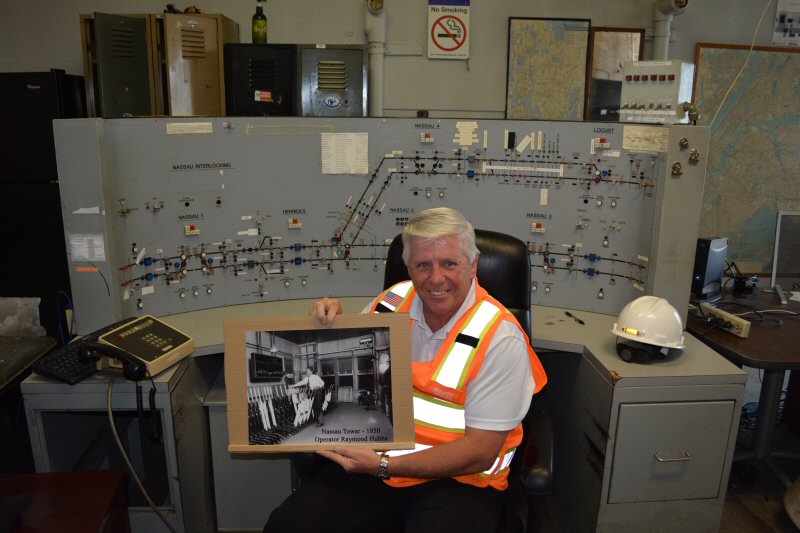 by krispy
Tue Sep 01, 2020 4:00 pm
Young Doo! Brian was a excellent block operator, train dispatcher and then eventually a superintendent when he retired. He has found his way back as the fixer/Mr. Wolfe (think Pulp Fiction) for ESA. A wicked sense of humor coupled with a vast amount of knowledge made for a great boss on the LIRR. Looks like this was taken when they closed the tower, the old machine is dark and the lockers behind are empty, so the operators are now squirming under many eyes at JCC. The pic he holds shows the old strong-arm machine and the gent pictured within would've been standing just behind the interlocking panel that's behind Brian. The old panel it replaced would've been suspended by the two pipes against the wall bracketing the no smoking sign, map and mirror.

You can't tell from the black and white picture but the light colored levers were either painted white (unused) or blue (unlocks) and the operator looks like he's throwing the switches to line to/from the Oyster Bay. In 1930 there would've been still the track leading off to the south for the Fairgrounds and Hempstead Crossing/Garden, the tower has been rebuilt after getting decapitated by lading shifted off of flat car 8 years earlier, so at least the heat is working well! Great pic, thanks for posting! 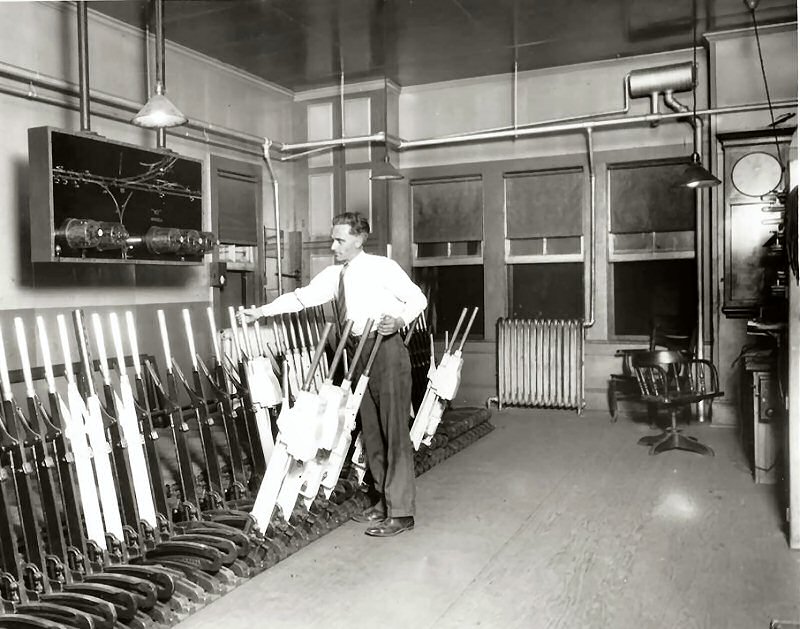 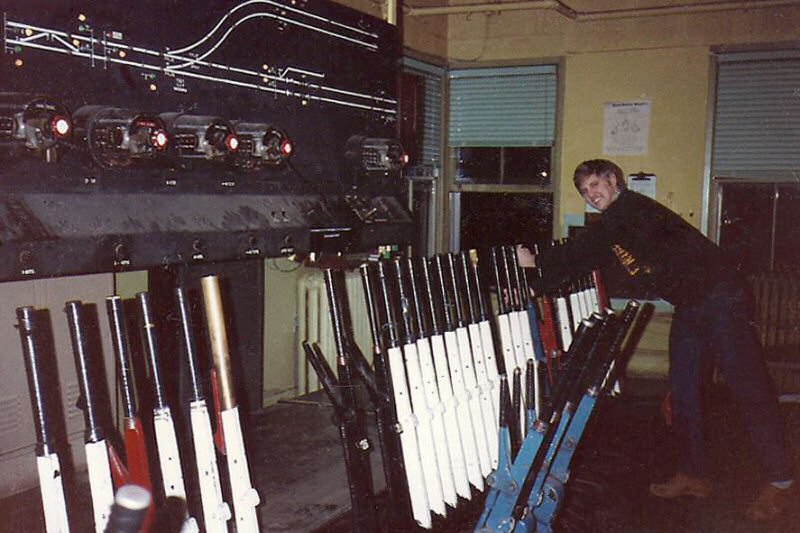