No PV, but...
An AmBag? Yes, an AmBag. I guess the bicycle transport service is busy at the moment.

What is the cafe car? From the door/window pattern, I swear I was looking at a Budd Heritage lounge car!

BTW, Amtrak has gotten all coaches to fill the minimum axle requirement of UP. 6 horizon, the not sure cafe, an AmBag and a Charger.
~John Perkowski: Moderator: General Discussion: Locomotives, Rolling Stock, and Equipment
Assistant Administrator: Railroad.net/forums
Jeff Smith & Greg Primrose now own railroad.net!

by jhdeasy
Fri Sep 18, 2020 1:14 pm
I assume you saw a Viewliner II baggage car. I think all Heritage baggage cars have been removed from revenue service.

As to the train’s cafe car, the current choices for that train would be Horizon or Amfleet; probably A1 rather than A2.

If the car you thought was a Budd lounge was the rear car, maybe it was a PV.

by mtuandrew
Sat Sep 19, 2020 10:49 am
Can’t be an AmBag as such! You could have seen an Amfleet being used as a bike car, but the doors can’t get any bigger due to structural integrity issues. This post indicates that Amtrak had been using some AmCafe cars for bike racks, without structural modifications.

The coaches were horizons.

As to whatever the lounge was, it DID NOT have narrow slit windows a la either Amfleet or horizon. It had several full size windows at one end, and three widely spaced small windows at the other end.

It had two distinct forms of fluting ... wide between centers below the windows, narrow above, ABOVE a car long narrow piece of sheet stainless.

by David Benton
Sat Sep 19, 2020 10:51 pm
Any chance it was a siemens car on test?
Moderator worldwide railfan , Rail travel & trip reports
The only train trips I regret are the ones I didn't take.

by Backshophoss
Sun Sep 20, 2020 12:08 am
Amtrak has the habit of the View II Bag carrying the markers on the LD sets
The Land of Enchantment is not Flyover country!

I don’t believe Siemens cars will be stainless and I know they don’t have fluting of any type.

by WhartonAndNorthern
Sun Sep 20, 2020 1:43 pm
All sorts of obsolete equipment end up in axle count service including old diners, baggage, and MHCs.

Are you sure on the MHCs? I haven’t seen one pictured in an Amtrak consist for at least a decade.
Moderator: General Discussion: Passenger Rail,
DC-MD-VA Passenger Rail and Amtrak

by jhdeasy
Tue Sep 22, 2020 1:43 pm
After some further research, I believe you saw private car PACIFIC SUNSET, which is based at Kansas City Union Station.

by Backshophoss
Fri Sep 25, 2020 10:51 am
Could have been an ILDOT Charger on test for the river runner service,the Siemens cars are painted smooth sided
The Land of Enchantment is not Flyover country! 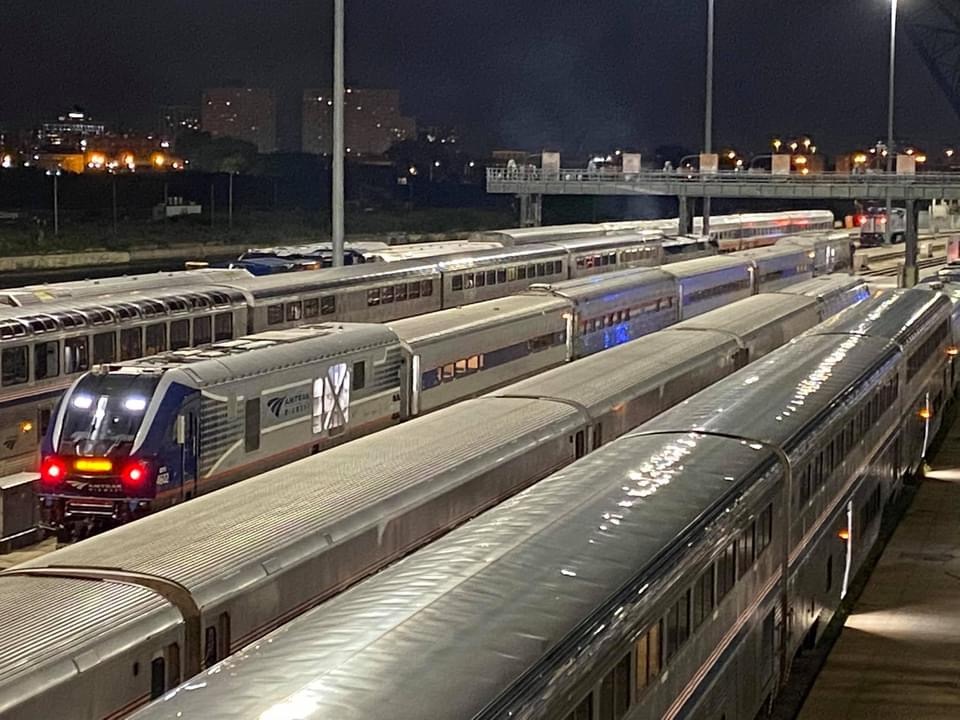 Stole this photo off Facebook, it was taken a day and a half ago at Chicago. Sure looks like PACIFIC CAPE being used in a test train for a Charger - thoughts?
Moderator: General Discussion: Passenger Rail,
DC-MD-VA Passenger Rail and Amtrak

by John_Perkowski
Sun Sep 27, 2020 10:08 am
Sure looks like what I saw. I wish the two platform tracks at Union Station were as well lit as the Roosevelt Road overpass for the coach yard.
~John Perkowski: Moderator: General Discussion: Locomotives, Rolling Stock, and Equipment
Assistant Administrator: Railroad.net/forums
Jeff Smith & Greg Primrose now own railroad.net!