by Bethlehem Jct.
Wed Aug 20, 2008 3:07 pm
Did the Philadelphia & Reading later build another passenger station in Pottsville that was torn down? I've seen old photos of another structure that is clearly not the 1851 building on Union St. It was one of those whimsical Victorian monstrosities that the Reading was fond of building in the 1870's. It reminded me of photos of the old Shamokin station. I've never been able to find a good photo of it online.
This is the only online image I've ever found of it:

The Pottsville station was originally built for passengers then used for freight after the Union St. station was completed. It was located on the southeast corner of East Norwegian and Railroad (now Progress Ave.) streets (where the big office building is now) & demolished in the early 1960's.

Skillman: dismantled and put back together in north or south Carolina?

Trenton: now without any rails connecting to it and last I was told is a senior center of some sort

mst145 wrote:I asked the Anthracite Railroads Yahoo Group & this is what I found out.

The Pottsville station was originally built for passengers then used for freight after the Union St. station was completed. It was located on the southeast corner of East Norwegian and Railroad (now Progress Ave.) streets (where the big office building is now) & demolished in the early 1960's.

Thanks for the detailed info. I did eventually find a pic in Pottsville in the Twentieth Century. All this time I had been mistaken about it's location. I has assumed it was on Union St., next to the extant station. I assumed that it was located there because that's where the trains stopped after the depot was razed. My bad!

Now if only I can find more pics regarding the Lehigh Valley in Pottsville...

by glenonoko
Fri Aug 22, 2008 7:32 am
If ya'll don't mind some corrections, here's the facts on the Reading's Pottsville stations.

Prior to 1851, the Reading did not run into Pottsville itself. Passenger trains terminated at Mt Carbon, and passengers rode an omnibus or stagecoach into Pottsville. Or they walked.

The Union Street station that still stands today is the ORIGINAL P&R passenger station in Pottsville. It was built in 1851, and served as the passenger station until 1887, after which it was converted to a freight house.

The Norwegian Street passenger station opened in June 1887, and served until it was closed about 1961 (I don't have the exact date) and sold to the city who demolished it. After this, a new passenger platform was built at Union Street, adjacent to the original passenger station which was still in use as the freight house. Perhaps someone else can comment on whether Union Street was again used in the 1960s/1970s as a passenger waiting room and/or ticket office, or did passengers simply wait on the outdoor platform? 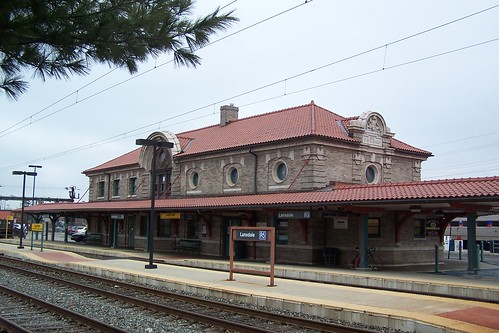 by Caseyjim
Tue Jan 20, 2009 2:58 pm
In the restoration of passenger service west of Norristown, could the existing stations still be used for passengers, such as Reading-Franklin Street, Valley Forge, Birdsboro, Pottstown,and Pottsville, to name a few. This could save on the cost of erecting entirely new structures if the existing stations could be used for passengers once again.