by Jtgshu
Fri Jul 12, 2013 2:25 am
sounds like a good time! Im working, I won't be able to make it, but hopefully someone here can! Might be interesting to hear a history on the Seashore Branch and the AH terminal and facilities - something that there is very little info about..surprisingly enough.

On Wednesday, July 17 at 7:30 pm) Michael McCann presents "...there used to be a railroad." McCann's talk explores the State's once-extensive network of Fallen Flag Railroads (including the Central and its Atlantic Highlands ferry terminal)."
McCann's work with the New Jersey Green Acres program necessitated examining thousands of frames of historical aerial photography. Those photographs sparked his interest in the lost treasures of NJ history, from amusement parks and industries to railroads and more. He has created historical talks on several subjects, including "...there used to be a railroad", exploring the network of "Fallen Flag" railroads in New Jersey.
“…there used to be a railroad” captures steam engines en route to Morris County’s Mount Hope iron mines; hauling coal and freight on the Central of New Jersey and Lehigh Valley Lines; the railroad whose route was sanctioned by President Lincoln over the objection of the U.S. Army, and the tracks laid overnight to bring a dying President Garfield to the one-time summer capital by the sea, Long Branch, NJ! From the New York Susquehanna & Western’s crossing of the Delaware from Pahaquarry Township, Warren County to Experiment Mills, PA, to the Pennsylvania Railroad’s terminus at Cape May Point’s Northwest Magnesite Plant, there used to be a railroad.
"...there used to be a railroad" will be presented at the Strauss Mansion, 27 Prospect Circle in Atlantic Highlands on Wednesday, July 17 at 7:30 pm
The talk is sponsored by the Atlantic Highlands Historical Society, and is free and open to the public.
Location : Strauss Mansion, 27 Prospect Circle, Atlantic Highlands
On the RR, "believe nothing you hear and only half of what you see"
John, aka "JTGSHU" passed away on August 26, 2013. We honor his memory and his devotion to railroading at railroad.net.

by BigDell
Fri Jul 12, 2013 9:54 am
That's ABSOLUTELY fascinating. I hope I can clear up my schedule that night, I'd love to go. That is exactly what sparks my interest in NJ railroading and there is so little left of this type of presentation anymore.... Wonderful. Thanks for posting.
BigDell

by umtrr-author
Fri Jul 12, 2013 11:45 am
This seems to be a lot like a talk given at the Railway Prototype Modeler's meet in Bridgewater a couple of years ago. If it is the same or a similar talk, it's well worth going to.
George in Rochester NY
The Unofficial Micro-Trains Release Report (among other things)

by Bank Tower
Sun Jul 14, 2013 2:57 pm
UMTRR - I did present "...tu2barr" at the 4-H Center for the NEFF-RPM the last two years, and have added more aerial photography and stories since. Glad you enjoyed!

by GSC
Mon Jul 22, 2013 7:37 pm
I did a presentation a few years ago for the Long Branch Historical Society on the railroads of Long Branch - 4 steam lines, a connector line thru town, the spur built for President Garfield, and two trolley lines. Very well received, and fun to do. Slated to do another rail-related talk for the Ocean Twp. Historical Society in November on rail service that built the Jersey Shore.

My other specialty is on the Morro Castle, should anyone need a presentation on that.

I love going to see someone give a talk as much as I love giving them. (A frustrated ham actor, I guess)

For info: http://www.crawsat.wix.com/garyscrawford" onclick="window.open(this.href);return false;
They tell me to act my age. I don't know how to do that. I've never been this old before. 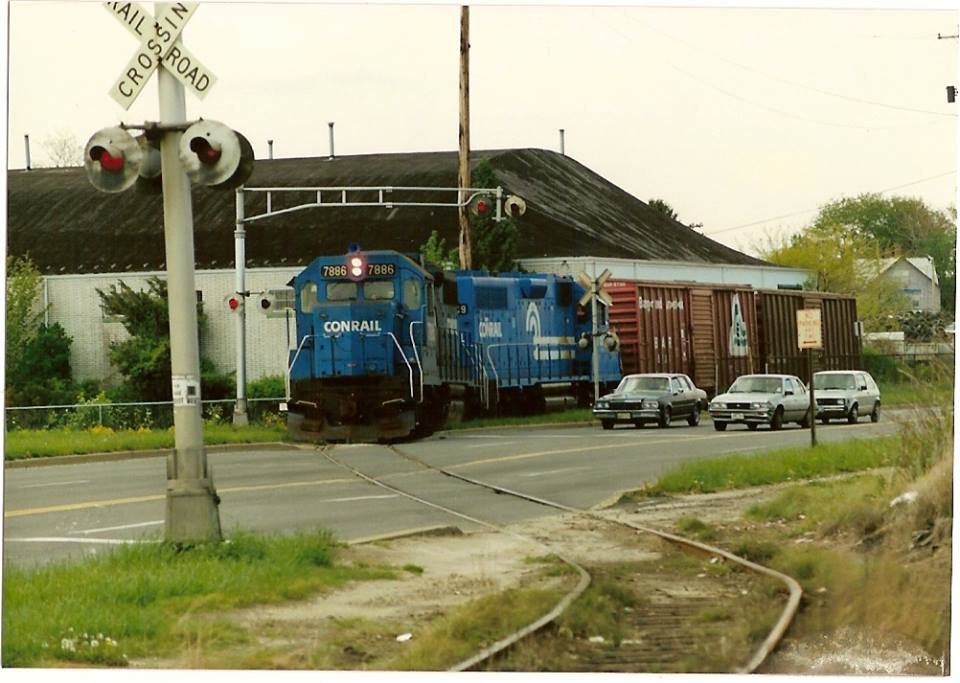 by Jtgshu
Tue Jul 23, 2013 9:25 am
Did anyone actually go to this presentation? I really wish I could have went....
On the RR, "believe nothing you hear and only half of what you see"
John, aka "JTGSHU" passed away on August 26, 2013. We honor his memory and his devotion to railroading at railroad.net.