by radioman
Mon Jan 09, 2012 9:22 am
Steam in the Snow was a great success, as NRGeep mentioned. We departed No Conway on time under a cloudy sky, but with
relatively mild temperatures, and little wind. Although we never saw much in the way do sunshine, we did have favorable
conditions otherwise, including a light thin layer of snow, enough for the winter look, at least. There were 5 photo runbys,
some of them done in 2 parts in order to split the size of the crowd. MBRRE likes this procedure as it allows more people to
get prime spots on the photo line. After the train arrived in No Conway 1555, passeengers disembarked and the train backed
out of the station for a second arrival photo op, a "photo finish."

It appeared that everyone had a good time. Hope to see some good shots start popping up out there soon.

by Cosmo
Mon Jan 09, 2012 2:08 pm
Pictures are already up on: http://www.facebook.com/ConwayScenicRailroad
"It belongs in a MUSEUM!"
-Indiana Jones 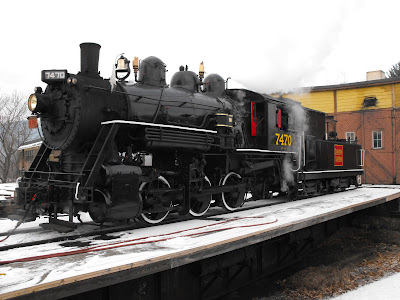 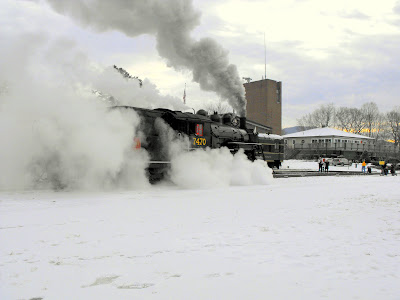 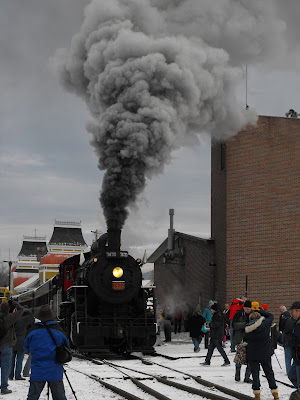 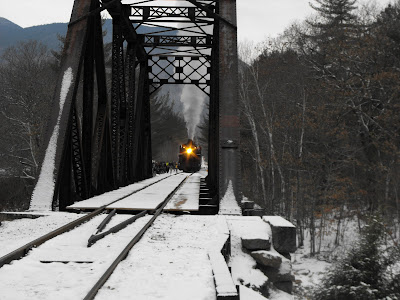 And the guys that made it possible: 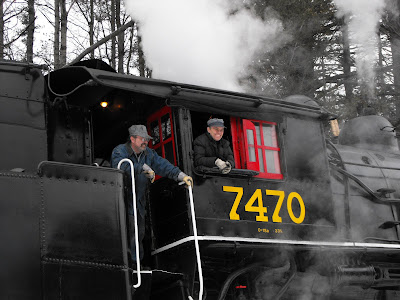 Enjoy!
"It belongs in a MUSEUM!"
-Indiana Jones

the next day or so! LOTS to go through~!

by Trainlover479
Wed Jan 11, 2012 7:59 am
im gona upload my stuff to utube by this weekend, when she was up at notchland the engine worked hard to get a grip on the icy rails.