by NS VIA FAN
Tue Apr 06, 2021 8:17 am
Right up until Amtrak Day 50 years ago Penn Central was running Chicago-Detroit-Buffalo-New York trains across Southern Ontario between Windsor and Fort Erie on 250 miles of the former Michigan Central/New York Central. 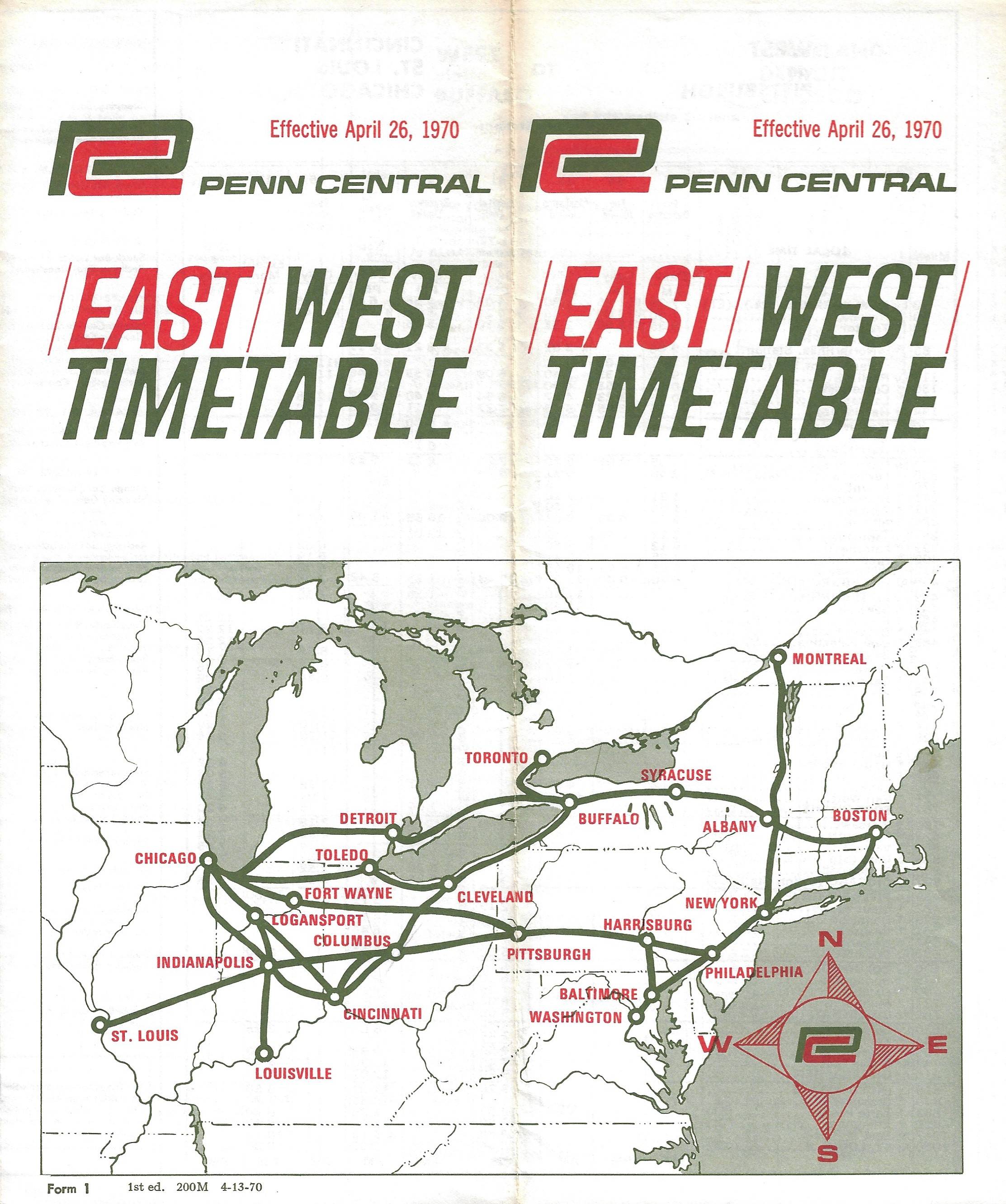 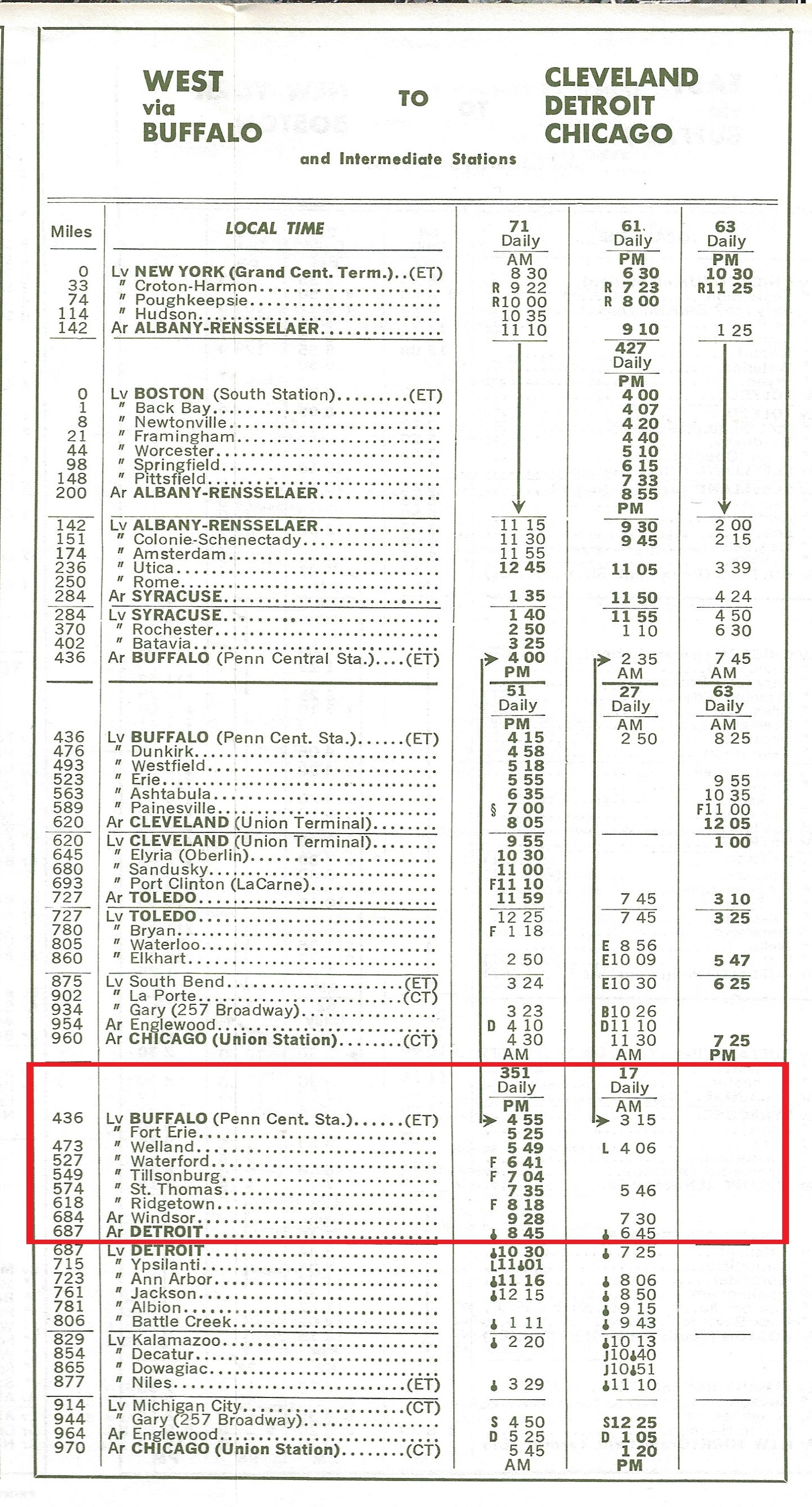 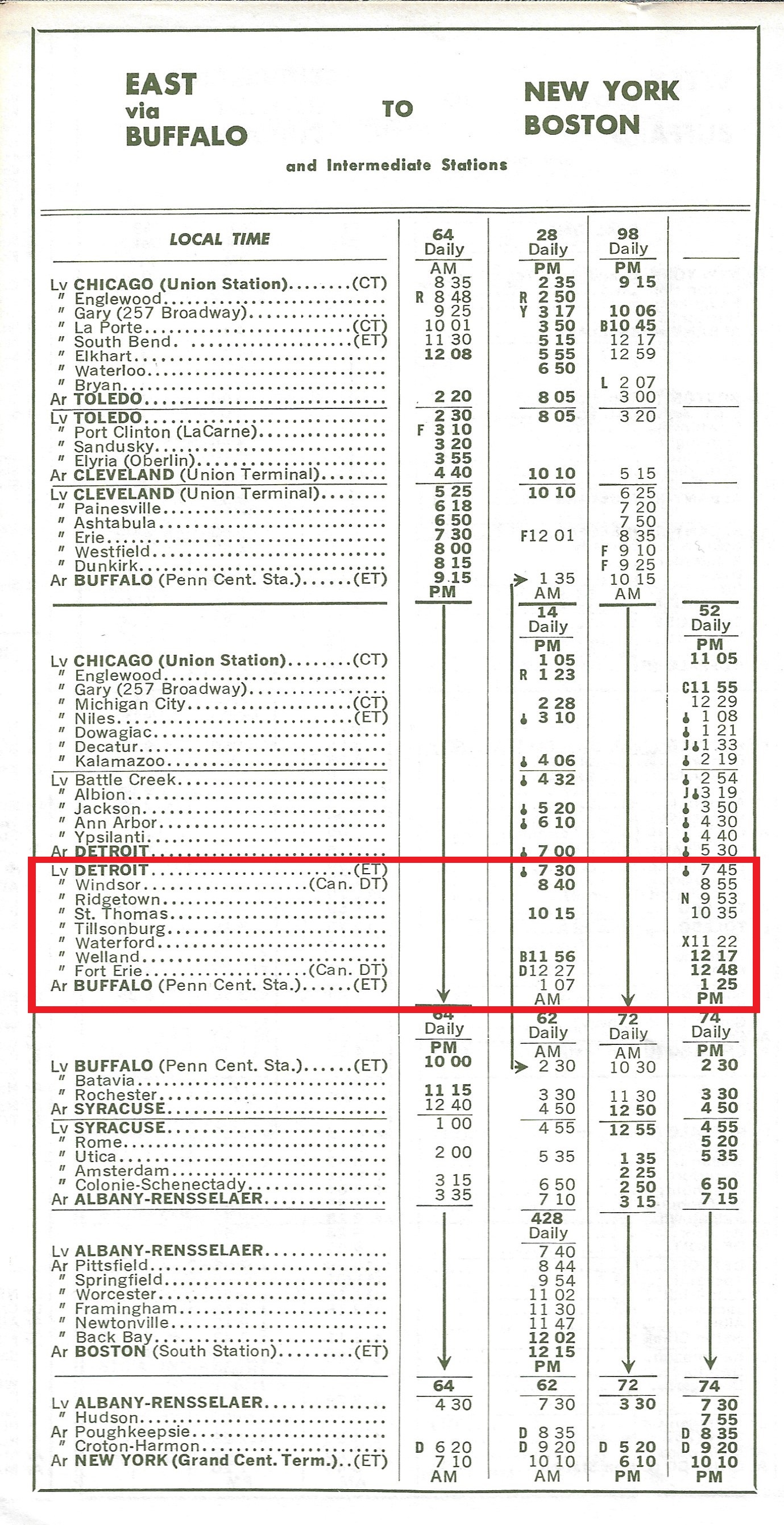 In 1970 Penn Central applied to the ICC and CTC (Canadian Transport Commission) to discontinue the trains. The CTC ruled they could be. The ICC ruled only the day train could be discontinued but the overnight train must continue. The ruling was appealed and continued to play out until both the day and the overnight trains ended with Amtrak.

As the ICC order required the trains to run between Detroit and Buffalo and the CTC ruling did not..... the trains no longer stopped at Canadian stations and only halted at Windsor and Fort Erie ON for Customs and at St. Thomas for a crew change.

In the book 'New York Central's Canadian Streamliners'....the author calls them the 'Ghost Trains across Ontario' The March 3, 1971 timetable below (the last one before Amtrak) shows the route between Detroit and Buffalo removed from the map on the cover but looking inside at the schedule the trains continued to run. The stops across Ontario no longer appeared......just the departure and arrival times at Detroit and Buffalo. 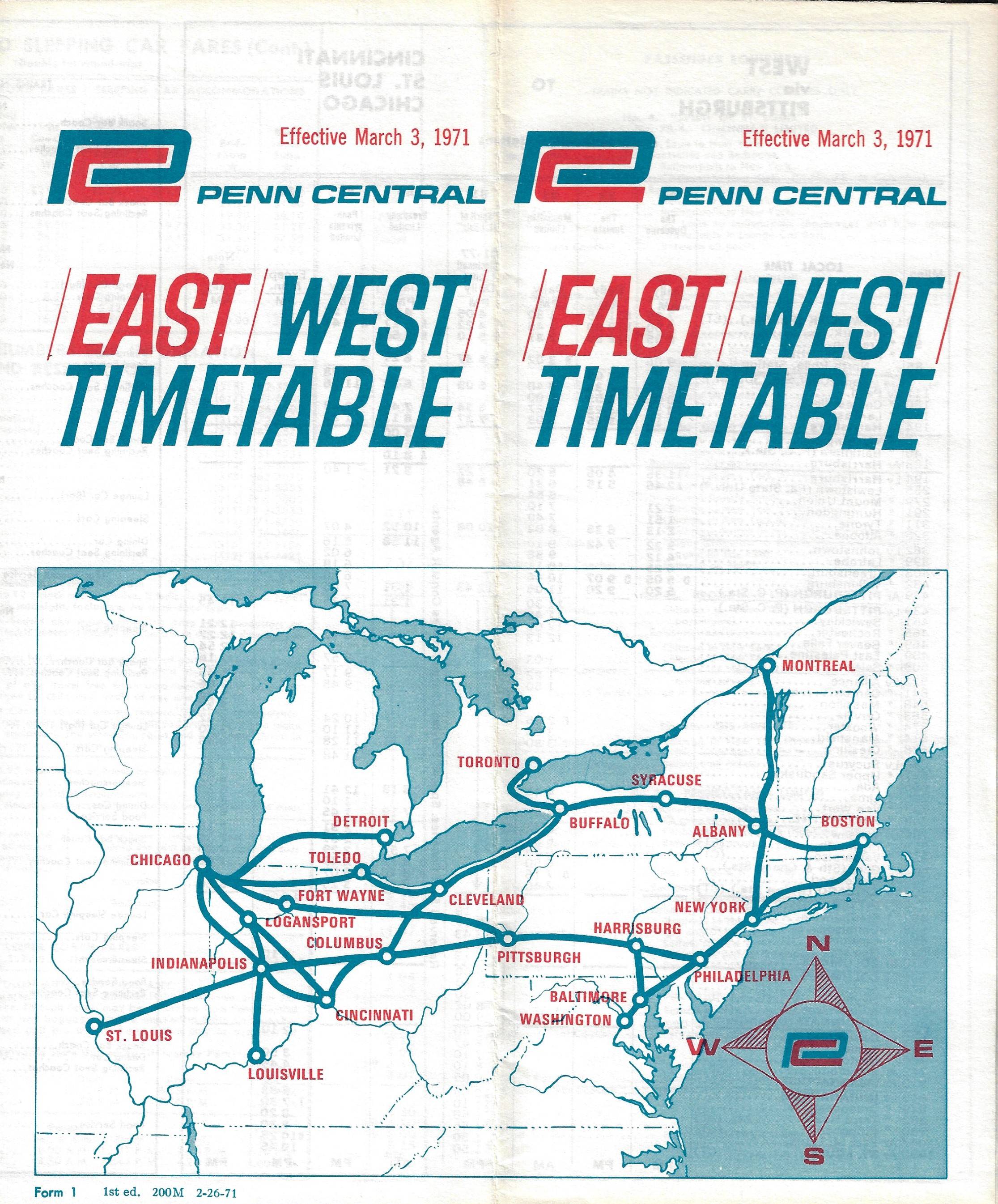 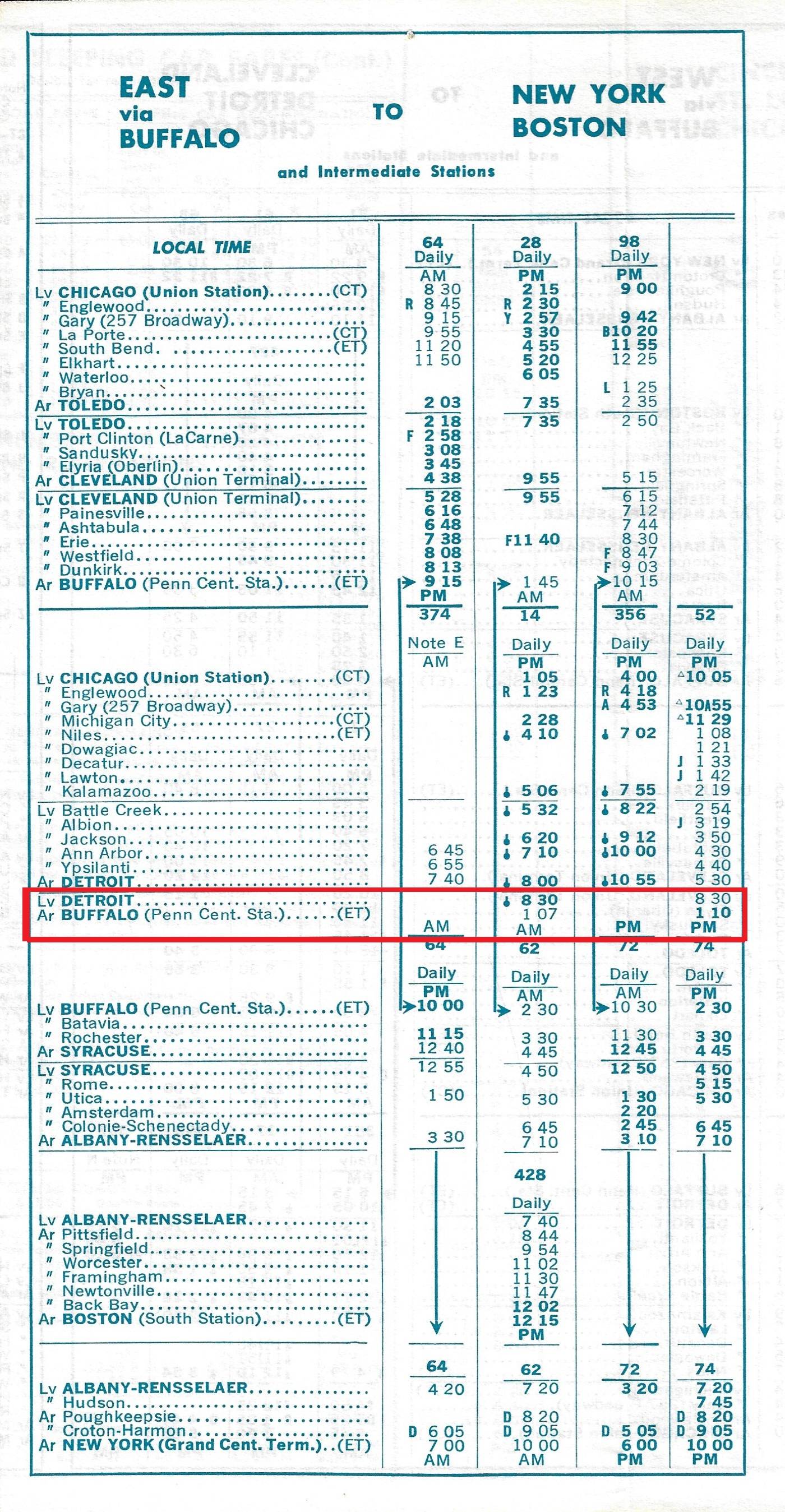 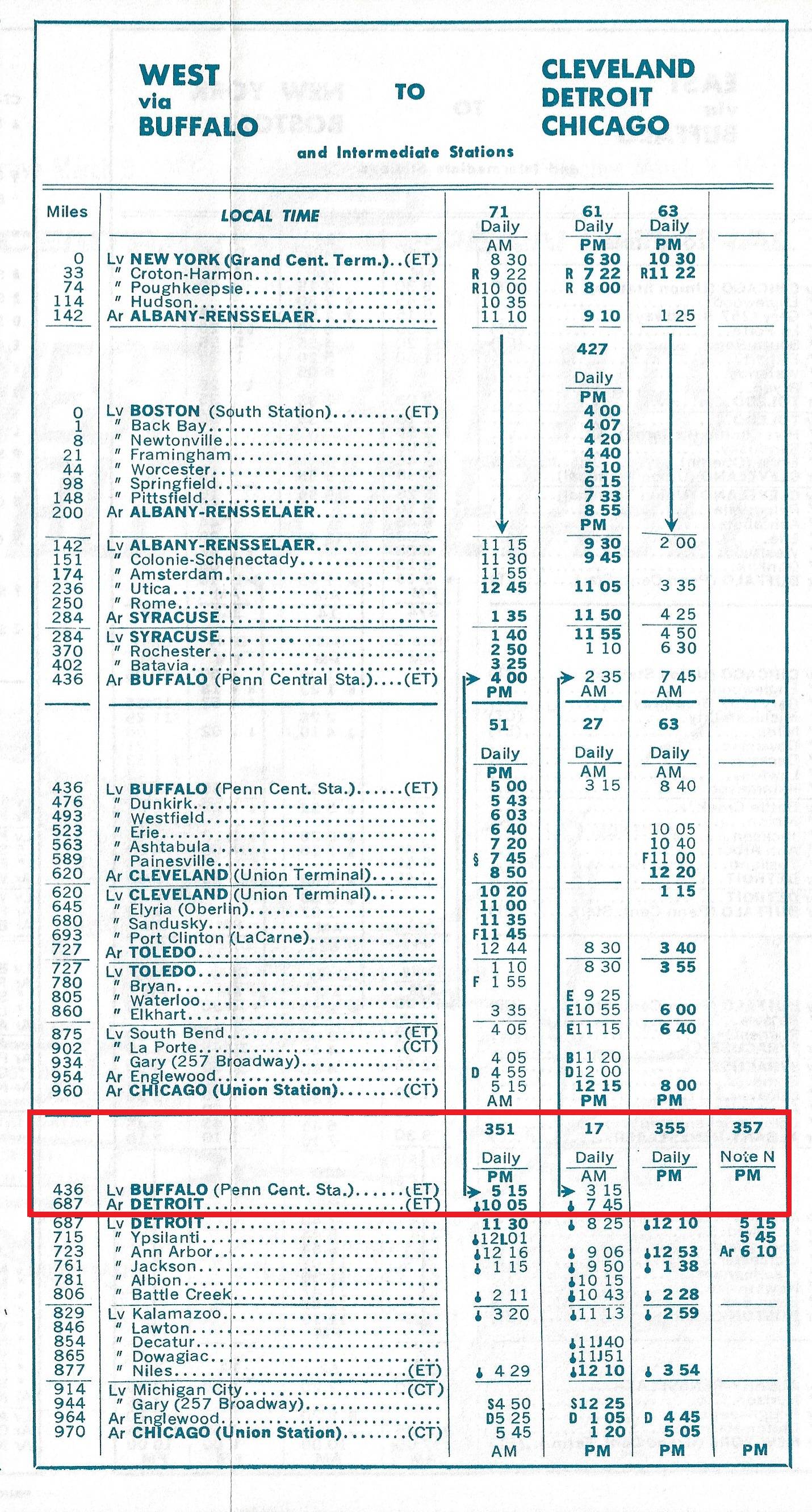 Re: The Penn Central 'Ghost Trains'

by NS VIA FAN
Tue Apr 06, 2021 8:19 am
In 1974...Amtrak extended the 'Empire State Express' from Buffalo to Detroit across Southern Ontario on Penn Central. It was renamed the Niagara Rainbow and lasted until 1979. Now most of the old Penn Central...later ConRail track is gone. Below is the Niagara Rainbow at St. Thomas ON in 1977......and that once fast track across Ontario now abandoned. 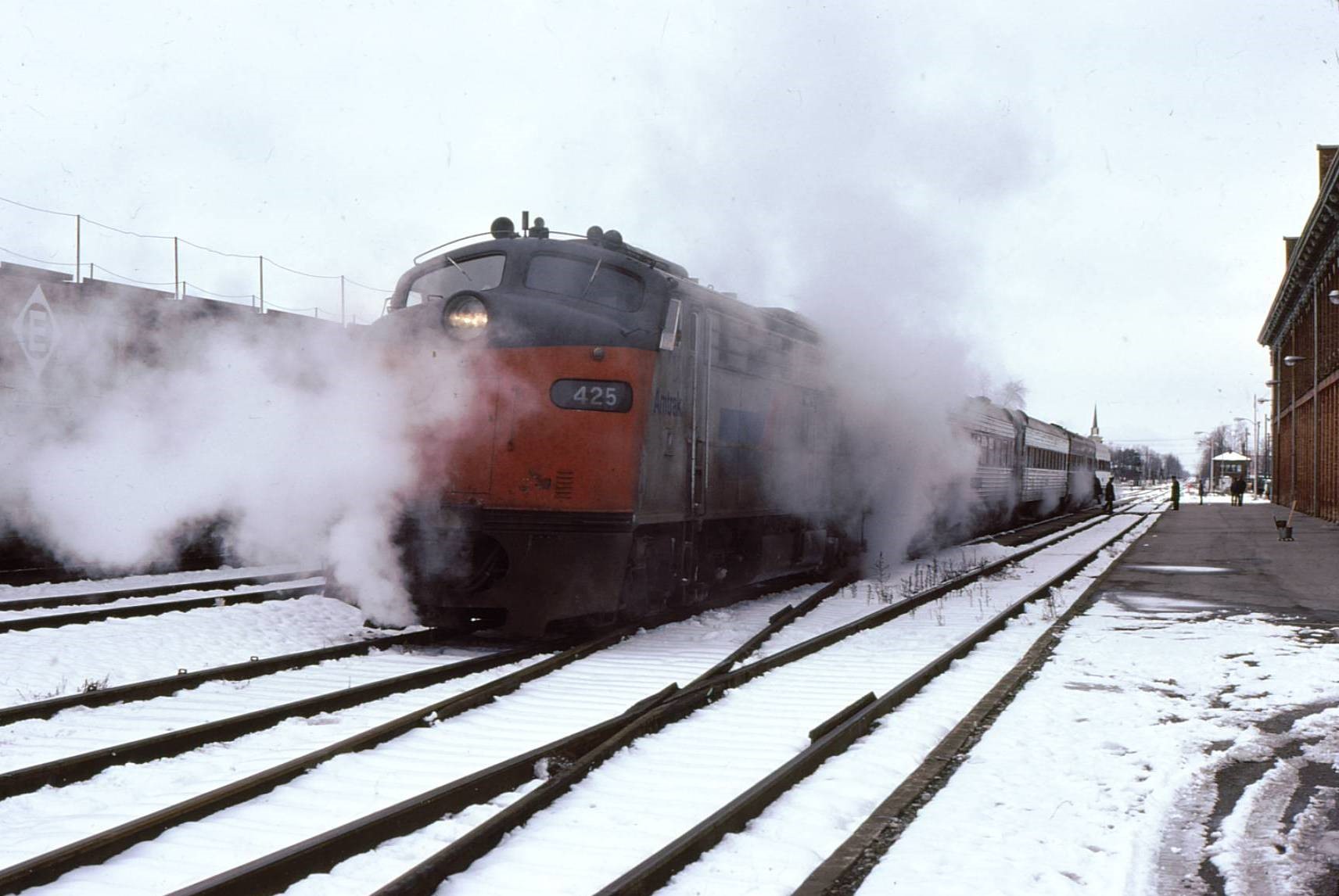 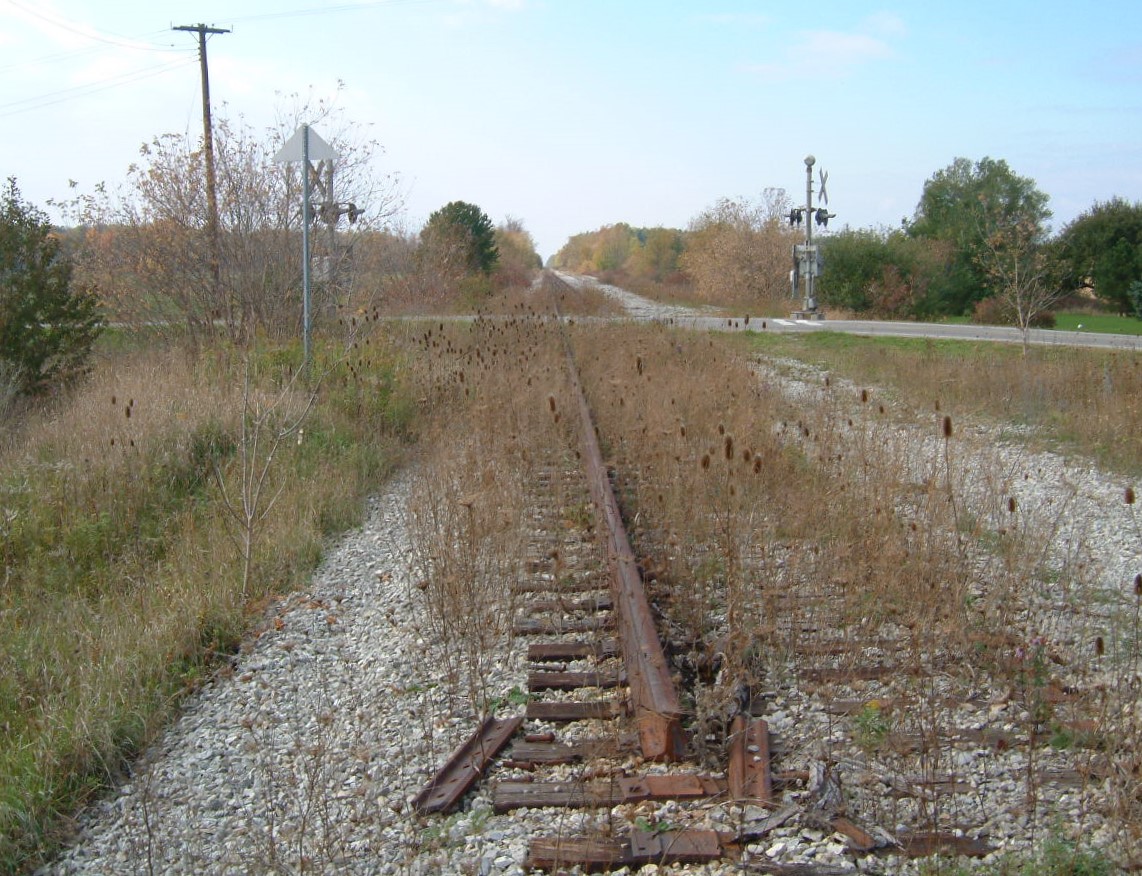 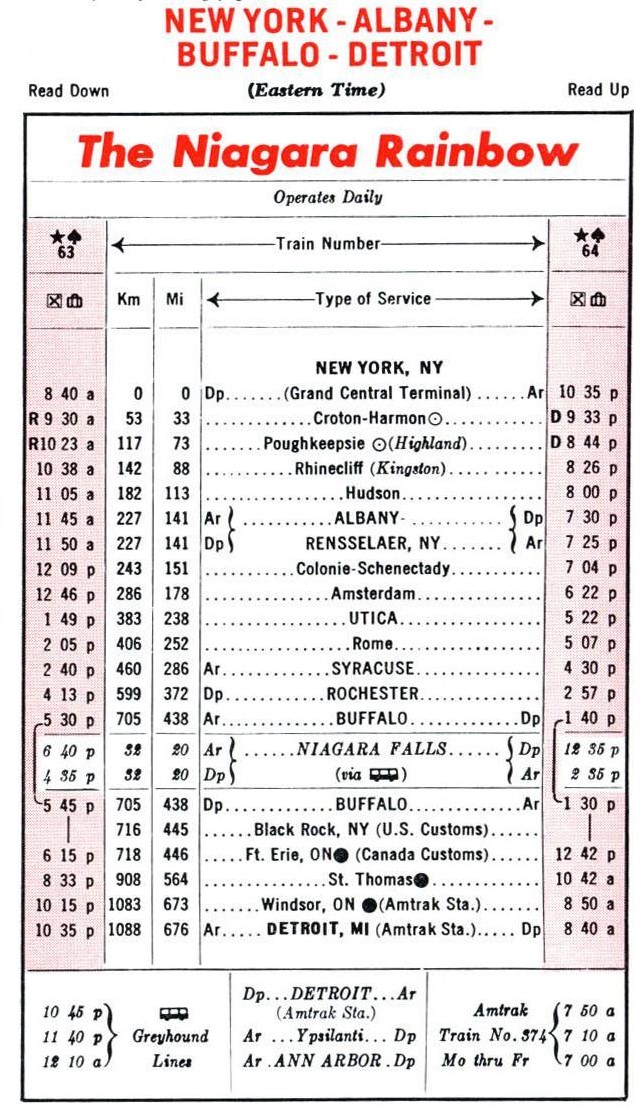