ScotCP356 wrote:I don't know if I ask this question or not, but what types of steam locomotives would the New York Central use on the Peanut Line?

Scottie - There are several photos of locomotives working the Peanut between about 1853 and 1887 here:
http://www.crookedlakereview.com/articl ... heret.html

by Bruce1958
Sun May 12, 2013 9:00 pm
I live about a block north of the Peanut Line ROW in East Amherst. Living so close and interested in RRs, am also interested in history of the Peanut Line. Walk the dog often along the ROW from Youngs Road to Transit Road. Only noticeable feature is the small arch bridge over Gott Creek between Paradise Road and Transit Rd.

In searching the 'net, found this article a while back.

/ * A non-profit organization dedicated to the preservation and
education of railroad history in Western New York State, the Province of
Ontario, and neighboring regions. */

Buffalo railroad fans have realized a life long ambition. They have
eaten peanuts on The Peanut. It happened last Sunday when an "Iron Horse
Gallop" was made over this historic one-track branch of the New York
Central between North Tonawanda and Caledonia.

Russell H. Shapely, 178 Box Ave., president of the local chapter of
the National Railway Historical Society, which sponsored the excursion,
saw to it that there was plenty of peanuts aboard the train to
commemorate the occasion. They were served unshelled in paper bags and
in the form of peanut butter sandwiches.

It was the second such trip of the fans in the postwar period, the
first having been made last month over the New York, Ontario & Western
Railroad between Oneida and Sidney. Next on the agenda are tours over
the Niagara, St. Catherines & Toronto and the Arcade and Attica,
scheduled for early in September.

An excursion over a little known or used line is considered a red
letter day by the railroad fans and the Peanut Branch of the New York
Central proved ideal. Originally known as the Canandaigua-Niagara
Falls Railroad the name Peanut has stuck since 1855 when the Central
took it over and the late Dean Richmond of Batavia, then operating
vice-president, reportedly referred to the acquisition as "only a
peanut of a line.:"

Though stll an important rail link, serving among other big
customers as National Gypsum Co., in Clarence Center,The Peanut has
seen its heyday as a railroad. No scheduled passenger trains have run on
it in more than a decade. One freight makes a round trip daily on week
days. On Sundays The Peanut is a "dead duck," or was until last week

Looking from a window as the special nosed out of North Tonawanda
at the beginning of the run, one of he fans saw an elderly man
apparently sunning himself in the backyard. He was sitting in an
arm chair, a pipe in his mouth, his eyes closed. Aroused by the
train he awakened with a start and when he saw it was not only a train,
but a passenger train as well,a look of surprise spread over his face
and his pipe fell to the ground.

Further on, the train surprised a housewife at her Sunday morning
toilet. She had rushed to the doorway to see what was happening and it
was apparently not until the last coach had passed and she saw herself
in the cynosure of several pairs of male eyes on the observation
platform that she realized she was standing there in her scanties.

Elsewhere along the line, cows came up to the fence to see the
excitement. On the return trip, some fishermen on a small lake near
Akron Junction nearly capsized their boat when one of their number
stood up to point to the train.

Usually on their "Iron Horse Gallops," the railroad fans are all over
the train, in the cabin of the locomotive, hanging out of the
windows,etc. The older the coaches, the bumpier the roadbed and the
more smoke they inhale, the better they like it. In this respect their
style was somewhat cramped last Sunday as the Central gave them some of
its air-conditioned coaches and you don't open the windows on them.

At LeRoy, Earl E. Bloss, a carpenter of that village as well as a
railroad fan, boarded the special and presented to President Shapley an
unused excursion ticket on the Canandaigua-Niagara Falls Railroad from
LeRoy to the Falls,dated August 24, 1853.

Among railroad fans who made last Sunday's "Iron Horse Gallop" were
Edward G. Hooper of Baltimore Md., assistant secretary of the Baltimore
& Ohio Railroad and president of the national society; L. Newton Wylder
of Lima, Peru, who happenned to be in Buffalo on business at the time,
and Rogers E. M. Whitaker of the magazine New Yorker's staff, who came
from New York City to make the trip.

Whitaker has travlled an estimated 500.000 in railroad fan trips,
375,000 miles since in 1936 when he started to keep a tab on mileage. It
is not unusual for him to hop a plane to some distant part of the
country just for the privilege of riding a few miles on some antiquated
railroad

by BR&P
Tue May 14, 2013 8:50 am
Thanks Bruce1958, nice article. The frustrating thing is that out of all the people on the trip, probably hundreds or even thousands of photos were taken that day. Where are they now?

by RussNelson
Tue May 14, 2013 10:23 pm
Moldering in some heir's garage, or sold off to a private collector.
http://russnelson.com/#railroads Flickr

RussNelson wrote:Moldering in some heir's garage, or sold off to a private collector.

Or they threw out all that old junk when the photographer died and nobody had a clue what the pictures were of.

RussNelson wrote:Moldering in some heir's garage, or sold off to a private collector.

Or they threw out all that old junk when the photographer died and nobody had a clue what the pictures were of.

Yup,saw this many times when I was a garbage man.Pictures,old records,unopened xmas presents,etc.Throw it all away and be done with it attitude. 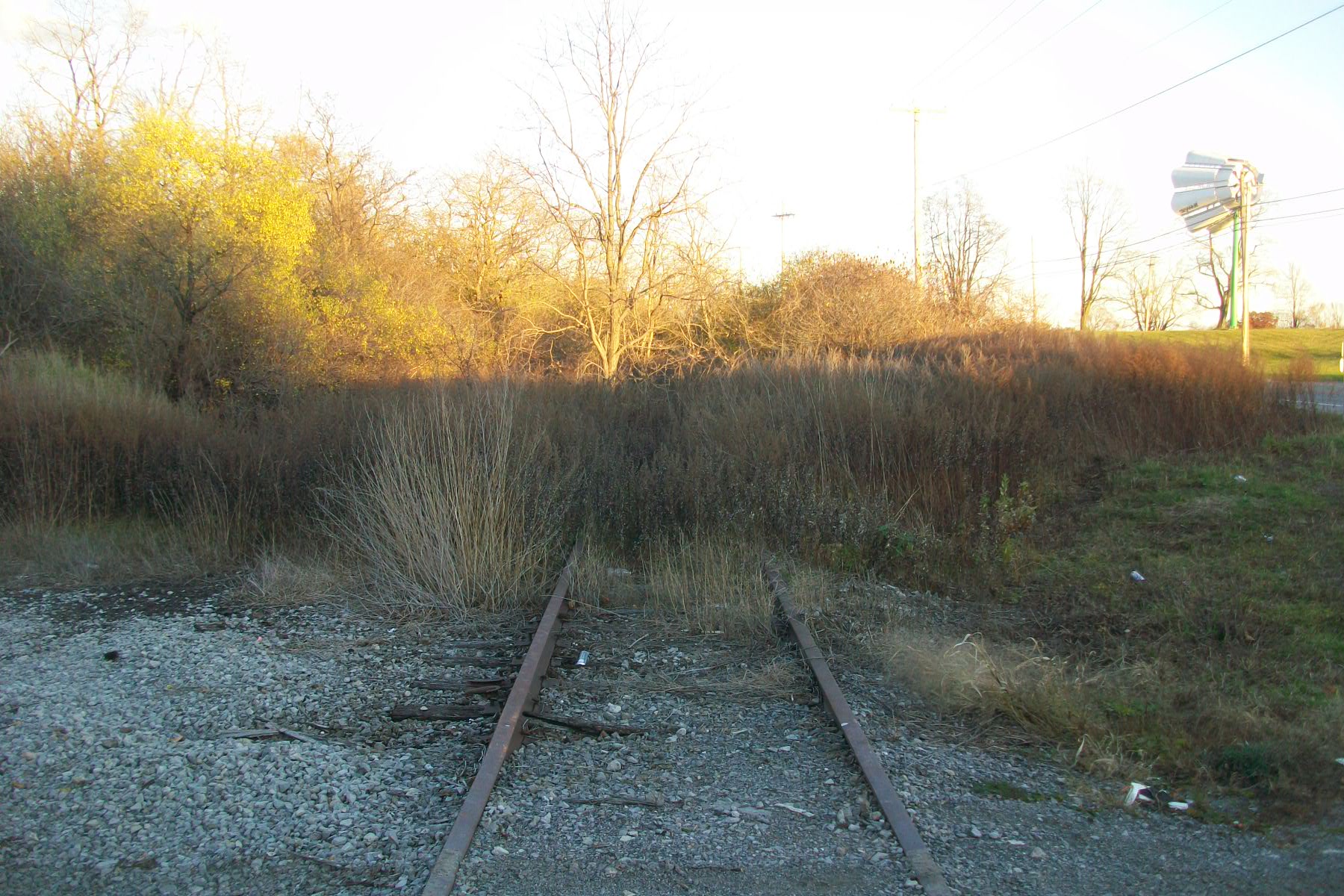 by thebigham
Mon Dec 14, 2020 9:25 pm
Track from the former NYC Peanut Line still remains at P&L Jct. This track was left in to serve Jones Chemical in Caldeonia.

A connecting track was built later to the Peanut Line so a diamond with the G&W main could be abandoned. 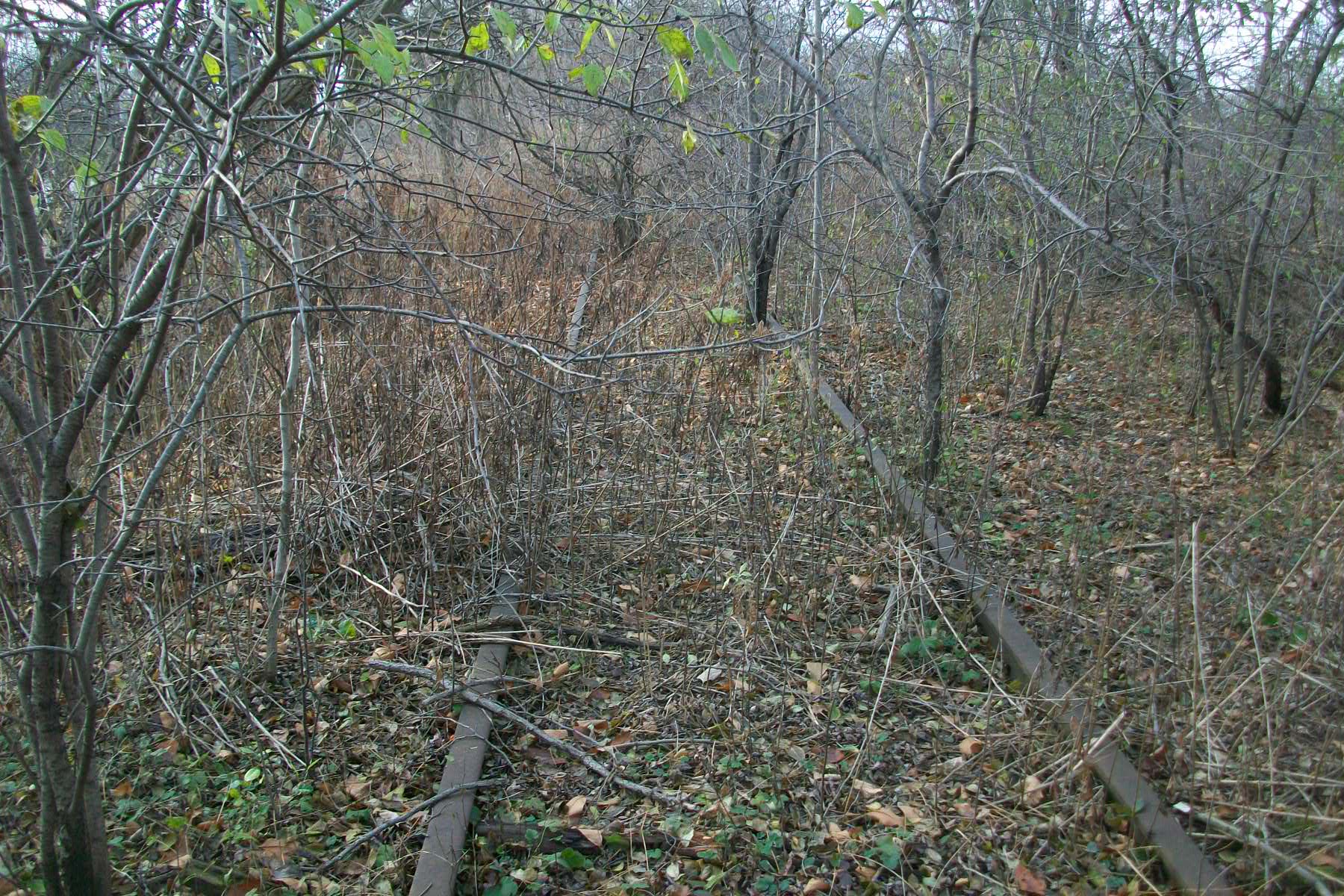 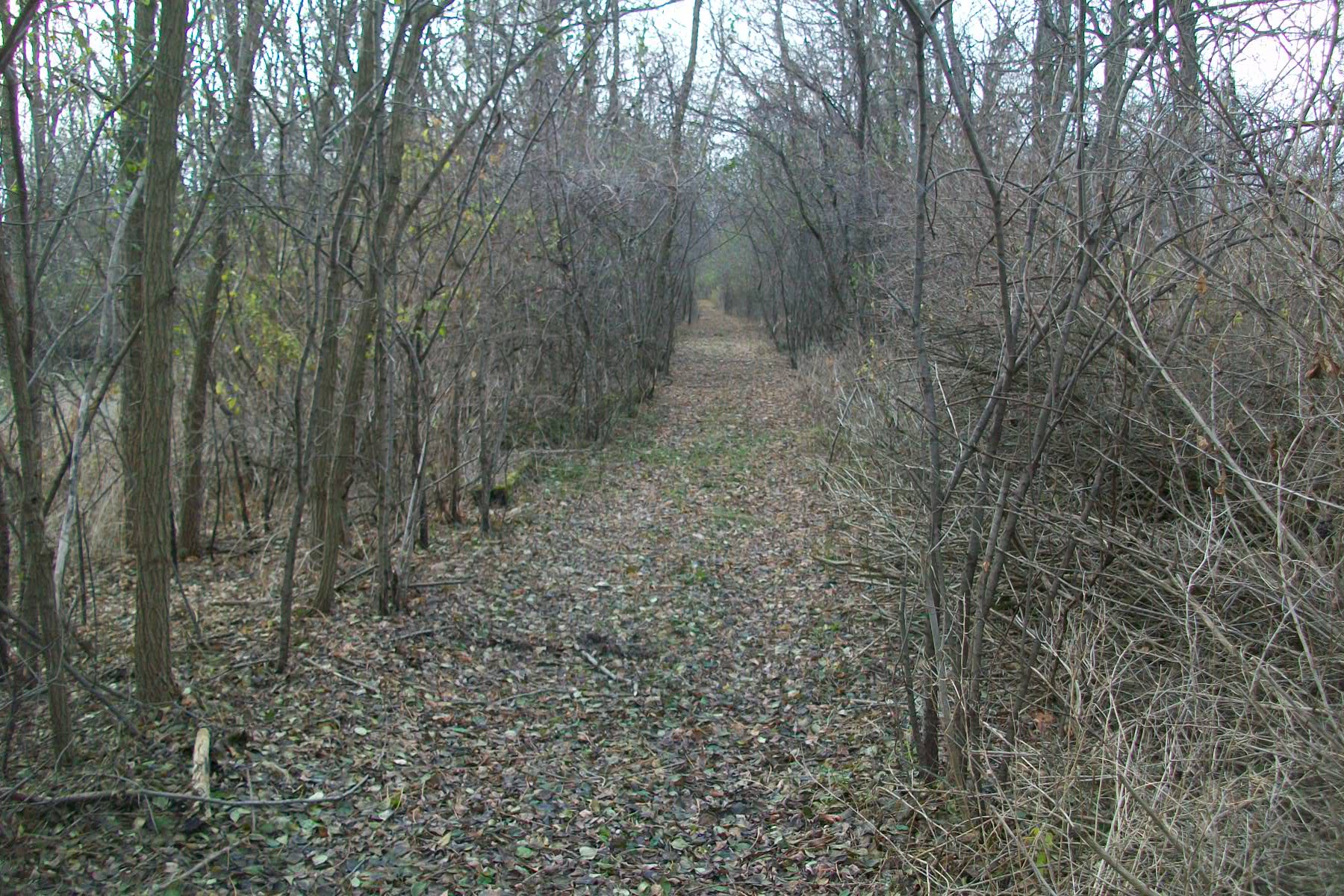 by Planeguysexploration
Fri Dec 25, 2020 9:02 pm
I often bike the section of the peanut line near Pembroke, but i can't find any sign that a road was once there! No wood, ties, spikes, or plates, I also could not find any telegraph poles or stumps. The only sign something was there is an old bridge over Bowen creek in East Pembroke (see photo). I also heard of an old depot on N Lake road in Pembroke, and noticed some track and a building labeled "Pembroke.sta" on the 1904 county atlas (view link), but old aerials and current exploration found no evidence. I also I also noticed that a very small part of the peanut might be in use in Leroy by the Rochester and Southern. A branch comes of of the RSR at the D&R depot restaurant (which is very good) and goes on the old peanut line for about 600 feet serving a business back there. on google maps a boxcar is visible idle on peanut track! I am led to believe that that ROW that crosses the peanut in Leroy right where that boxcar is on google maps was the Buffalo Corning And New York rail road which was never finished, the former Buffalo Corning & NY ROW follows the branch off the RSR to the peanut. Any information about this depot (On N Lake road) or if anyone knows what side of the tracks the telegraph poles were on it is appreciated.
20200811_124102.jpg
http://www.historicmapworks.com/Map/US/ ... /New+York/
You do not have the required permissions to view the files attached to this post.