Please allow a brief "fair use" quote and click on the link to see the pictures!


A young woman has been charged for being behind the wheel of an SUV that crashed through a barrier, went airborne and landed up against a Q train in Brooklyn on Wednesday morning, police said.

Hannah Harris, 20, was booked Wednesday evening for leaving the scene of an accident and for filing a false police report — she initially told police she had been carjacked and that a man who seized control of the SUV had been driving, police sources said

Harris drove a 2006 Nissan onto the sidewalk and into a concrete barrier separating the right-angle intersection of Albermarle Road and E. 16th St. from the subway tracks in Prospect Park South, the source said. The crash, just before 5 a.m., sent the SUV racing up the concrete barrier just as a southbound Q train was passing along the tracks. The Nissan came to an awkward, perilous rest on top of the barrier, with its front end leaning against the top of two train cars.

In retrospect, I suppose she is lucky the train was there. It beats plummeting to the tracks and then getting hit by the train. She should have just told the truth.
I want my road foreman!

Re: SUV lands on top of Q train in Brooklyn 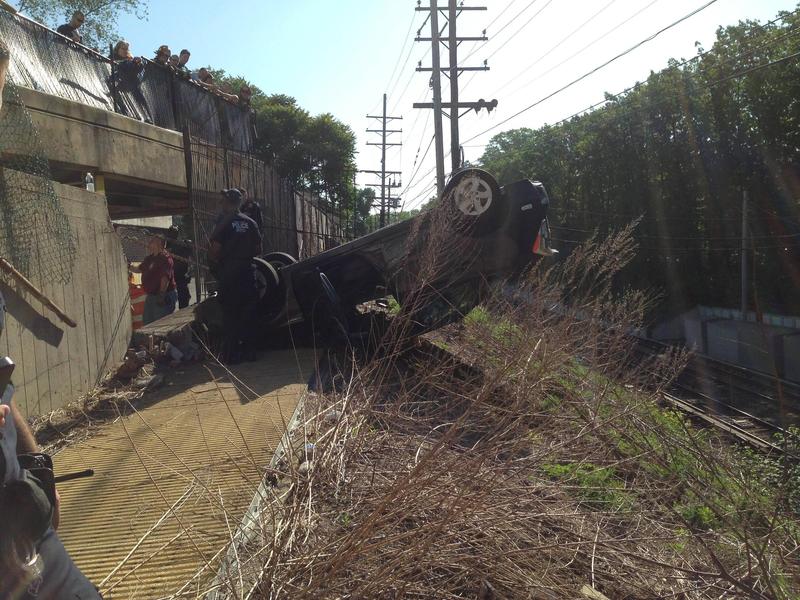