What are they doing to light rail? And is making service more than 30 minutes part of the plan?

It's all so prelim, not even an DEIS is available.
"The last and final stop is BALTIMORE PENN STATION." I can has MARC V?

You can read all about opposition in Ashland, in the county, and at the college here: https://railroads.dot.gov/sites/fra.dot ... 20FEIS.pdf

Station improvements are a separate project. The state/feds are not funding it as part of Southeast HSR. They did take this nice picture. 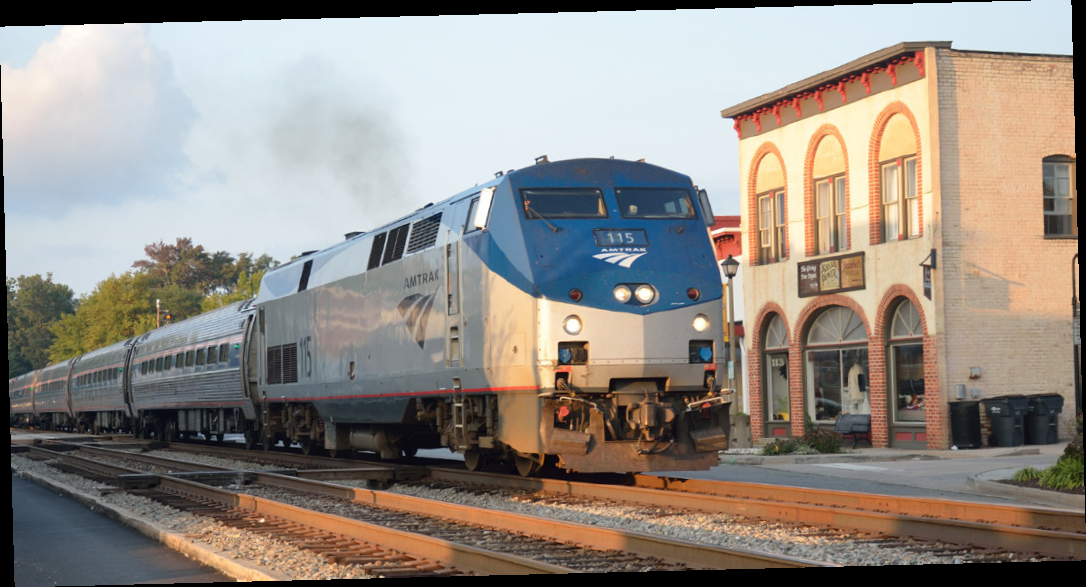 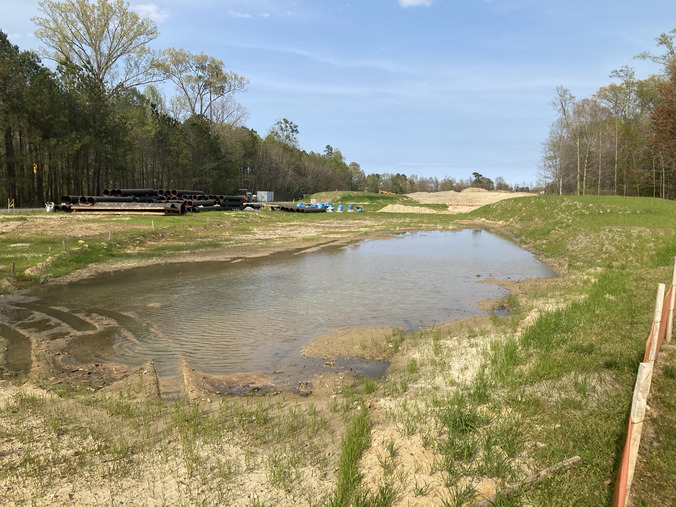 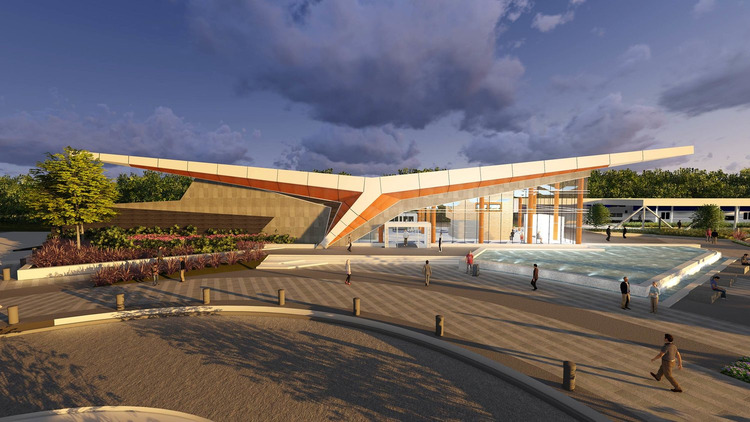 by daybeers
Sun Apr 11, 2021 8:48 pm
A welcome change? Never been there but six miles further from downtown isn't great.

by Roadgeek Adam
Sun Apr 11, 2021 8:59 pm
6 miles from downtown.....Amtrak should be working harder to get closer to the downtowns for the sake of benefit to all riders. Bringing the station further from downtown will make things worse in terms of ridership.

One of the nice things about Connect US 2035 is that they only want to use the downtown Cheyenne station instead of the Borie station. The concept is stronger now to move stations back to downtown.
I didn't get into teaching for the promotions or the pension plans or so I could get to the golf course by 3:45. I did it because I wanted to help you kids. I'd forgotten that, till today. -- Principal Peter Prickly.

Roadgeek Adam wrote: ↑Sun Apr 11, 2021 8:59 pm 6 miles from downtown.....Amtrak should be working harder to get closer to the downtowns for the sake of benefit to all riders. Bringing the station further from downtown will make things worse in terms of ridership.

One of the nice things about Connect US 2035 is that they only want to use the downtown Cheyenne station instead of the Borie station. The concept is stronger now to move stations back to downtown.

I'm glad to hear about Cheyenne. Another advantage of downtown stations is that they may drive smart growth.

When you read some documents they say Amtrak wants stations downtown, but it doesn't seem to be the highest priority. In this case CSX really wanted Amtrak out of its nearby coal yard. Newport News is a low-level sprawl and has been pushing the area the new station is in, anchored by Christopher Newport University; some good (expansive) museums and parks; a nouveau mall; and the struggling airport, which gets a shuttle. The "city center" mall, hotel, etc., built in 2009, is a big enough deal that on another thread here someone thought NPN station was moving to downtown.

Olden times the train went further, past downtown NN to the adjacent compact city Hampton, then to the bayside enclave city Poquoson. When HSR was in the cards for NN instead of Norfolk, one idea was to go to Hampton.

(In this area of the state, all the counties became cities in the mid 20th century, and they have large rural and suburban areas, leading to some word salad on the term "city.")

by Roadgeek Adam
Sun Apr 11, 2021 9:38 pm
I'm speculating on Cheyenne, but I sincerely doubt the new service would run to Borie. There's no need for the u-turn at Cheyenne that was abandoned 42 years ago since the service isn't going west.
Last edited by nomis on Sat Apr 17, 2021 11:26 am, edited 1 time in total. Reason: Removed immediate quoting
I didn't get into teaching for the promotions or the pension plans or so I could get to the golf course by 3:45. I did it because I wanted to help you kids. I'd forgotten that, till today. -- Principal Peter Prickly.

Generally I am a huge proponent of the assumption that downtown stations are best. However, in the case of Newport News, the traditional downtown no longer really exists. Its just shipyards, parking lots for shipyards and the rail yard. There is almost nothing in the area that would be useful to a Amtrak rider. The new station near the mall plus the Thruway bus to Norfolk is probably the best situation for this particular terminus. As Kitchin says, It would be ideal if a miracle happened and Amtrak could run to downtown Hampton on the existing spur (or Phoebus would be ever better on abandoned track and no-longer existent bridges) but I don't think that does enough to resolve the coal yard issue and it would be slow.

by Pensyfan19
Mon Apr 12, 2021 8:09 am
Why is Amtrak moving six miles north [away] from the existing station? I do feel that most stations are best accesibile and beneficial for any passenger when located downtown or in the center of town (such as many northeastern [European style] cities having their train stations in the center of towns/cities). How about moving to the original Chesapeake and Ohio Station? I'm not sure where it currently is, but I think it was right up to the piers. And regarding what to do in Newport News? Here's a helpful list for anyone interested in that town.
Last edited by nomis on Sat Apr 17, 2021 11:28 am, edited 1 time in total. Reason: Removed immediate quotes
"Look down, step over, and watch the gap!" - Dr. John Clarke, The Gap Rap (2010)

by kitchin
Mon Apr 12, 2021 10:41 am
I'll add some context to the previous discussion of why Newport News may be happy enough with the new station. I'd prefer it in Hampton myself.

The original NN station you mentioned, by the docks, is a restaurant and CSX would really not want it back there! The powers-that-be in Hampton Roads, and plenty of regular people, support facilitating industrial transportation and shipbuilding, putting up with endless streams of container trucks on highways and neighborhood roads. I'm sure the same thing goes on in Savannah - I've been caught in the truck traffic there. It's a balance, and some roads are limited by time of day. When it comes to rail, you have NS, CSX and the shortlines, serving several deep-water container ports and two large coal ports. The state gives and takes with NS and CSX, and while it has cost the taxpayers a lot, generally it has worked out with more Amtrak service, and as far as I know freight-caused delays are not bad in Virginia. Correct me if I'm wrong. The freights have opened up hundreds of miles of new rail to pax, and frequencies have increased. Yes, it cost a lot, but it's a give and take that the state has done. Amtrak advocates say the new services are paying for themselves, and they do have high ridership.

This is a big turnaround from the 1970s when the Hilltopper, the Mountaineer and the James Whitcomb Riley ran slow, delayed, and almost empty with half the passengers on legacy employee lifetime passes. Or so the story goes.

Meanwhile the freights have made improvements, like welded rail, and the rides from NPN to RVM, and NFK to PTB, are fast and smooth, noticeably better than RVR to WAS on the NEC. I could rant about RVM-RVR and why Richmond should have a single station at Broad Street Station, the Science Museum, but that ship has sailed. (Added: and I may be wrong - the track configuration there is not ideal, but there sure is plenty of room for parking and it is downtown-adjacent, with highway access. Instead all trains except the Auto Train will stop at RVR, swoop over to stop at RVM, and take a shiny new bridge over the James River to a pax-friendly alignment southward, with the plans pretty well set in stone now, whenever they do happen. The "swoop" is currently the speed of a donkey path so only NPN-bound trains go that way.)

by scratchyX1
Mon Apr 12, 2021 11:15 am
Look at the bus map for Newport News. Even though it's further away from Norfolk, it's closer to things other than industrial areas. I do wonder why Bush Gardens doesn't get a station to go with increased number of trains.

by Literalman
Mon Apr 12, 2021 3:22 pm
I've gone to Newport News a few times on the train. I rode the local bus to the Mariner's Museum and walked back. I visited a park across the road to see a steam engine and saw tanks and cannons beyond the trees: an army museum with some outdoor displays, so walked around there and then back to the Amtrak station. I don't know whether I'll be able to walk anywhere from the new station.
Steve Dunham
Alexandria, Virginia
My website is "www.stevedunham.50megs.com"

by WhartonAndNorthern
Mon Apr 12, 2021 10:11 pm
Richmond Broad Street had a now-removed set of loop tracks so RF&P (and ACL and PRR and whoever else had trackage/haulage) trains could enter the station and loop back out. Example: train from NY to FL enters the north end of Acca Yard (just south of present RVR) , exits Acca at South AY (the Southeast leg of the Acca Wye) proceeds to Broad street, works the station, continues to the loop tracks where it then heads northward on the RF&P back to the Acca Wye to exit at West AY (the Southwest leg of the Acca Wye) where it then goes southward on the RF&P James River Branch and heads over the river where at a specific piling, ownership transfers to the ACL.
Last edited by nomis on Sat Apr 17, 2021 11:37 am, edited 1 time in total. Reason: Removed immediate quotes