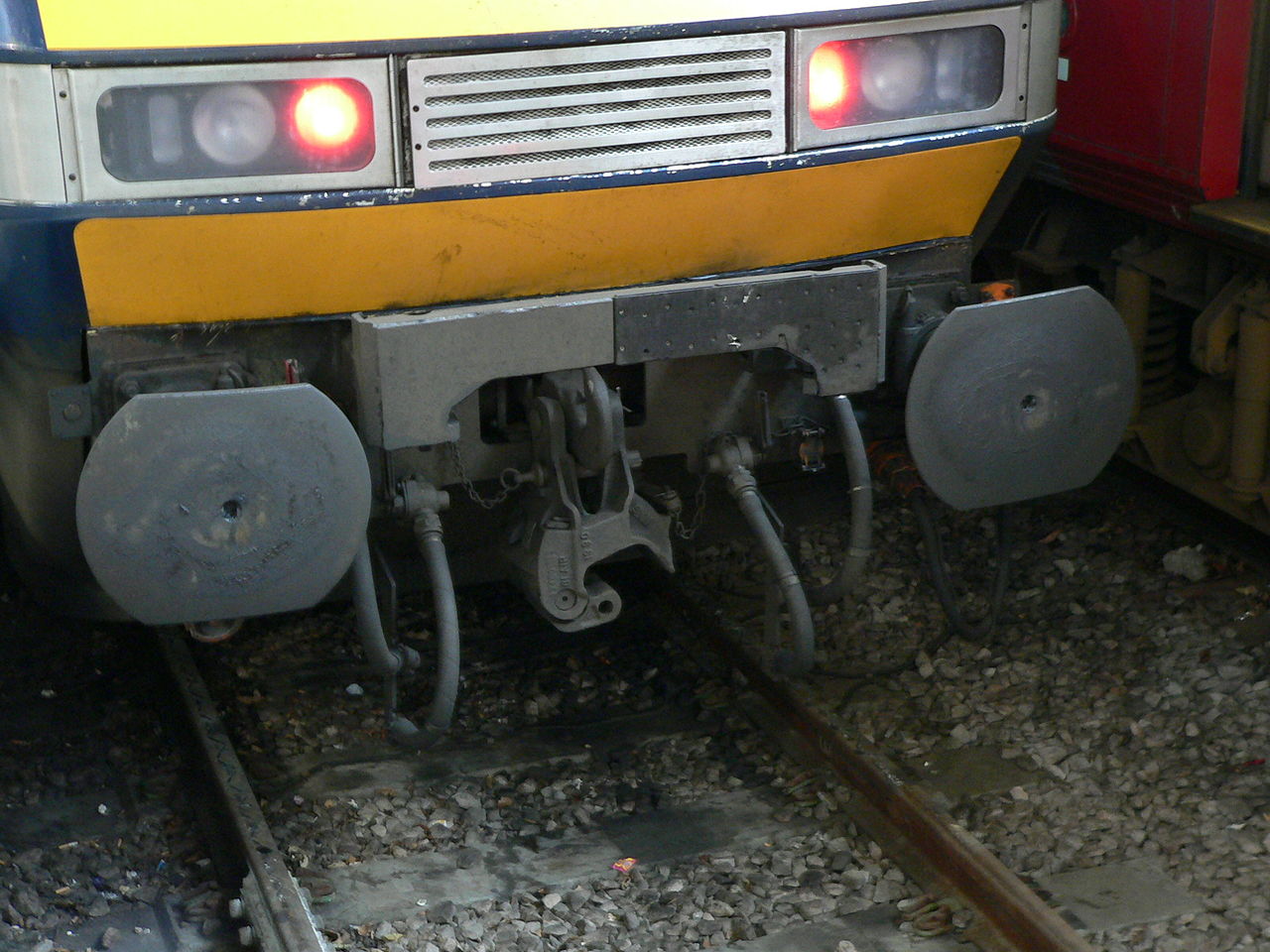 A European hook and horn? AYFSM? The ICC forbade those in the US over a century ago.
~John Perkowski: Moderator: General Discussion: Locomotives, Rolling Stock, and Equipment
Assistant Administrator: Railroad.net/forums
Jeff Smith & Greg Primrose now own railroad.net!


A European hook and horn? AYFSM? The ICC forbade those in the US over a century ago.

No, I was just suggesting that there was a way to have a "backup" American AAR coupler available for use if necessary.

by MattW
Thu Apr 29, 2021 9:16 am
I think his point is that a swing-down AAR coupler would only work with a hook and horn type coupler. I can't imagine an AAR coupler being able to swing out of the way of a Scharfenberg or pin and cup coupler.

But for an automatic coupler, could each car just carry a pair of coupler adapters?

Kind of anticlimatic but Amtrak has chosen Siemens Venture cars and locomotives. Interesting thing is the hybrid locomotive.

And please, lets not think we can still use Amfleet elsewhere. They are old, they have done their job much better than any Budd engineer could hope for. Let them go to the torch honorably.

by Matt Johnson
Wed Jul 07, 2021 10:21 am
I'm confused - what is this mythical dual mode locomotive, and where does Amtrak's existing newly acquired fleet of ACS-64 electrics fit in?

by MattW
Wed Jul 07, 2021 10:27 am
Those battery hybrids are a bad idea, there is no train under Amtrak that would benefit from them.

MattW wrote: ↑Wed Jul 07, 2021 10:27 am Those battery hybrids are a bad idea, there is no train under Amtrak that would benefit from them.

Huh? I could see them potentially being useful for a variety of trains including the NER run that continues direct to Springfield, the Vermonter, and potentially NER Virginia service depending on the range.
"We are running with normal train service on the Red Line. We apologize for the inconvenience."

MattW wrote: ↑Wed Jul 07, 2021 10:27 am Those battery hybrids are a bad idea, there is no train under Amtrak that would benefit from them.

Dual Mode means they can run on both diesel and electric catenary, which is huge in the NE Corridor. Although, as the article mentioned, some used out West, where there isn't any electrification, would be dual mode battery - diesel


The train, built with bidirectional capacities, will reduce turnaround times while their dual-power engines — electric and diesel — will help reduce the time it takes for trains to transition from electrified into non-electrified territory. The fleet will include diesel-only train sets for use on the West Coast, where tracks are not electrified, and some battery-diesel hybrid trains.

The Brightline equipment sets, to which reference is drawn, have four cars each. Applying that to the Amtrak order, that means 83 X 4 or 332 cars - hardly what's needed to replace the A-I fleet in its entirety.

So unless there are "options" A-I's will still be around indefinitely. But if I'm mistaken and they are all retired, the traveling public owes a great debt to those "fuselages on rails".

"Thank you for your service", Amfleet.

Matt Johnson wrote: ↑Wed Jul 07, 2021 10:21 am I'm confused - what is this mythical dual mode locomotive, and where does Amtrak's existing newly acquired fleet of ACS-64 electrics fit in?

Judging by what the article writes (only 40% of the fleet is being replaced by these Siemens trains), they will still serve most NEC/Keystone trains.

I imagine that these train sets will only serve the NEC on trains that leave electrified territory, but only for a (relatively) small portion of their route. This could include NE Regionals to Richmond, Norfolk, and Newport News on the Southern end, and trains to Springfield, MA and Portland, ME on the northern end. It doesn’t sound like these are intended for long distance.

Sprinters will therefore still be assigned to NE Regionals that only operate within electrified territory, LD trains running over the NEC, and keystone trains.

I imagine most of the use of these other trainsets will likely be on planned corridors that are not yet operable, like PHL-RDG, NY-SCR, etc. I don’t think the Pennsylvanian or Carolinian trains will get these, as they are semi-long distance, and the Midwest trains are already getting their new equipment.

That having been said, this article is QUITE confusingly written. I made all of the above conclusions based on the assumption that this is a trainset a-la Brightline or the Acela 1s, but given Amtrak’s history, current infrastructure, and existing equipment, it would make much more sense that they would be purchasing a pool of Venture coaches along with some dual-mode version of the Charger, to be used anywhere needed at any given moment. If that would be the case, I’m not sure if we’re to expect a full replacement of all short-distance Amfleets, or if this will just replace some of the worst examples.

by MattW
Wed Jul 07, 2021 11:28 am
After reading the Siemens release, I wonder if the battery will be more of a battery-assist where the battery is charged during braking, then used on acceleration so the diesel engine doesn't have to work as hard from a stop.

Other long distance service would be under the Amfleet II order which could be an option to this order or a separate procurement. They did previously announce their intention to shift the Palmetto to the equipment used in the Amfleet I replacement order in order to reduce what is required for the Amfleet II order and due to its similarity to other 1x daily longer distance trains like the Vermonter, Pennsylanian, and Carolinian that don't quite meet the mileage requirement to officially be federally funded Long Distance service but are in essence LD trains extending off the NEC (if the Palmetto was just a little bit shorter it would have had to be a state supported route.) The decision about how to proceed with Amfleet II was going to be based on what direction they went here and whether there was a suitable product related to this order that could also replace Amfleet IIs.