by photobug56
Sat Oct 02, 2021 8:05 pm
Did Brightline send away all its trainsets during the pandemic shutdown? And what was being done with them?

photobug56 wrote: ↑Sat Oct 02, 2021 8:05 pm Did Brightline send away all its trainsets during the pandemic shutdown? And what was being done with them?

This is an additional trainset (Trainset 6/10) being delivered. Brightline initially only ordered 5 and ordered the extra 5 more when Orlando Construction began. This would be trainset Brightred 2. This is the first of the extra 5 trainsets ordered. 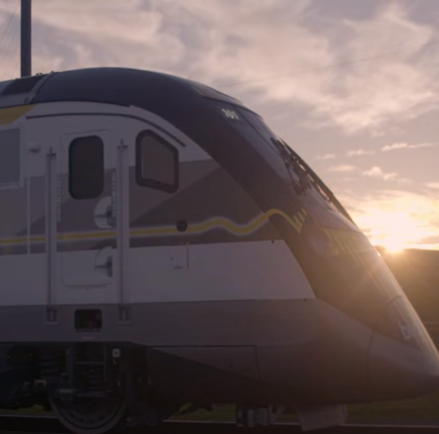 by west point
Sun Oct 03, 2021 10:13 pm
It appears that the early Brightline train sets that were in operation did not have the potable water lead problem. That brings up the question of " what is the difference in Brightline's potable water system compared to the mid American train sets ' potable water system.? Different vendor? Same vendor cutting corners? Manufacturing process changed in name of efficiency ? Contamination occurred in transit ? Contamination happened during storage at Siemens ? Any others can anyone think of ?

by BandA
Mon Oct 04, 2021 5:25 pm
There is no excuse in 2021 for lead contamination in the water. Probably the Brightline sets haven't been tested or their systems were flushed before testing. The only way you can get lead is if illegal parts or solder was used. Brightline will need to test their trains.

by eolesen
Mon Oct 04, 2021 7:47 pm
They need the FDA certification before originally being placed into service. I'd guess their cars are fine if they were previously in service.

BandA wrote: ↑Mon Oct 04, 2021 5:25 pm There is no excuse in 2021 for lead contamination in the water. Probably the Brightline sets haven't been tested or their systems were flushed before testing. The only way you can get lead is if illegal parts or solder was used. Brightline will need to test their trains.

to be fair to China, CRRC hasn't had a lead water problem in any of their passenger stock.

I've worked in China. They only disclose what they can't hide anymore.

The only time deaths or injuries get reported is if foreigners are involved or it happens in view of foreign reporters.

west point wrote: ↑Sun Jul 18, 2021 1:56 am Any delivery dates for the first train sets to Orlando maintenance facility / Until the tracks work is connected to the coal line no possibility

There is a new connection to the coal station line (OUC/CSX Stanton), but as of October it was barely longer than the 1600' foot rail being delivered there by CSX, shown on a drone video by Roaming Railfan. It connects to bare roadbed.

The same source says Trainsets #7 - #10 and a spare loco will be delivered directly to Orlando Maintenance via a new interconnect to CSX at the west end of the facility. https://youtu.be/Ca6NYpFgjaI?t=445

The Orlando facility will be named after Henry Flagler, founder of the FEC, and of Florida East Coast Industries, which owns Brightline. Of course, FEC is owned by Grupo Mexico corporation, and the other thing by a U.S. private equity company.

by kitchin
Mon Dec 06, 2021 1:17 pm
One other thing in that video, the continuous rail for Orlando Maintenance was cut up and delivered by truck, then welded together onsite.

by robelybasis
Wed Jan 26, 2022 5:19 pm
Brightblue 2 Trainset 7 (112/113) left the Siemens plant yesterday on 1/25 and is scheduled for 1/29 arrival into MCO maintenance facility, the 3rd trainset (TS8) was scheduled to run as well but was pushed back to a week from now. First trainset that will be delivered via CSX onto the Stanton rail connection to join Brightline in Orlando.

by west point
Thu Jan 27, 2022 7:20 am
If CSX delivers by the "A" line it will be the first to travel on any Amtrak line, If so get your pictures at the Orlando Amtrak station. Good PR would be for Brightline to open house it there as there is no good location for open house at the airport.

west point wrote: ↑Thu Jan 27, 2022 7:20 am Good PR would be for Brightline to open house it there as there is no good location for open house at the airport.

OK; so apparently there is now rail access to McCoy (MCO). The last time Earth photo-shot around there, there did not appear to be any.

Now so far as displaying a set at the Amtrak station, Amtrak is a "competitor of sorts" in the ORL-MIA market - even with just the "one a day" 91-92 via TPA.

by kitchin
Fri Jan 28, 2022 2:22 pm
The MCO Intermodal Terminal is owned by the airport, and Brightline has a lease. Sunrail has space there to lease if it wants it.

Brightline connects to the Stanton coal plant spur around OUC milepost 16, out on Highway 528 almost halfway east to Cocoa. In the future it will connect to OUC around milepost 3, adjacent to its Orlando Maintenance Facility. I'm surprised the BL track from Orlando Maintenance to milepost 16 is ready, but the Roaming Railfan's drone can't be everywhere.