by rcthompson04
Thu Jul 07, 2022 9:01 am
I don't get the Amtrak trashing. Amtrak runs an analogous service pretty effectively between Harrisburg and Philadelphia.

by mcgrath618
Thu Jul 07, 2022 11:06 am
Top brass at the Authority wants nothing to do with Reading. This entire thing (Amtrak, the Schuylkill River PRA, etc) is only happening because SEPTA is worried that it will somehow impact the viability of KOP Rail, along with a general aversion to diesel, sharing trackage with freight, and logical expansion in general. The only trackage currently shared with a Class I is at Norristown, and that's being moved further west, almost eliminating it entirely.

You are right: SEPTA should be running to Reading. We retain trackage rights to Pottsville (though I'm not sure even our real estate department remembers). Our route is preferable to the proposed Amtrak routing (they plan on restoring the connection to CSX at ZOO and running via the RDG freight main) and could directly serve Center City with a one seat ride. Amtrak has trackage rights only as far as Suburban, not Jefferson or Temple.

Amtrak running the service isn't really that odd, however. They have plenty of comparable trains (Keystone, Hiawatha, etc) and would probably be able to throw more weight around with NS to get it happening. The direct ride to New York City (something that SEPTA is currently incapable of doing) is also a huge plus.

In a perfect world, the tracks between Cynwyd and Spring Mill would be restored and Amtrak would use that as access to 30th/Suburban, rather than the RDG freight main. It would keep them out of NS's hair until Norristown, and would be a quicker ride to Center City than even the current Manayunk/Norristown line. MAS on the Cynwyd is being raised to 40 mph in most places following the next resurfacing, and speeds could be even higher with a little work. This also opens up the door for a plethora of interesting ideas for SEPTA service patterns and reshuffling.

by scratchyX1
Thu Jul 07, 2022 2:48 pm
Wait, Septa has had operating rights to Pottsville, the whole time? Do they have any property up there?
Operating over the Manayunk Bridge would make sense, I'm assuming with the traffic patterns, it could still be single track, with the trail, though. Why was service over it ended?
Using that would give the most flexability, for the service. I guess the one thing amtrak would have that SEPTA doesn't, is the dual modes to operate downtown.

scratchyX1 wrote: ↑Thu Jul 07, 2022 2:48 pm Wait, Septa has had operating rights to Pottsville, the whole time? Do they have any property up there?
Operating over the Manayunk Bridge would make sense, I'm assuming with the traffic patterns, it could still be single track, with the trail, though. Why was service over it ended?
Using that would give the most flexability, for the service. I guess the one thing amtrak would have that SEPTA doesn't, is the dual modes to operate downtown.

SEPTA used to go there.
It used to run up the RDG main, through 16th St. Junction, and then out through Abrams Yard and continued on the Main. 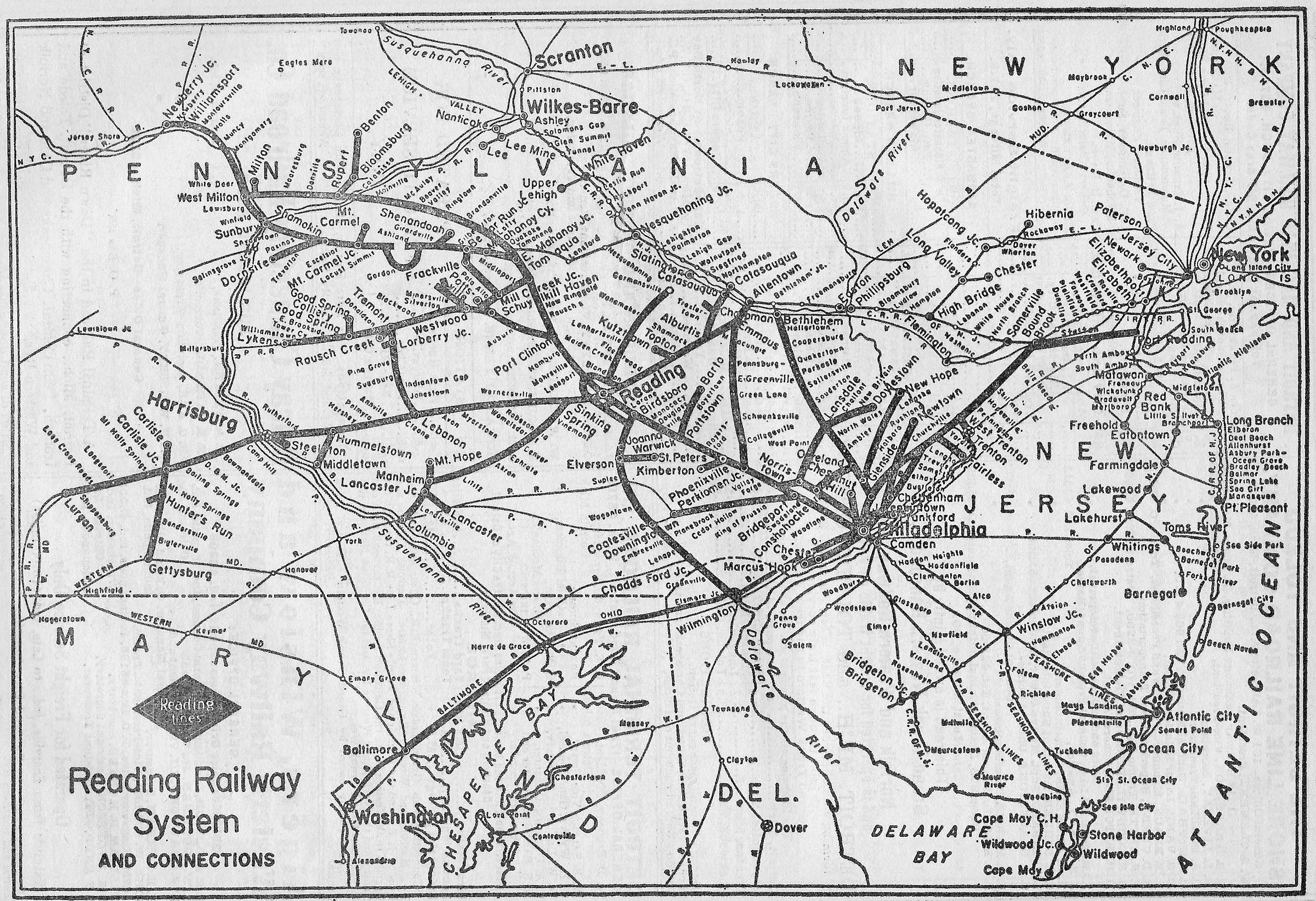 by 93r8g7
Mon Jul 11, 2022 4:33 pm
Because it's yet another excuse for the feds to insert themselves where they have absolutely zero business. And an excuse for people in Harrisburg to waste our taxpayer dollars. Anything you give Amtrak the agreement to run, is far more cost per mile, another cumbersome ticketing system, and another example of failed leadership. Why are we giving a government run bloated company out of DC any authority to connect cities in the State of Pennsylvania?
We have the equipment and personnel in SEPTA, which is a State agency in and of itself. Pure incompetence to give this to Amtrak.

This line can be operated via Norristown and NS, as it once was.

by andrewjw
Wed Jul 20, 2022 5:48 pm
Your criticism of Amtrak is some kind of 1700s argument against the federal government that frankly makes no sense.

Notably the agency you say has a "cumbersome ticketing system" has a working app and website, ticket vending machines, and even a rewards program that gives you free tickets like an airline or like most European trains, vs the agency that cannot even support Apple Pay on contactless payment pads which support that in many other cities, cannot get their ticketing system working for their parking lots, and refuses to put vending machines outside of center city...

Do you want to go to Reading in a train with no bathroom? Do you want 2x3 bench seating? Do you want to buy new trains on a totally different spec from the national standard that are difficult to maintain and go out of service for failing parts no other agency has to deal with? Because that's all SEPTA.

by PHLSpecial
Wed Jul 20, 2022 9:38 pm
Well the next train order Septa seems to be going for off the shelf. As for the bathrooms no clue what they will be doing. Septa is aware of these problems, but I have no clue how they will address them

andrewjw wrote: ↑Wed Jul 20, 2022 5:48 pm Your criticism of Amtrak is some kind of 1700s argument against the federal government that frankly makes no sense.

He has some points, states' rights/10th amendment, basically intrastate service should be left to state, local
or regional agencies. Yet there are some intrastate Amtrak routes (the California routes and Empire Service most notably).
Since my friend continues to chain smoke nonstop, she is probably an Alco.

by ChesterValley
Thu Jul 21, 2022 9:37 pm
...I know I get grumpy from time to time but I'm a bit confused as to how this is devolving into a bizarre 10th amendment argument for dissolving Amtrak or forcing it to not operate non-interstate routes.

IIRC, Amtrak did rebuild the AC Railroad too, plus as stated earlier in the thread The Keystone and Pennsylvanian service primarily benefit Pennsylvanians yet we use Amtrak.

There are no copper wires from Norristown to Reading, and there are no refueling pads for diesel and SEPTA from what I remember refuses for some reason to have anything to do with diesel let alone dual power. From a pure logistics standpoint Amtrak is the only operator with the resources on hand to be able to have any sort of Railroad service to be able to activate that doesn't require intensive infrastructure buildup.
The Scheduled 11:30 R5 Local to Malvern Next To Arrive on track 4 Section B

by rcthompson04
Fri Jul 22, 2022 7:29 am
Amtrak runs a similar service already in Pennsylvania with the Keystone Service. The frequency and distance between stops fits nicely within the same framework. Once Amtrak has its dual mode Siemens trainsets it will make even more sense.

by scratchyX1
Fri Jul 22, 2022 10:57 am
Yup. I know phoenixville was looking at leasing dual modes from NJT, to prototype to service. But if there are standard locomotives and gear from amtrak, even better.