by PRRGuy
Fri Mar 09, 2007 11:56 pm
Located in Hammond, Indiana This 2-8-2 Mikado of NKP's H6 Class has been on display since 1955. Work is in progress to form a Railroad Museum in Hammond to preserve and restore this locomotive. 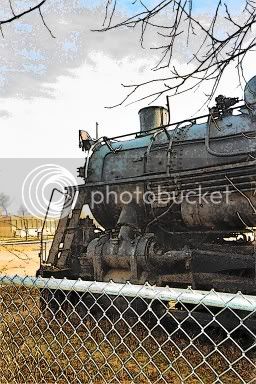 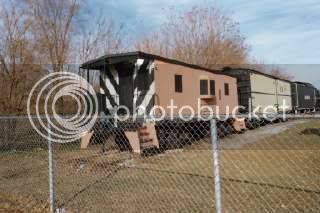 
Also, here's a story from today's Hammond Times about the group.

The Nickel Plate Road No. 624 steam locomotive has stood across Sohl Avenue from the Hammond Civic Center for more than half a century, and train buffs are forming a nonprofit corporation to restore the aging engine and its companion cars.

"Our ultimate goal is to get the 624 running again," said Kevin Heggi, of the Hammond & Northwest Indiana Railroad Preservation Society.

Though early in the process -- the group's Web site won't be up until next week, and it will likely be summer before its nonprofit status is affirmed -- the idea is not so far-fetched, Heggi said, as similar Nickel Plate steam locomotives currently operate in Fort Wayne and Indianapolis.

"The one in Indianapolis is virtually a twin to the one in Hammond," he said.

Built in Ohio in 1922, No. 624 logged nearly 1.7 million miles before being taken out of service in 1955 to become part of the exhibit commemorating Hammond's central role in the steam locomotive era.

A South Shore Railroad caboose and Milwaukee Railroad refrigerator car, which earned national attention last fall when four men were found living in it, were added to the exhibit in 1976.

With support from city agencies, the society hopes first to restore the caboose and refrigerator car.

"We want to start at the back of the train and work forward," said Heggi, who has volunteers lined up to rebuild the interior of the caboose, which was destroyed in a 1976 fire.

The refrigerator car will be repainted to resemble those used by George Hammond's meat-packing company, from which the city got its name, Heggi said.

And though it's been more than a decade since Ol' No. 624 has had a mechanical inspection, Heggi said he's confident the engine can be restored as a fully functioning mobile railroad museum and tourist attraction.

Both Homewood and Rochelle in Illinois have built popular attractions based on their railroad histories, and Hammond can, too, Heggi said.

Contact the society through their Yahoo Internet group at finance.groups.yahoo.com/group/NickelPlateRoad624/, or by calling Richard Lytle of the Hammond Public Library's Suzanne G. Long Local History Room at (219) 931-5100.
http://nictd1000.rrpicturearchives.net

"Our ultimate goal is to get the 624 running again," said Kevin Heggi

A few years ago, a group from Michigan wanted to restore the loco for use on some short line, the city didn't like the idea so it continued to sit.
http://nictd1000.rrpicturearchives.net

Username
PRRGuy
Posts
1174
Joined
Wed Mar 24, 2004 12:25 am
Location
NW Indiana
by Otto Vondrak
Tue Apr 17, 2007 3:34 pm
Hey, with the right amount of money, anything is possible. It just seems with the cost of insurance going up, tighter federal regulations, and the need for millions of dollars of work and a backshop to support it... cosmetic restoration seems the most likely.

Not that I wouldn't like to have a fleet of NKP engines running around! That would be great!

Username
Tadman
Posts
10442
Joined
Wed Sep 01, 2004 10:21 am
Location
CHI/NOL
by PRRGuy
Sun Apr 22, 2007 9:23 pm
Right now, we're looking into the former Monon yard near 165th st. One problem facing us right now is how to get the pieces over there as the former Erie main which the locomotive was brought in by is now...a bike path.
http://nictd1000.rrpicturearchives.net

Username
PRRGuy
Posts
1174
Joined
Wed Mar 24, 2004 12:25 am
Location
NW Indiana
by Tadman
Mon Apr 23, 2007 11:59 am
Uh, it's my impression that the Monon yard in So. Hammond is now also a bike path - following the roadbed south from the big junction at Hohman, it appears to bisect a school-ish building and cross 165th on a diagonal half-way between Columbia and Calument Ave. There's a vibrant yard just east of the old Pullman-Standard plant that is owned by NS, and is half-way between Indianapolis blvd and the EJ&E. Is that what you mean?

Username
Tadman
Posts
10442
Joined
Wed Sep 01, 2004 10:21 am
Location
CHI/NOL
by PRRGuy
Tue Apr 24, 2007 9:09 pm
Actually, the school site and path is the former Erie main. The Monon line thru Hammond is currenly owned by NICTD for it's "West Lake" expansion. They own the mainline and we believe the city owns the former yard site.


Here's a link to a satelite image of the south end of the yard, near I-94.