by highrail
Tue Feb 22, 2022 5:32 pm
I found several old negatives from Rockingham Junction. The western leg of the "Y" was still connected to the main at that point. There was some sort of wreck nearby and they stuffed a bunch of the cars on that old "Y". Hard to believe that this was about 20+ years ago! The old freight building was still there and the signal was still there on the main.
Steve

PS Jonathan...I knew I could find these shots! 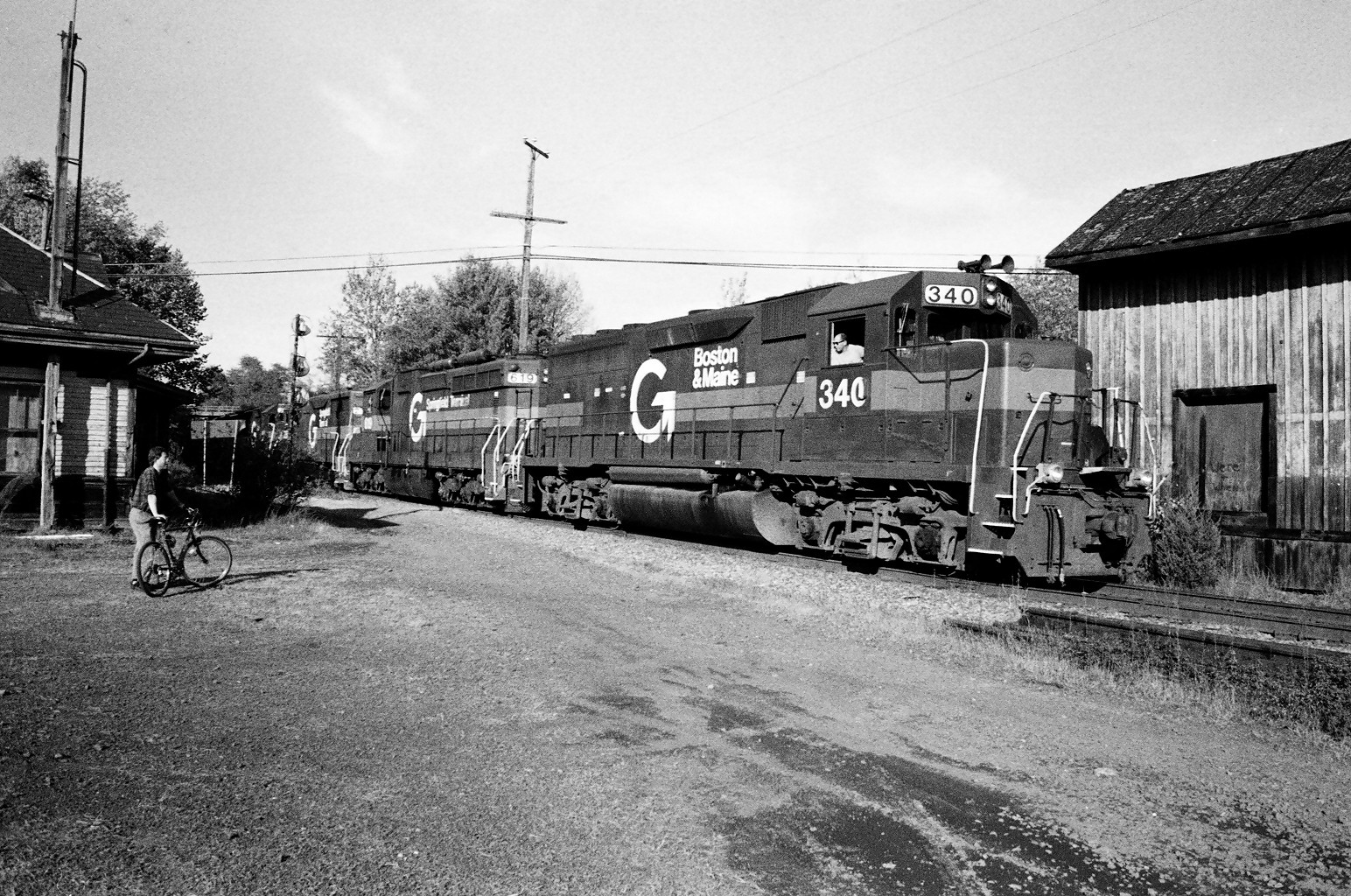 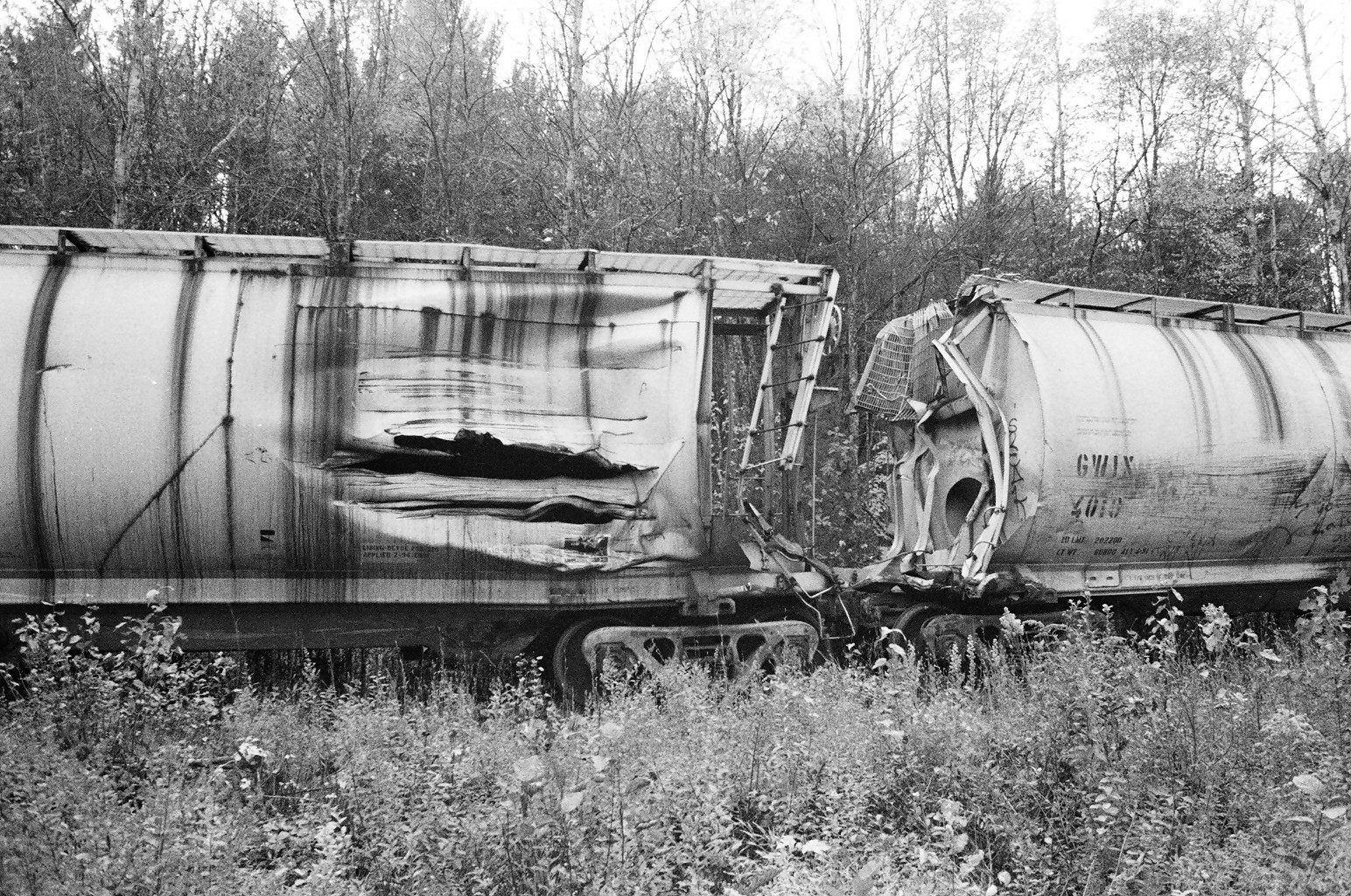 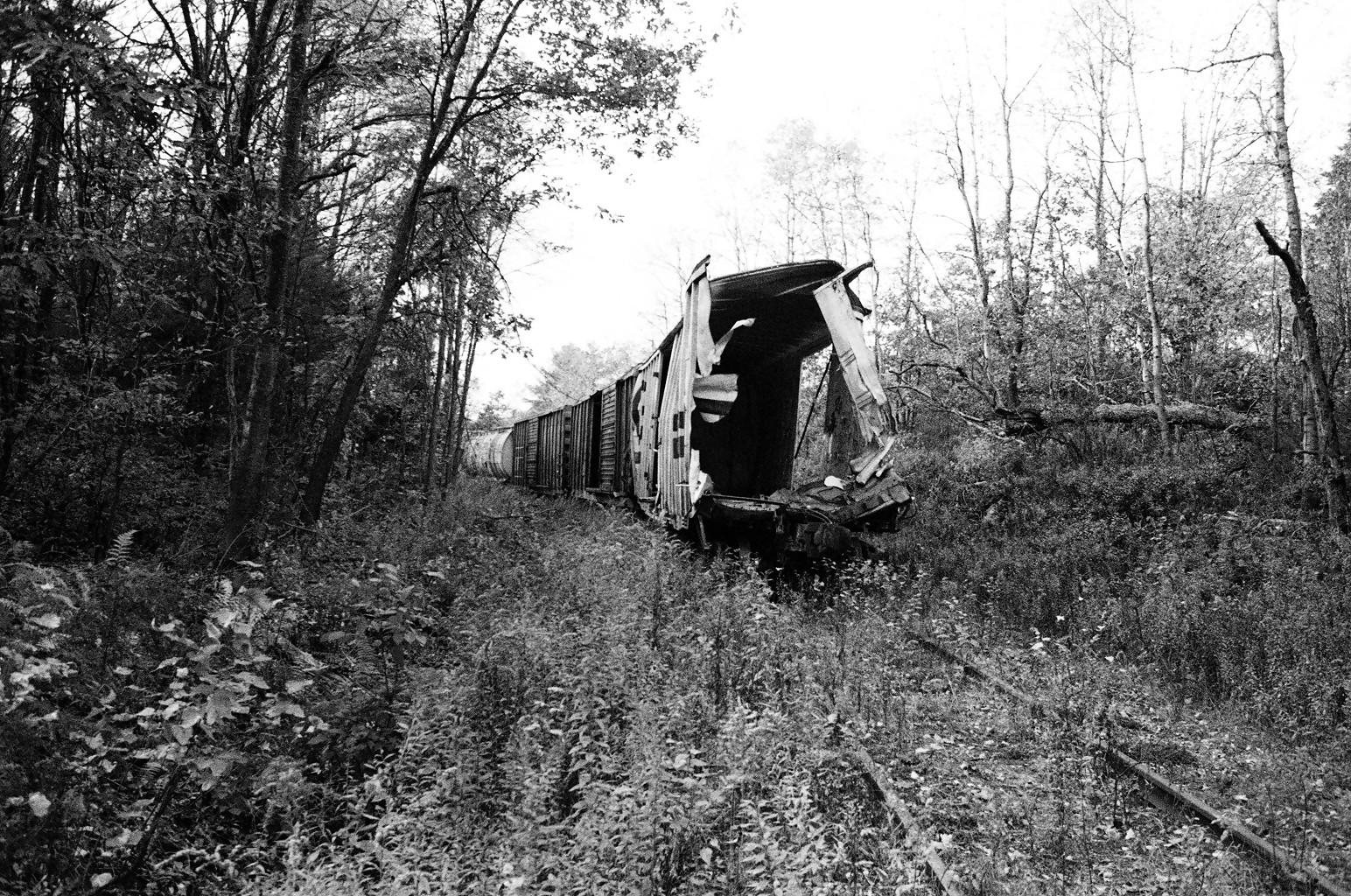 For what it's worth, Guilford didn't buy the B&M until 1983, and they didn't acquire the ex-Conrail GP40s (including #340 in your first photo) until 1985. Those units didn't get repainted into Guilford colors until a year or two later, and they didn't receive ditch lights until the late 1990s... so that shot of 340 is probably from the late '90s.
MEC407
Moderator:
Pan Am Railways — Boston & Maine/Maine Central — Delaware & Hudson
Central Maine & Quebec/Montreal, Maine & Atlantic/Bangor & Aroostook
Providence & Worcester — New England — GE Locomotives

by GTIKING
Thu Feb 24, 2022 2:30 pm
You photographed the August 8, 1998 wreck In Exeter, N.H
I was there at Salem street when PO-DH wrecked. The engineer was proud as how many had stacked up. I remember the Cuillford sedan flying down the ROW well to the engines.
I'll have to post some of my photos. 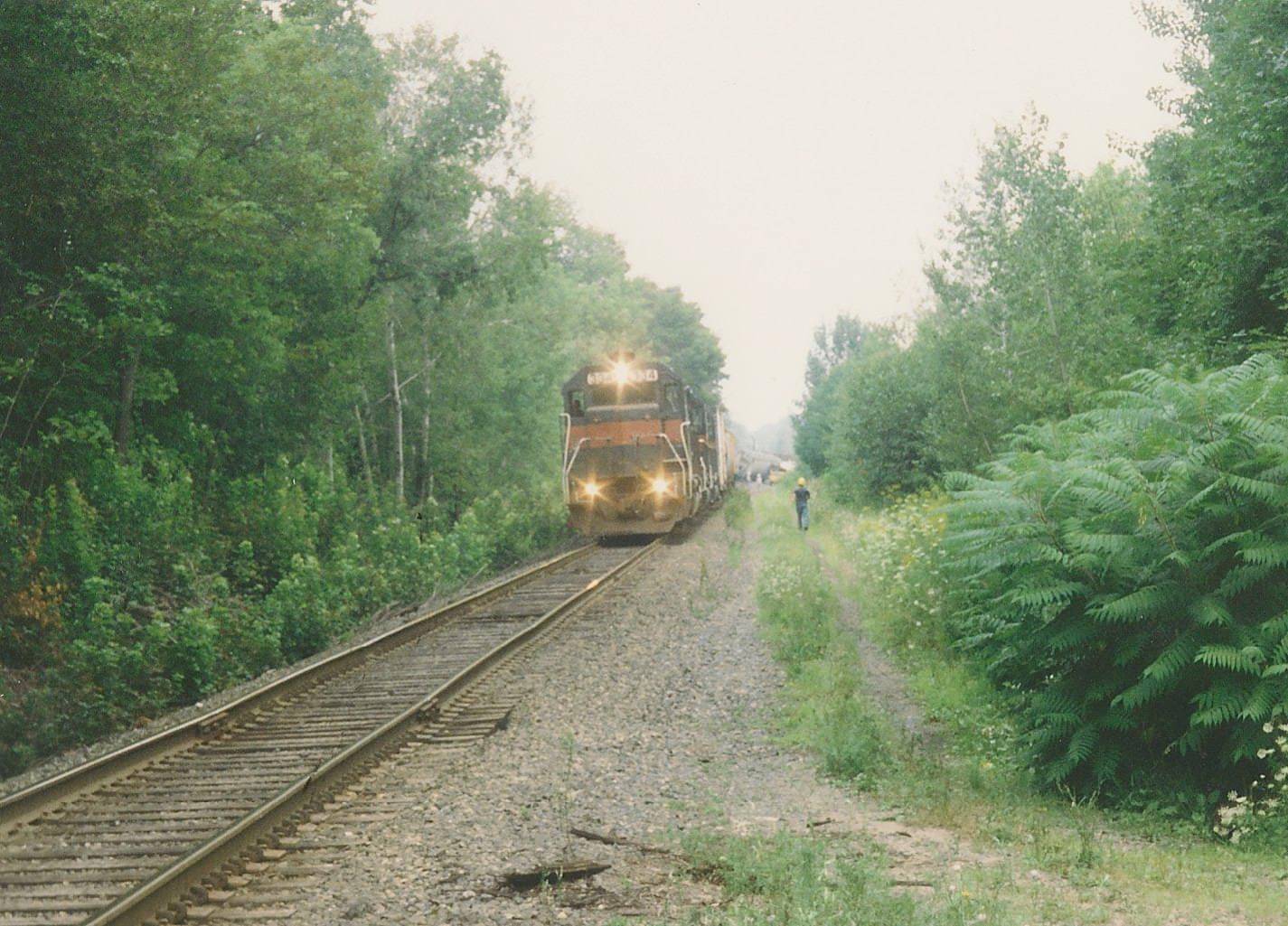 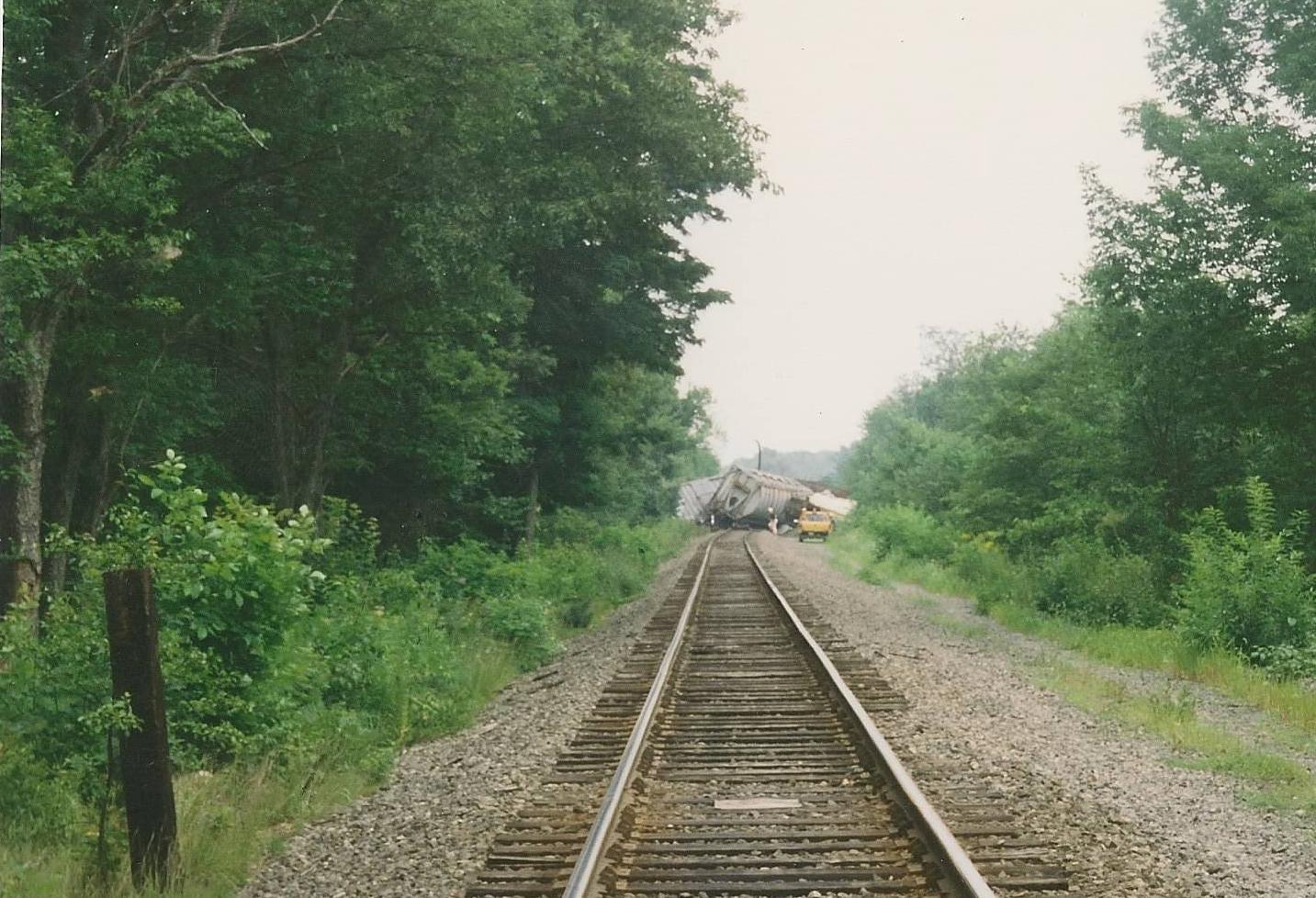 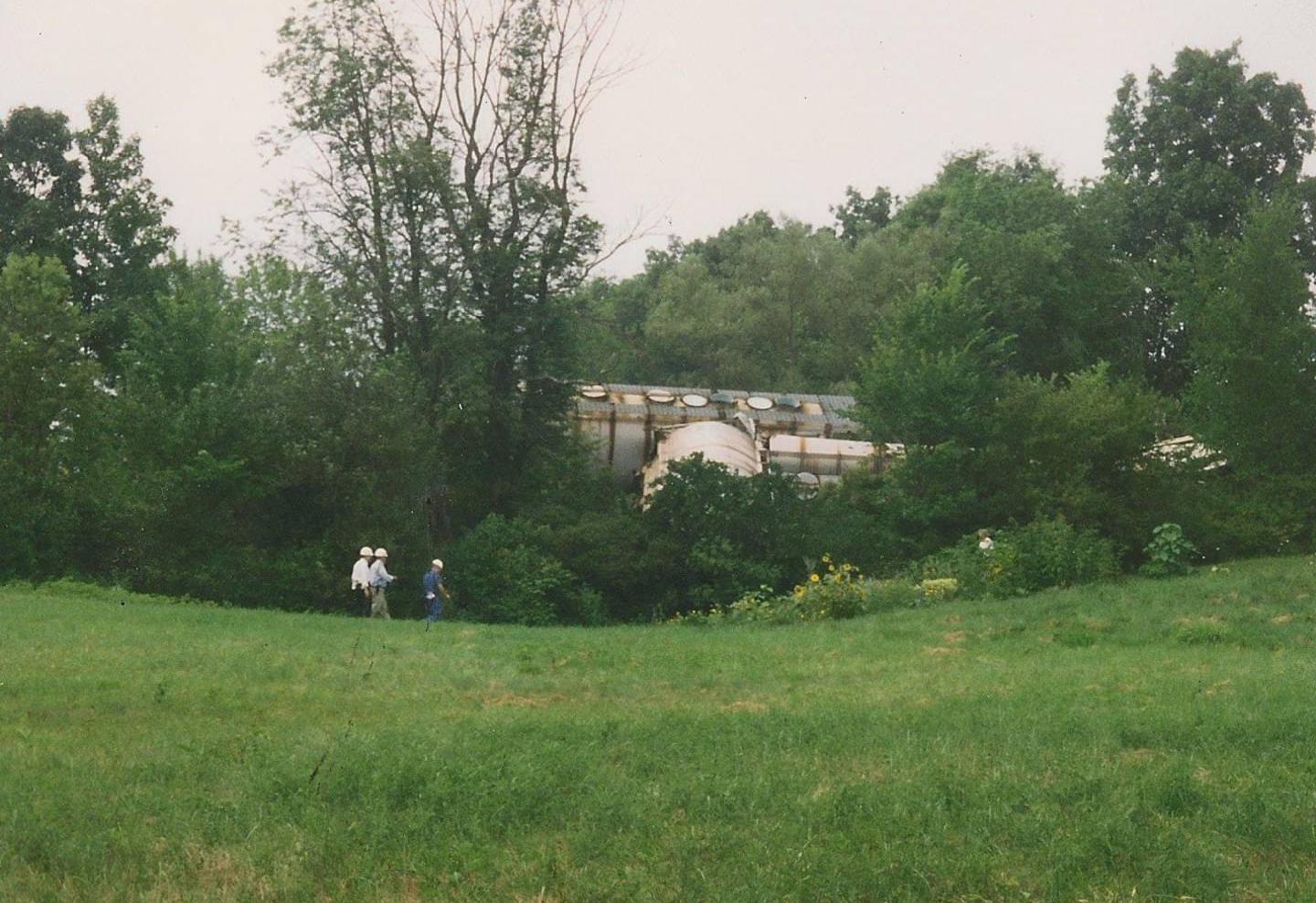 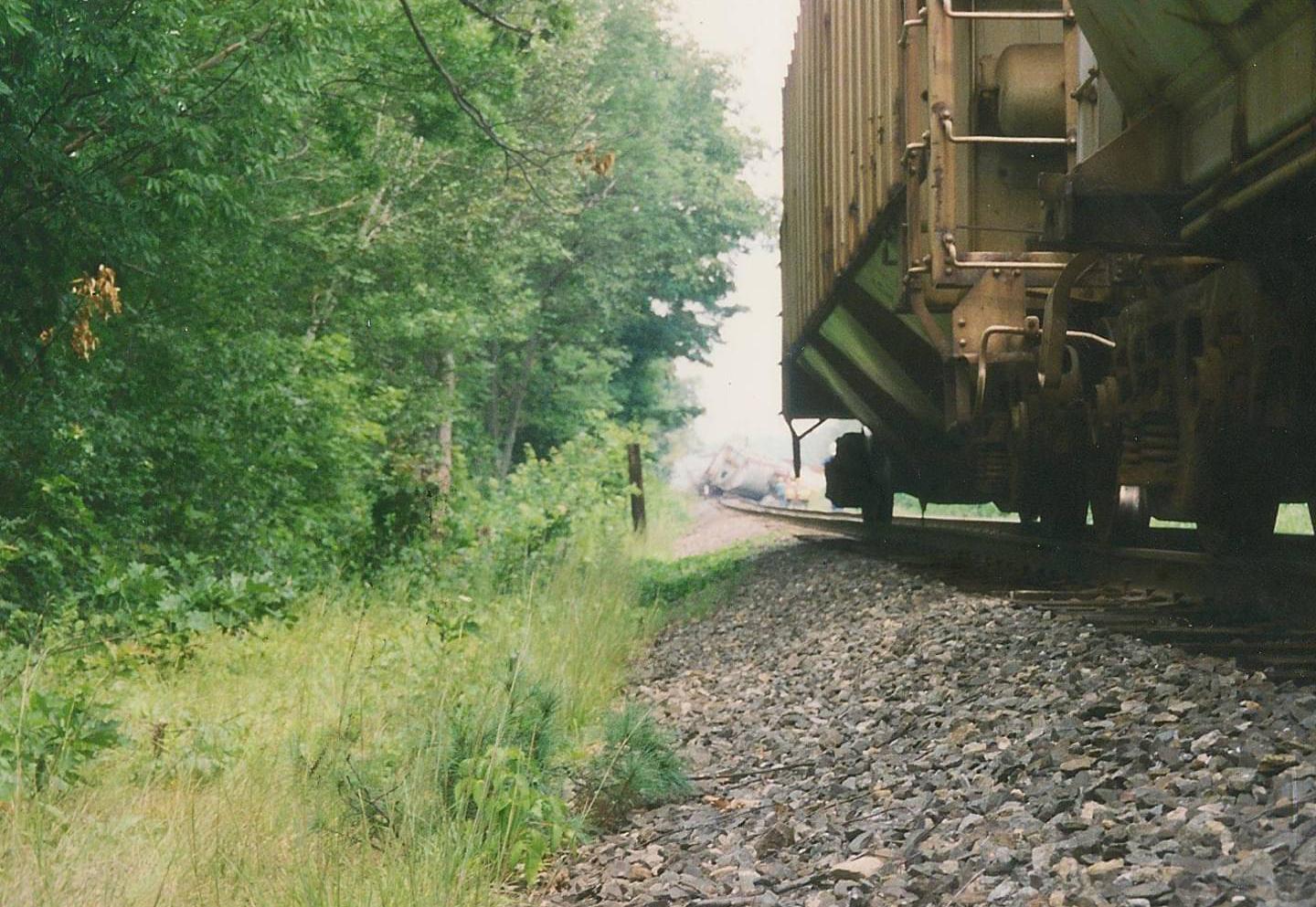 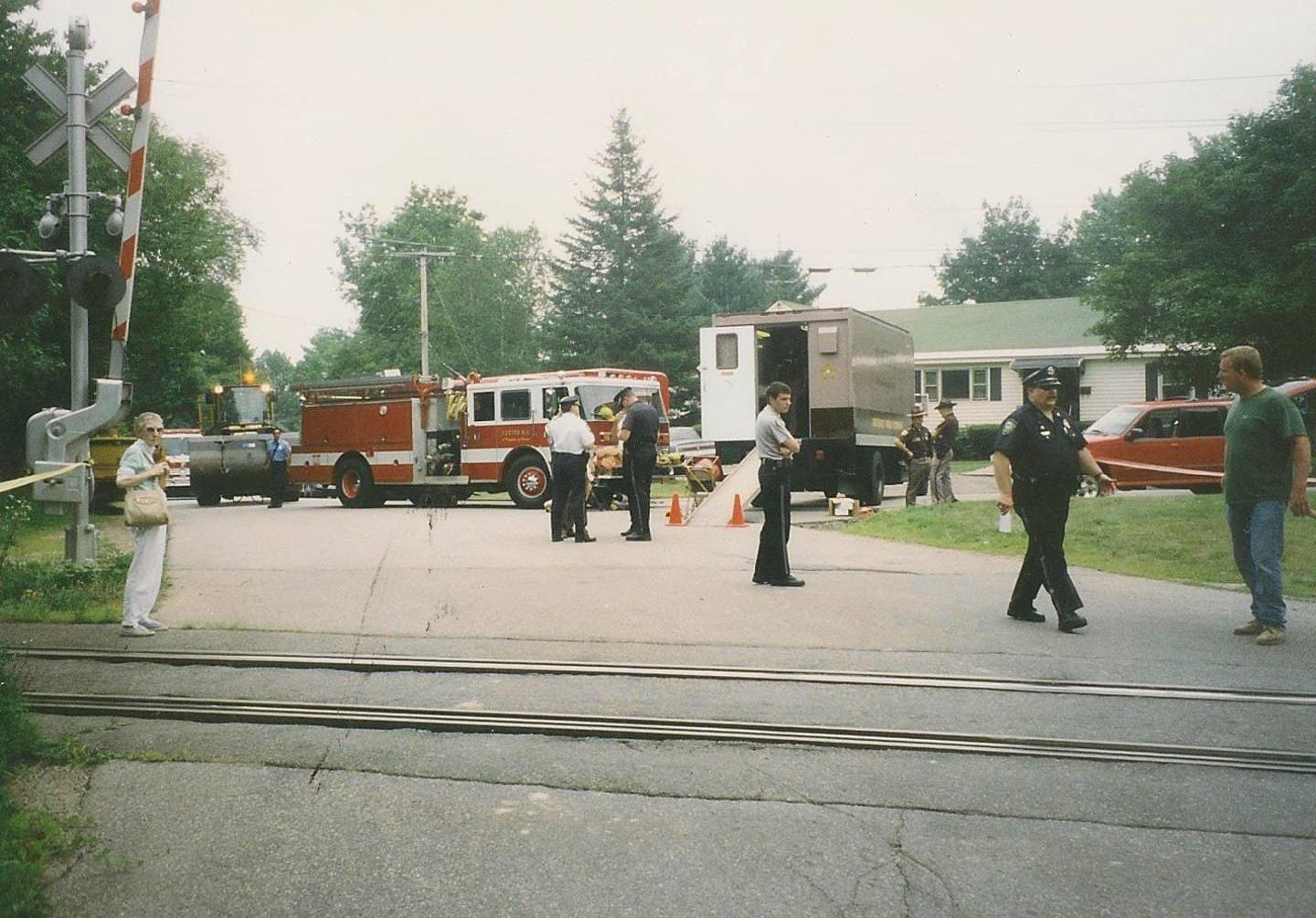 by arthur d.
Sun Mar 06, 2022 8:31 am
When the western division was single tracked, they kept the eastbound main, but at Exeter they crossed over and used the west bound track through town, I would guess to give the businesses along Lincoln and Garfield streets some breathing room. The wreck occurred at old MP 51, where the west bound track crossed back over to the eastbound. I always had a funny feeling about that transition point.

by GTIKING
Sun Mar 06, 2022 12:19 pm
Correct. In 1971 during the 4R project the B&M put in a shoefly around the depot in an attempt to protect the depot against wrecks. Yes PO-DH did wreck on the ROW transition. It was a due deteriorated track conditions and train forces.

by GTIKING
Mon Mar 07, 2022 9:32 am
Most likely. I'm thinking of the projects B&M did early 70s. 71 they needed heavier rail out on the Fitchburg. Western route became the donor.