690 wrote:Sure, it's a good partnership, and it's worked out so far, but I'd hesitate to call it the most significant customer they have, by a long shot. Paper mills are still more important (and generate much more revenue), and they've got a few other things in the pipeline that could shake out to be good revenue generators as well. The water, despite the effort made to move it quickly, doesn't generate a lot of revenue.

Let's just say that "potentially" is the key word. I completely acknowledge and agree that at current traffic levels it isn't on the same level with paper and propane. There is a view from certain places that PS could become the largest customer ...

I would agree that the pipeline on paper looks very promising indeed. Notable that ND Paper confirmed in the BDN last week that they are planning for a recycled facility in Rumford. Fascinating to think how the boxcars could be loaded outbound and inbound at the mill.

Old Town is still a "work in progress". The word on that operation (mentioned in the article) is that the "round the clock effort to repair it" is doing the job right. I would not be surprised at all to see startup soon. Old Town has been previously mentioned as a high priority candidate for a recycled facility as well.

What is in the works that would result in this growth potential? The new bottling plant? Granted deals aren't made overnight, Pan Am has been hauling PS water for quite a while now, you would think that if PS was ready to look at moving the product via rail elsewhere or in higher volumes, it would have happened already.

Back to the thread topic, what if anything is being done at the Yard 8 IMT by rail now?

by markyk
Wed May 29, 2019 8:46 am
I Didn't say that Water will not move by rail again, however Nestle's short term strategy is to not use 3rd party storage locations to keep extra product in proximity.......It may be cheaper to help pay for extra storage capacity on the customer side........

Any water headed by rail to North Jersey was going to 3rd party warehouses......

Poland Spring is a brand that continues to grow.....IMHO there will be a need for rail in the near future 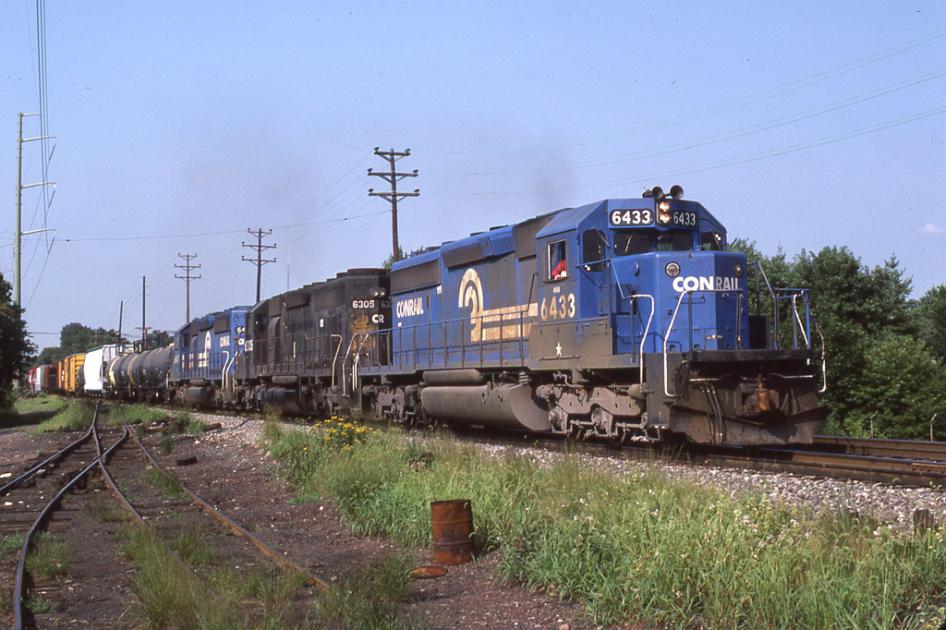 newpylong wrote:What is in the works that would result in this growth potential? The new bottling plant? Granted deals aren't made overnight, Pan Am has been hauling PS water for quite a while now, you would think that if PS was ready to look at moving the product via rail elsewhere or in higher volumes, it would have happened already.

The new Naugatuck intermodal facility which is being targeted at the 800 trucks per day that Poland Spring sends to New York. There are other possibilities with intermodal in Maine that would minimize the dray to virtually nothing.
gokeefe

Customers will have to make sure that there is plenty on hand in their warehouses as we head into the hotter months this summer.......

From reports in January:


NAUGATUCK — This year could prove an important one for Mayor N. Warren “Pete” Hess’ vision of an inland port in the borough.

The Department of Transportation said last month it will take steps to see if an intermodal, inland port on the former Uniroyal site could someday become reality. An economic feasibility study should be underway in the next few weeks, said Judd Everhart, DOT spokesman, in a statement.

The DOT would work with the borough, Pan Am Railways, the Department of Community and Economic Development and the Connecticut Port Authority on the project, Everhart said.

Also this year, Hess expects to close a deal with Lanxess, a German chemical company and the successor of Chemtura Corp., for the 86-acre former Uniroyal site that lies along Route 8, just south of downtown.

Hess envisions a rail-to-truck terminal where goods can pass through customs and be loaded to and from trucks and trains. They might head into New York City, or to New England and Canada.

In July, the state Department of Economic and Community Development gave the borough $200,000 for the planning and development of the port. David J. Sakora, head of polymer additives technology at Lanxess, said in July that the company would either donate or offer the land at a reduced rate to aid the borough’s development plans.

by gokeefe
Wed May 29, 2019 7:58 pm
Discussions regarding Portland later on in the above quoted article are even more telling ...


Hess met with Nass and other Maine officials last year to discuss the possibility of connecting the Port of Portland, a sea port, with an eventual port in Naugatuck.

“We really appreciate the mayor’s vision. We think the project they’re proposing is a win-win for Connecticut and for Maine and for the region as a whole,” Nass said. “To have an efficient system you really need to plan regionally and globally.”

Nass said the Port of Portland bears similarities to the project proposed by Hess. It’s a public port built with $60 million in bond money and federal grants on a former brownfield development site.

Hess said the Port of Naugatuck could be public, a public/private partnership or a private operation depending on how things develop. He said he has had discussions with an operating company interested in operating the port.

Go ahead and do the math on who the "company interested in operating the port" would be.
gokeefe

I'll give Nestle credit for looking into the future.....

Trucker availability appears to have stabilized for the time being, so getting to/from Maine does not appear to be a big issue this summer, unlike last summer......but we all know these factors are cyclical, and truck capacity will once again become critical, just a matter of when...

newpylong wrote:I'm not going to say pie in the sky, but there are a lot of big ifs with this one, and it's certainly a ways out.

My interpretation of feasibility studies conducted on freight projects like this one is preparation for application by the State DOT to a major federal grant. I think they have a very good chance, worst case the state helps fund/finance through loan guarantees. Worth noting that Nestle North America is based in Connecticut.
gokeefe

by bostontrainguy
Sat Mar 14, 2020 9:44 am
Just saw a report on FOX that there is a shortage of Poland Springs water at food stores due to the lack of available truck drivers.

by gokeefe
Sat Mar 14, 2020 10:39 pm
They have been working around this issue for quite some time. The latest surge shows just how tight they run. My impression is that in general they are trying to reduce dependence on trucks.

Even Walmart is having a hard time keeping up. Same goes for their Sam's Club subsidiary. If they can't maintain inventory everyone else is out of the question.
gokeefe

bostontrainguy wrote: ↑Sat Mar 14, 2020 9:44 am Just saw a report on FOX that there is a shortage of Poland Springs water at food stores due to the lack of available truck drivers.