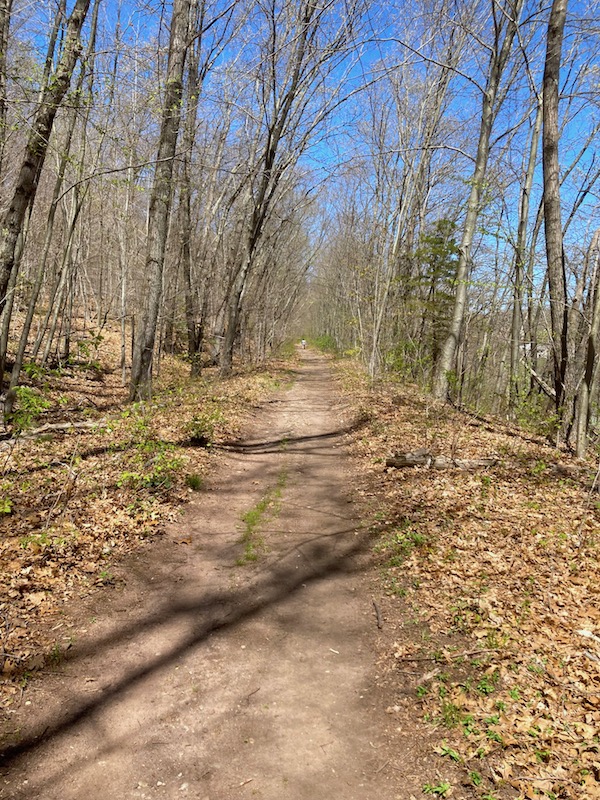 There are still rr ties in the roadbed! 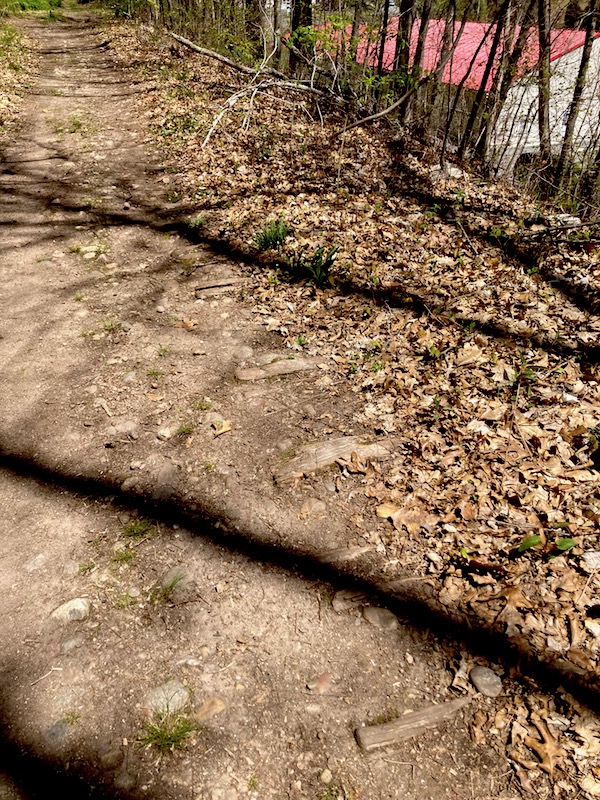 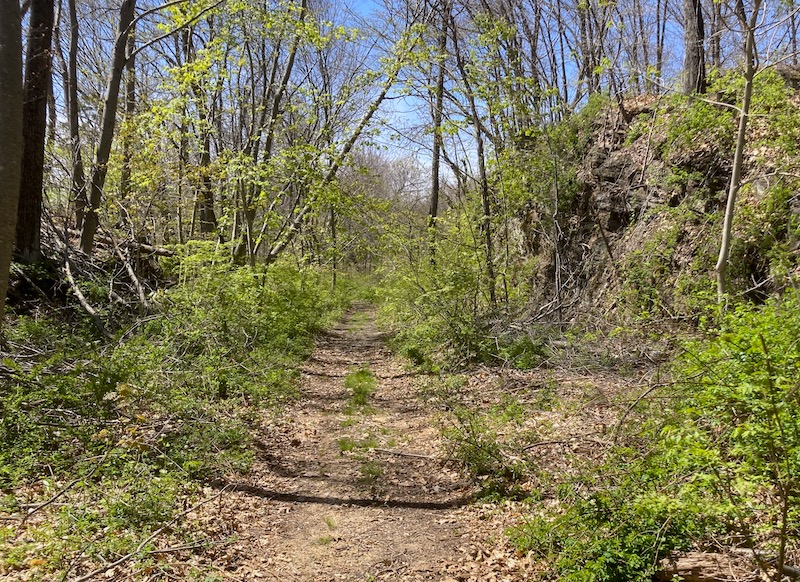 but not unusual. there's still ties, rails, and spikes in railbeds within the pemi-wilderness from the JE Henry logging railroads. 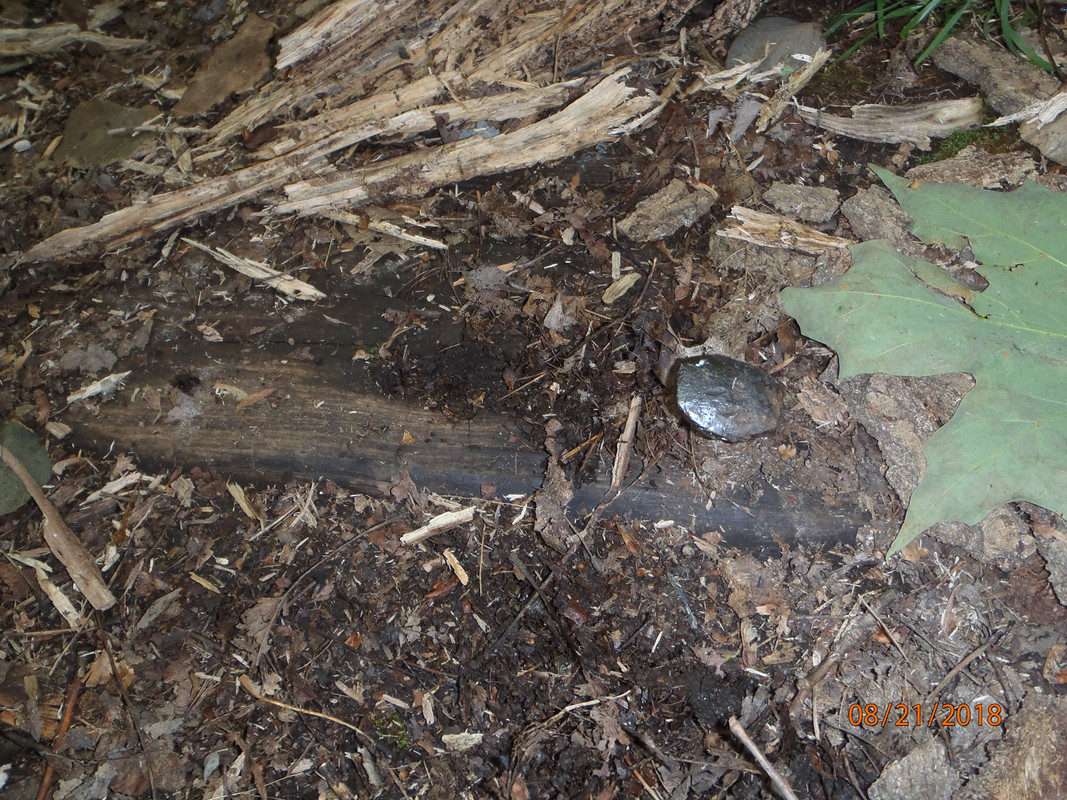 Here’s a map and an explanation: https://www.abandonedrails.com/air-line

by BandA
Fri May 06, 2022 4:49 pm
I've gotta say I find it confusing myself, what the exact route of the NY&NE trains was from NY city to Boston. Specifically, what was the route of the "famous ghost train". I keep reading about how they failed because they bypassed all major population centers, but the referred website says it was when they lost access through New Haven.

EDIT - Apparently there were multiple periods of bankruptcy

"...And then I thought, every time some company creates a more powerful locomotive does Superman become more powerful as well or is he stuck at 1938 locomotive power levels?" - A friend of mine elsewhere
Anything I post here is mine alone and does not represent the views of my employer.

by BandA
Sun May 08, 2022 1:28 pm
Eyup, Portland ME is more way more prominent than Portland CT. Ditto Manchester NH vs Manchester CT. When folks talk about Portland OR without any context it is so annoying - Amtrak serves both. Portland CT - air line rail trail. Portland ME - railroad with airline name, for now.

There are still rr ties in the roadbed!

Rich, which section is this? It doesn't look like the section the town opened a few years ago, from Depot Hill Rd in Cobalt east to the YMCA camp.

I recently checked out the 400' or so "missing link" between Cobalt and East Hampton... it's still very much impassable. A river runs through it and will require an elevated boardwalk and some brush-hogging to get to the start of the good trail at the CT 66 overpass.

The Air Line is quite possibly my most favorite rail trail. I've ridden it from the Portland section and from East Hampton all the way to Pomfret. Being from the area, I immediately saw "Portland" and "Air Line" and knew the line, but yes, some may think Portland ME.

Here's the link to the state's page on the Air Line....
https://portal.ct.gov/DEEP/State-Parks/ ... Park-Trail

The "Ghost Train/White Train" was a New York to Boston express train. From what I've heard, it was one of the only thru trains that did not stop in New Haven (they stopped in Middletown, though!). The Air Line east of Portland was abandoned in the mid/late 1960s... there wasn't enough industry along the route to justify its keeping, and the thru route was lost during the floods in the 50s (bridges in Putnam were not rebuilt).

When Amtrak was determining which route to use for its high speed electric service east of New Haven, there were 3 routes evaluated: the Shore Line, the Inland Route (via the Hartford Line and the B&A) and the Air Line. While it was determined the Air Line would've been the most direct and fastest route, it would've missed the major population centers and would have required not just rebuilding the entire corridor almost from scratch, but also double-tracking it. Some bridges were prepped for future double-tracking, but it would have required A LOT of work...... Not to mention the NIMBY factor!

by BandA
Mon May 09, 2022 9:42 pm
It would probably be ideal for real high-speed rail as you cannot use the existing Shore Line route, and probably cannot use the inland route, so a route that has less people is actually an advantage. TGV speeds will require a built from scratch route. The thing about rail trails is it doesn't have to be perfectly flat or not curvy, so you can move them to alternative alignments.

BandA wrote: ↑Mon May 09, 2022 9:42 pm It would probably be ideal for real high-speed rail as you cannot use the existing Shore Line route, and probably cannot use the inland route, so a route that has less people is actually an advantage. TGV speeds will require a built from scratch route. The thing about rail trails is it doesn't have to be perfectly flat or not curvy, so you can move them to alternative alignments.

Back in the late 1980s/early 90s when the report I referenced came out, its likely the Air Line State Park Trail was not what it is today.... I think its been designated a "bridle trail" at some point in the 80s. Now its a recreational corridor that people would probably scream if it went away. High Speed Rail talks these days now reference building a whole new corridor, vs rehabbing existing or abandoned ones. I still think its funny when they say build along I-84 east of Hartford towards Boston... that's pretty hilly terrain out there. There's a reason why the railroads were built the way they were in the 1800s, following the contour of the land. It wasn't necessarily the most direct, but it was the most suitable.

RE: Rich,
I see the section now... cool! Eventually they want to make that section into a trail like it is to the east, connecting to where the Portland station is alongside Rt 66/17. There's a construction co./quarry they have to get around somewhere around where Rt 17 comes in from the north.