by DutchRailnut
Thu Oct 17, 2019 7:00 pm
RDC 41 and the Roger Williams set and MARC 1 are owned by Jim Gagliardi's RDC foundation.
They are not owned by Hobo railroad. Jim has them at Hobo to get work performed including truck rebuilds.
If Conductors are in charge, why are they promoted to be Engineer???


During the council meeting, Councilor Bob Hamel endorsed exploring further what it would take to pull up the tracks to make way for an extended trail. Councilors Mark Haynes and David Bownes were also supportive. On Tuesday, Councilor Henry Lipman said “the opportunity is worth pursuing.”

“I would like to see us let Allan (Beetle) go out and see what kind of support he can get from other communities,” Hamel said. “A lot of good things have been happening in Laconia lately and this could be one more of these attractions that will bring people to the Lakes Region.”

“If this council felt strongly enough, knowing the obstacles here, I would go down the line, as I did for this study with Belmont, Tilton, Franklin, with businesses, civic groups and gain a certain amount of support before we consider — we’d have to have all those communities in — before we would consider a legislative effort,” Beetle said.

Click here to read the rest of the article.

I told you, these people will not stop. The study portion of their plan is done, now the city and the trail members are going to move their plan onto the next phase and look into what it will take to get the tracks pulled up, they are well aware the of the state law currently in place to protect it and they know the state will have to seek approval from the Surface Transportation Board.
It takes real skill to choke on air, fall up the stairs and trip over nothing. I have those skills.

Just a similar circumstance in aviation - the mayor of Chicago illegally ordered the destruction of an active airport that was bulldozed under the cover of darkness (the big X’s gouged through the runway) - even stranding aircraft at the airport - completely in violation of Federal Law - no penalties - no repercussions... The politicians always get their way... 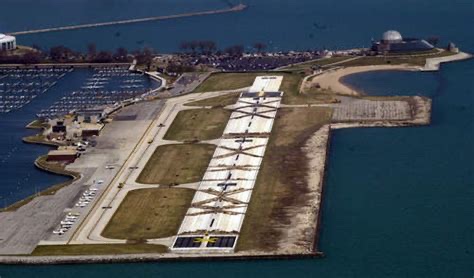 Technically, it's the people who PAY the politicians getting their way.

Hux wrote: ↑Thu Oct 17, 2019 3:55 pmWhat is laughable is the idea of the trail being an economic" engine." The same people who would use the trail are already spending money in the area. Unless they plan to put food trucks on their lawns and charge a toll for using the trail, the economic gains are nil.

You'd be surprised. Long-distance rail trails like the Northern pull in a lot of tourist traffic, and I don't blame Laconia for wanting to get in on the action. That said, taking out an active railroad line for a rail trail is shortsighted and stupid, and I hope the state slaps them down hard and makes them spend the money to build it alongside the line instead.

by b&m 1566
Wed Oct 23, 2019 4:29 pm
They want the cheapest and quickest option, not something that's going to require a lot of money and years to raise, so instead of taking the time to raise the funds needed, they are going to spend their time and resources figuring out how to beat out the railroad. And let's not kid ourselves, they don't need to figure out what to do next, they already know, they know it will take legislative action to changed the law, so that's what they are working on, they are working on growing their network, support and backers for that fight. The mud slinging is about ramp up with them.
It takes real skill to choke on air, fall up the stairs and trip over nothing. I have those skills.

by BowdoinStation
Thu Oct 24, 2019 10:00 am
There are many brick walls that the WOW people will encounter on their activist ways to construct the trail in place of the tracks. I would say with a high degree of probability that the owner associations of the private gated communities along the west side of Paugus Bay will probably do everything in their legal power to prevent the tracks from being torn up, if it gets to that point.

Hux wrote: ↑Thu Oct 17, 2019 3:55 pmWhat is laughable is the idea of the trail being an economic" engine." The same people who would use the trail are already spending money in the area. Unless they plan to put food trucks on their lawns and charge a toll for using the trail, the economic gains are nil.

You'd be surprised. Long-distance rail trails like the Northern pull in a lot of tourist traffic, and I don't blame Laconia for wanting to get in on the action. That said, taking out an active railroad line for a rail trail is shortsighted and stupid, and I hope the state slaps them down hard and makes them spend the money to build it alongside the line instead.

by b&m 1566
Tue Oct 29, 2019 4:10 pm
Maybe the rail-trail will generate the new economic benefits they claim it will but they aren't telling you the whole truth either. The negative loss that will be created when and if the railroad is removed, will be far greater a loss than any positive impact the rail-trail will generate. The trail supporters are hiding behind the railroad staying in business north of Weirs for now but that's far from the truth, phase 4 will remove all the tracks up to Meredith, because if I recall correctly, the ROW north of Weirs, has similar hurdles that the ROW south of Weirs has.
It takes real skill to choke on air, fall up the stairs and trip over nothing. I have those skills.

by Hux
Wed Oct 30, 2019 9:25 pm
The state has put a lot of effort into rail banking. I doubt that they'll be interested in having to rail bank a chunk of perfectly viable rail to mollify a few property owners.

by BowdoinStation
Mon Nov 04, 2019 8:41 am
The Original intent of the WOW Trail was the creation of Rail with Trail". Now the WOW Trail people have gone rogue armed with a taxpayer funded study that basically tells them (what they want to hear) that removing the tracks, today from Lakeport to Weirs Beach, and tomorrow the entire corridor is the answer to all their economic problems, the golden goose, the panacea, the promised land, the shining star.. Take the rails up and say hello to the sunshine.. Every car will be heading off of Exit 20 with a bike rack, in fact Route 3 will have to be widened to 6 lanes, (4 road & 2 bike) and the property around local businesses around the bike path will be taken by eminent domain, just because there is no enough parking to support all those people who are coming just to ride from Lakeport to Weirs Beach on their bicycles. .. Sounds too good to be true, doesn't it..

I say it's wrong, the study is based "Fuzzy Math", pure speculation, and terribly misguided information. You can ready the study on the WOW Trail's website, there's the 17 page summary with a link to the long form paper. Just squint really really hard to look for the link to it on their home page.. Taking up the tracks will put the railroad operations on the stranded side, eventually out of business. Obviously there's no provisions for things like it would cost a bloody fortune to move a single piece of railroad equipment from the stranded side to where access is to the national rail network.. Plus there is also ZERO mention that the section of track from Lakeport to Weirs Beach is a HUGE part of the Winnipesaukee Scenic's "Local Trains" that run 2,3, even 4x a day between Meredith to the Lakeport Runaround in season. People travel from all over to ride the railroad, especially in the Fall. I could go on, and on, but I am saving my efforts for where it counts..

I have nothing against rail to trails where there is absolutely zero chance of a line seeing any traffic like on the Goffstown Rail Trail, but here, they are talking pick one or the other, on a line that is 100% active from Concord to Lincoln. The discussion needs to go back to "Rail with Trail" as there is no reason both entities can co-exist.

by CRail
Tue Nov 05, 2019 3:25 am
I wouldn’t put much thought into this. Look at the clowns on the cape trying to take the Falmouth Secondary even after the line’s owner, MassDOT, said there’s not a chance they’ll give it up. The Clarks aren’t exactly powerless in the state, their economic impact is arguably substantial. Their silence in the media does not for a second make me believe they’re dormant in this matter. I suspect the reason the WOW people are so active in the media is because they’ve been shot down and are desperate to drum up support wherever they can find it. If we’ve learned only one thing in world of New England railroading within the last decade it’s that interstate commerce wins in the court of the STB. I think this becoming a trail has less chance than the Adirondack Scenic to Lake Placid and they won a landslide victory against their state. If it wins every uphill battle on the way to the STB it will die with the STB.

by BowdoinStation
Thu Nov 07, 2019 8:36 am
In the case of the local media in Laconia, there's a small daily tabloid called the "Laconia Daily Sun". The three common points are The Laconia Daily Sun, the outgoing Mayor of Laconia, and a member of the WOW Trail Board of Directors.. What do all these have in common ? This is all one person. Ed Engler. So any articles written about the WOW Trail are nothing but positive, while anything written about the railroad, has been distorted, and anything but accurate.. I would think this is being taken seriously by all the railroads involved that operate on the White Mountain Branch from Concord to Lincoln.

by b&m 1566
Thu Nov 07, 2019 1:45 pm
As an outsider observing this unfold, I do believe the Clark Family is taking this issue very, very seriously, so while the city and the WOW Trail may not have a leg to stand on right now, the Clark's aren't waiting around to see if they get one either. As for the New England Southern goes, they seem to be more quiet on this issue, though multiple quotes have appeared showing that they are not supporting the WOW Trail's desire to pull up the rails. None the less, they are just as important in this issue because they hold the crucial component of common carrier status with rights to Lincoln, NH.
CRail you are correct, the Clark Family does have a lot of political clout and that has been way over looked by the city and the trail supporters.
It takes real skill to choke on air, fall up the stairs and trip over nothing. I have those skills.