Username
N.Y. State Of Mind
by Irish Chieftain
Mon Aug 09, 2004 6:52 pm
Only if they were going to merge with the MTA. That would not be so bad of an idea either, to connect the PATH lines with the IRT lines in Manhattan (IRT cars can use PATH no problem); just have to completely isolate the PATH system from the FRA network.

Username
N.Y. State Of Mind
by Irish Chieftain
Mon Aug 09, 2004 7:18 pm
Yes, I know quite a bit about NJ-ARP's plan to connect the 6 train to PATH. Problem is, getting Pataki and Bloomberg to listen; that would free up the bathtub for other rail uses, should new tunnels be built under the Hudson and East Rivers...

Username
Irish Chieftain
by JLo
Tue Aug 10, 2004 8:27 am
If NY is going to actually build a downtown station, it really is a no brainer to link the PATH to Lex and open up the WTC for a Union-type station. Instead of one new Hudson Tunnel, we could then build two--one to connect NJT to the WTC and the other for Midtown.

I would love to be a politician spending everyone else's hard-earned money.
"One tequila, two tequila, three tequila, floor." George Carlin

Username
JLo
Posts
1662
Joined
Thu Mar 11, 2004 7:36 pm
Location
Rather Be Anywhere But Here
by Irish Chieftain
Tue Aug 10, 2004 11:46 am
I hear you on the politician thing. But if they are still pushing the idea to get the LIRR downtown, it'd only be to Downtown's benefit to have the Hoboken Division go there as well.

Username
Irish Chieftain
by CComMack
Thu Aug 12, 2004 2:41 am
I assume the original post was related to the extension of the Exchange Place platforms to 10 carlengths. I think PATH can probably fill as many rush hour cars as it can run, and extending Newark-WTC trains to 10 cars (from 8) would be a (relatively) cheap way of expanding capacity without running headways closer than the signal system can allow. Granted, this doesn't do much to help commuters going to Midtown or Hoboken, but one makes improvements where one can.

Which PATH stations in the system are capable of running more than 7 cars? (Forgive me, it's been a while since I rode PATH). The ones I can think of are:

Newark Penn Station (many many cars)
Harrison? (actually, I'm not sure about this one, but it's cheap to extend the platforms)
Journal Square (many cars)
Exchange Place (10 cars)
World Trade Center (I dunno; at least 8 cars)

by west point
Thu Jul 15, 2021 12:51 pm
Unless things have change aren't PATH cars shorter than any NY city subway cars. Running PATH and the subway together would cause a turf war tween FRA and Federal transit authority. (FTA). Do PATH cars have MTA trip arms? Do I remember correctly that IRT trip arms on different sides from IND and BMT?

by R36 Combine Coach
Thu Jul 15, 2021 6:58 pm
PATH cars are 51', same as IRT (A) Division. As for running PATH with NYCT, PANYNJ could simply pull out
of FRA, since no more Class I carriers share the line (and connection at Harrison has also been severed).
Since my friend continues to chain smoke nonstop, she is probably an Alco. 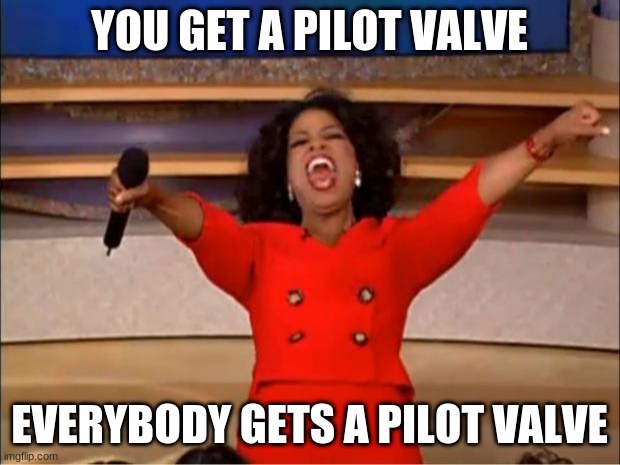 "I am no longer just a girl on the train, going back and forth without point or purpose."

west point wrote: ↑Thu Jul 15, 2021 12:51 pm Unless things have change aren't PATH cars shorter than any NY city subway cars. Running PATH and the subway together would cause a turf war tween FRA and Federal transit authority. (FTA). Do PATH cars have MTA trip arms? Do I remember correctly that IRT trip arms on different sides from IND and BMT?

Yes, the PATH system does have trip arms. They are at track level on the left side. This would be the same the cars on the B division of the NYC Subway. The trip arms on the A division (former IRT are on the right side of the tracks.

That would cause an issue if there was ever a cross operation between systems.

I did hear at one time (and don't hold me on this) that IRT cars might have a problem navigating the tight curve ratio between the Christopher St station and the tunnel under the Hudson. Something about how the trucks are positioned under the cars of PATH vs NYC Subway cars. Since I don't spend time comparing the position of wheel trucks on subway cars I can't comment further.

PA series cars are tapered outward, unlike all IRT (A) Division cars which are slab sided with a box appearance.
Since my friend continues to chain smoke nonstop, she is probably an Alco.

by Head-end View
Wed Aug 04, 2021 7:24 pm
Close enough. My point is that PATH's cars are a little shorter than the IRT cars, and therefore NYC's "A" Division cars might not fit thru all locations in the PATH tunnels.