by stuart_iowa
Mon Sep 26, 2011 7:02 am
The crossings are still intact, slated to be removed and paved over by end of October I heard.

No tracks other than crossings between Cobden Ontario and Renfrew Ontario. Tracks are pulled to just before the old Renfrew yard limits.

The road bed is going to be used as a construction truck route to move all equipment and scrap left to Renfrew to load on to rail cars, this way they can avoid any premits and weight restrictions.
I am glad you enjoyed the pictures
I am here back home in Canada

by labaienordique
Mon Oct 10, 2011 3:45 pm
Rail removal near Renfrew. Such a shame to see the line that helped connect the country removed.

Serpent River First Nation hosted a meeting Saturday of EACMR (East Algoma chiefs, mayors and reeves), CAPT (Coalition for Algoma Passenger Trains), TPR (Transport Pontiac Renfrew), Transport Action Canada and regional provincial and federal politicians. Rick Hamilton, mayor of Elliot Lake, chaired the meeting. A ribbon of rail consisting of the Ontario Northland Railway along with underused and orphaned rail belonging to CN and CP has been identified as infrastructure that interconnects the communities, First Nations, people and businesses of Northeastern Ontario to Ottawa and Toronto as a foundation of socio-economic opportunity.

Harry Gow, co-chair of TPR stated: "Canadian Pacific has started lifting the tracks between Pembroke and Smiths Falls, but there is still hope to save the line from Pembroke west, thus preserving Northeastern Ontario's link for freight and passengers to Ottawa, Montréal and the eastern seaboard." "The Mattawa-to-Pembroke rail link is critical to economic opportunity for Northern Ontario," says Hamilton. "Trains are efficient and cost effective all-season transportation for both goods and people that Ontario needs for our economy, quality of life and environmental responsibility" said Al Errington of CAPT. "In a time of economic uncertainty and change, what we need is our various jurisdictions working together, coming from a position of strength. Tearing out infrastructure at this time is not only a step backward, it's simply not prudent from a long-term planning perspective. Rail has been critical to northern economies for over a century and it will continue to be vital for years into the future. A Northern Growth Plan for this region of the province needs rail service to stay on track. In today's competitive global economy rail is essential infrastructure," says Chief Isadore Day of Serpent River First Nation.

The group of diverse interests and communities has committed to aggressively pursuing saving this critical rail link and promoting the expansion of rail passenger and freight opportunities for Northern Ontario through public education and political lobbying. Trains and effective transportation options are important to the economy, quality of life and the environment. The EACMR passed a resolution supporting saving the Mattawa to Pembroke rail link and will be contacting other municipalities throughout Northeastern encouraging their support. Chief Isadore Day has been appointed as the EACMR's delegate for this issue to upcoming municipal meetings on Ontario's Northern Growth Plan. The politicians in attendance committed to bringing the rail link situation to the attention of both the federal and provincial parliaments. A feasibility study on a functional Northeastern Ontario Passenger Rail network will be fast tracked by CAPT.

NORDIK Institute is a community-based research institute at Algoma University. NORDIK has conducted research on a variety of topics including the social economy, culture and the arts, and socio-economic impact analysis. NORDIK also works closely with Indigenous communities to respond to their research needs.
La CTON n'est PAS à vendre! ~ The ONTC is NOT for sale!
Une nouvelle province au Canada: le nord de l'Ontario.
A new province in Canada: Northern Ontario

The MP for Algoma Manitoulin Kapuskasing says it's critical to save the CP line between Mattawa to Pembroke. CP is supposed to remove the line and Carol Hughes says if that happens then Northeastern Ontario will lose its direct rail connection to the east. Hughes says it means rail traffic from the Ottawa Valley region will first have to go through the Toronto area before heading north. Hughes wants the federal government to work with the various groups in the north trying to save the Mattawa to Pembroke line.
La CTON n'est PAS à vendre! ~ The ONTC is NOT for sale!
Une nouvelle province au Canada: le nord de l'Ontario.
A new province in Canada: Northern Ontario

I would like to share with you a picture I take during my journey at Smiths Falls,ON for my first visit at this place.
This is the only train I seen on the OVR trackage before this track was removed... It's so sad.
A little piece of remember;

Thank you to all

Bissett ON and the former divisional point of Chalk River: 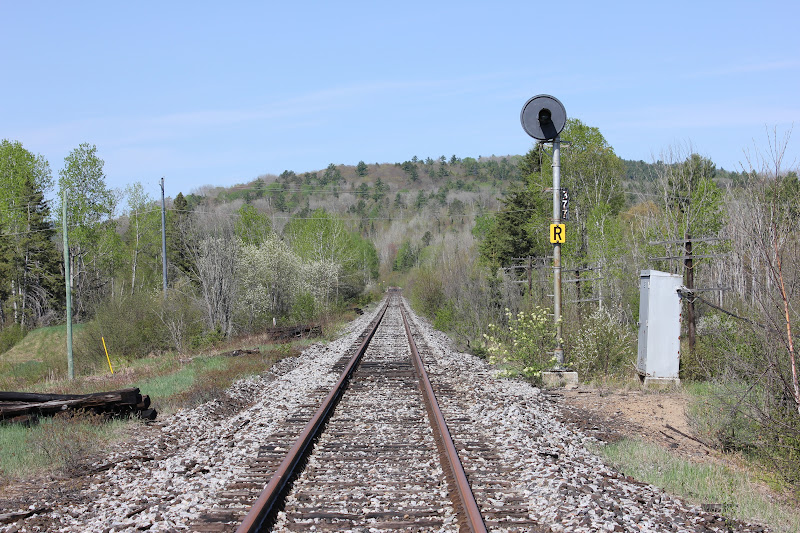 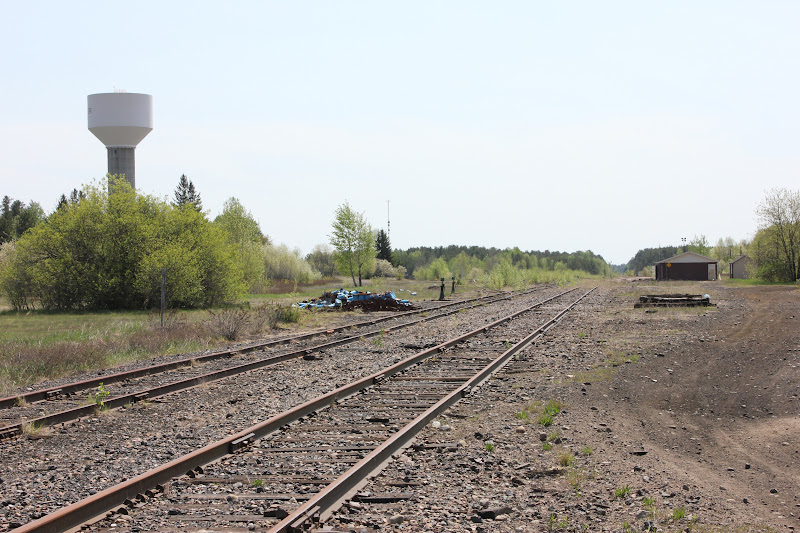 ......and what the above will probably look-like shortly (Cobden): 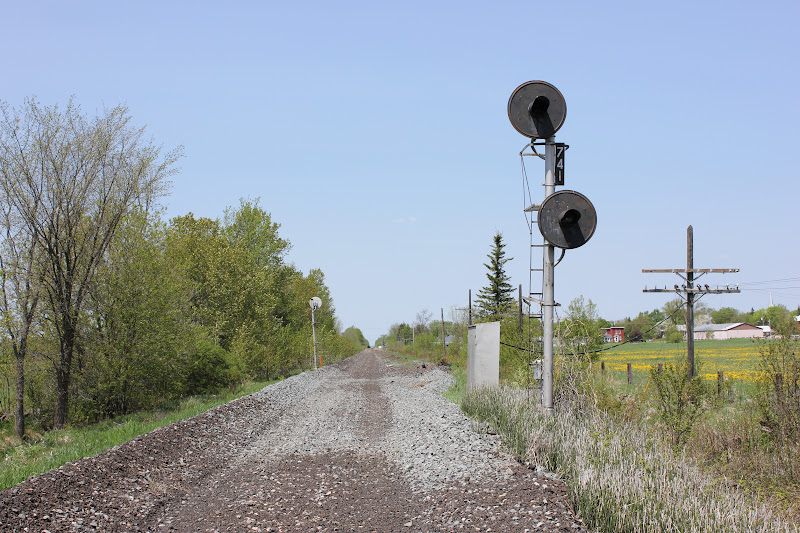