Virginia Railway Express began service on June 22, 1992, with four rush-hour weekday trains from Manassas, VA, to Washington, DC, in the morning, returning in late afternoon. A month later, on July 20, service began with the same pattern on the Fredericksburg line. Almost 30 years later, VRE is still a weekday-only operation, though with more rush-hour trains and a few off-peak trains.

Getting the rush-hour service started took a long time. Interest in bringing commuter rail back to Northern Virginia arose even before Metro began running in 1976. The last commuter service in the area had been operated by the Washington & Old Dominion (W&OD), which ran from Alexandria, VA, to the foot of the Blue Ridge Mountains. Its last passenger train had operated in 1951, by which time the railroad had been hanging by a thread; its struggling freight service lasted until 1968.

In 1964, the Northern Virginia Transportation Commission was established. The following year, it opposed abandonment of the W&OD. Reconstruction of I-395 (the Shirley Highway) in Virginia promised increased road congestion for commuters and prompted a search for alternatives, such as commuter rail to Franconia on the Richmond, Fredericksburg & Potomac (RF&P) and to Burke Centre on the Southern Railway, as well as on the W&OD.

Even after I-395 was reconstructed with the Shirley Busway (the present high-occupancy vehicle lanes) in the median, commuter rail service on the RF&P and the Southern continued to be proposed and studied, while the final plans for Metro included service next to the RF&P as far as Franconia and Springfield (served by one station) and paralleling (and sometimes on top of) the W&OD right-of-way [RoW], which became a trail.

Another regional government authority, the Potomac and Rappahannock Transportation Commission (PRTC), was created in 1986, and like the Northern Virginia commission it had authority to levy a gas tax to fund transportation projects. This offered a source of operating funds for commuter rail, which would also be funded by participating localities. Throughout these decades, capital funds to acquire trains, build stations, and increase or preserve railroad capacity continued to be lacking, as did a source of insurance.

However, the push for commuter rail was coming not just from local governments but also from the public, notably citizen advocates for better transportation.

“Before there was anything formal, there was an ad hoc group led by some local elected officials and civic boosters, calling for a Northern Virginia commuter rail service,” recalls Mike Testerman, president of the Virginia Association of Railway Patrons (VARP). VARP members in Northern Virginia such as John Czyzewski and George Billmeyer were among the advocates, joined later by Dick Peacock, who wrote letters to the editors of area newspapers advocating commuter rail service.

“VRE got off to a good start, equipment-wise,” says Testerman; it “decided on using new, custom-built, single-level commuter coaches from Mafersa” and “fully rebuilt” GP-39-2Cs. “The lesson learned later, as the new service became more successful, was that the rail infrastructure should have been upgraded, specific to the commuter train operations. The Quantico-Creek crossing should have been double-tracked from the start. Stations on the CSX line should have had platforms on both sides of the RoW, to eliminate what became [during the hours of VRE operation] two side-by-side single-track railroads. We have learned in Virginia, as well in other states, that commuter rail is even more consumptive of track and station capacity than are conventional passenger trains.”

Indeed, as early as 1977, Don Phillips, in Trains magazine, quoted an RF&P official as saying that commuter trains “ought to be on their own facilities.”

Almost 30 years later, Pete Sklannik, at that time head of Trinity Railway Express in Texas, after a stint as head of VRE, said that commuter trains ought to have their own tracks. Control is “key to running a railroad on time,” he told me. Lack of dispatching control dogged VRE for decades, and the system of funding by localities caused VRE Fredericksburg line trains to run empty for 6 miles during the first 23 years of VRE’s existence, because the maintenance facility for the Fredericksburg line was beyond VRE political territory—it is in Spotsylvania County, which didn’t join the PRTC until 2010 and got a station in 2015 (many VRE riders are from Spotsylvania—I was—but the railroad passes through the county only at its eastern corner, far from most of the county’s population).

Funds from the Virginia Department of Transportation, along with bonds issued by the transportation commissions, provided capital for purchasing trains and other startup costs, and self-insurance enabled operation on the host railroads, so by the late 1980s, VRE was heading toward carrying its first passengers a few years later, under the direction of Thomas Waldron.

I didn’t move to Virginia until 1991, so I missed all this, but I was living in Virginia when the VRE Fredericksburg line started running, and on the first day of service, I, along with three of my kids, rode VRE to Washington for the day to visit the National Zoo. For the next few years I rode VRE occasionally until the summer of 1996, when I began commuting to work in Northern Virginia.

Steve Dunham commuted on VRE from 1996 to 2017. He has been on the board of directors of the Virginia Association of Railway Patrons (a volunteer nonprofit group) since 1998 and chairman of the board since 2000. 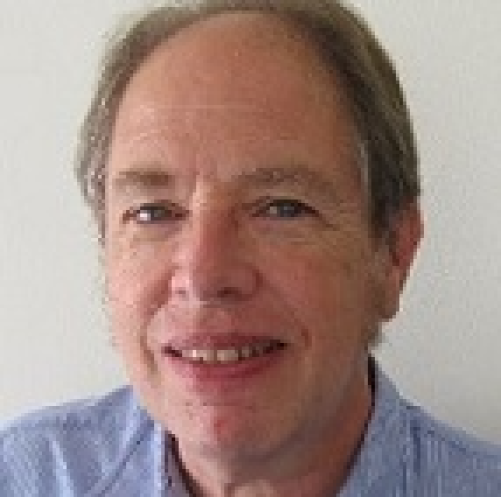