by bigfreight
Thu Aug 20, 2020 10:44 pm
Here are some more pictures of the finished crossing on Page Hill Rd in Lancaster NH 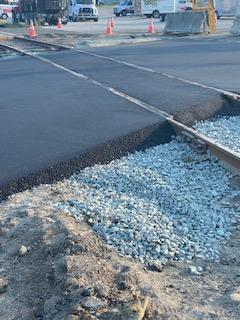 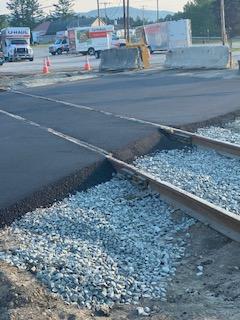 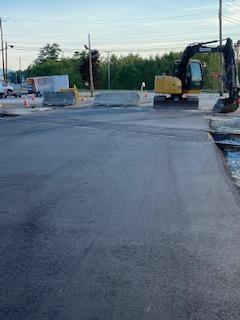 
Angel Larcom wrote:
Bureau of Trails Chief Chris Gamache said his goal was to evaluate bids, select a contractor and establish a contract before the Sept. 23 meeting between Governor Sununu and his council. He pointed out that the project deadline had been set for mid-Dec to complete the work before the onset of the snowmobile season.

by BandA
Fri Sep 11, 2020 6:26 pm
The article talks about something that has already been approved, where there has been STB abandonment filed. Is there a group opposing the abandonment?

by NHV 669
Mon Sep 14, 2020 3:22 pm
It would have been done last year, but there weren't available funds to cover the project cost, per our moderator Ian. I'll believe it when I see equipment on site, I work just past the end of track.

The only noted opposition last year, was from a couple on the other end of town, whining about some "right" they hold above others in the area to "walk the trail in peace and quiet from these nasty, loud pollution machines [ATVs]".

Nobody is riding these things at 10pm on the existing trail, and multiple uses have worked together without much issue.
Avatar: NHV 669 at the south end of the "Pompy" in White River Jct., VT on 4/29/1993. Photo by Richard Roberg.

by NHV 669
Thu Sep 17, 2020 3:51 pm
A small bit in today's Caledonian Record relating to a separate ATV issue states that the bids for the project came in much higher than what the state anticipated, and the whole thing will go back out to bid, with the project footprint now only extending to Redington Street (Apthorp Station).
Avatar: NHV 669 at the south end of the "Pompy" in White River Jct., VT on 4/29/1993. Photo by Richard Roberg.

by NHV 669
Mon Nov 02, 2020 6:25 am
And it appears work has begun; on my 0625 drive to work, I observed that the Industrial Park Road crossing was dug out sometime over the weekend, will have to get some photos later.

by highrail
Wed Nov 11, 2020 10:02 am
Stopped by Hazens yesterday. Nothing around, but did notice that there were multiple bundles of new ties stockpiled. There were 16 packs, totaling about 400 ties. Some sort of limited tie replacement planned?

Do they have any plans for car storage this year?

by bigfreight
Sun Nov 15, 2020 10:53 pm
There are piles of ties in various place between Hazen and Groveton but no activity at all since they redid the crossing at Page Hill Rd in Lancaster.

by bigfreight
Thu Apr 29, 2021 6:10 pm
For the first time in well over six months there was some activity on the line this week. Yesterday a Boom truck came south thru town marking and laying the new railroad ties that will be replaced at some point alongside the track.

by bigfreight
Fri May 07, 2021 11:09 am
Over the last week a lot activity with track crews with them working last weekend even . They came back north this morning with their equipment headed to Groveton . 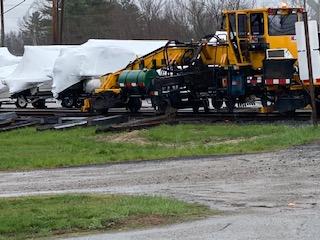 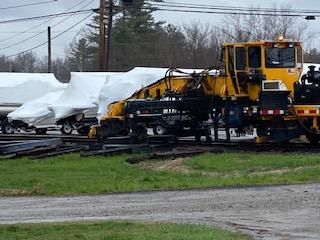 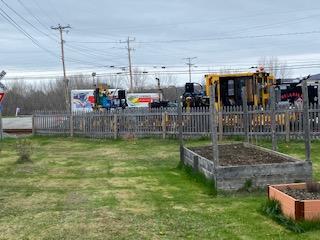 by RJDC85
Fri May 07, 2021 11:28 am
What was all of the equipment for? Is this just routine maintenance of the line being provided by the State of New Hampshire?