by Plate C
Tue Aug 03, 2021 3:54 pm
Gracias. Had also meant to ask if they had re-routed anything last week as they were washed out for a few days. Saw some cars on CSX that looked like NECR's. I know they regularly interchange at Palmer but I noticed a more of the WC boxcars in the past week and wondered if that was why.

by johnpbarlow
Wed Aug 04, 2021 7:19 am
Ironically, NECR delivered 29 gons of granite boulders, presumably tailings from Rock of Ages quarry, to CSX at Palmer yesterday evening. I think this stone will shore up a coastal breakwater somewhere.

by Plate C
Wed Aug 04, 2021 9:57 am
Thanks guys, interesting stuff. I stopped by Palmer this morning and saw the loaded gons. Most of Palmer was empty save for some cars in the yard and the gons with a couple boxcars and such mixed in. Could hear a crew working somewhere nearby on the scanner but none of the 3 RRs were anywhere in site. 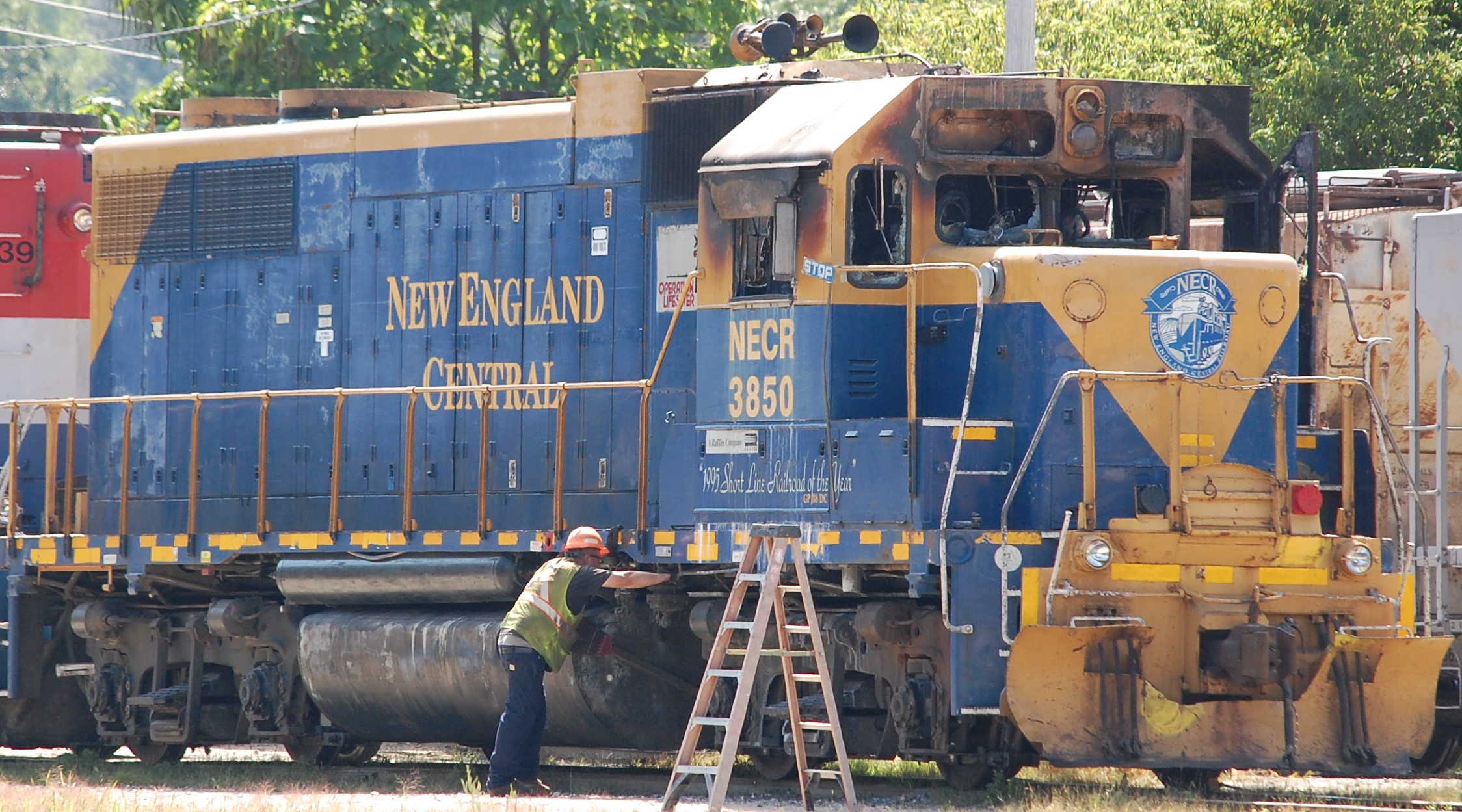 by nomis
Wed Sep 08, 2021 2:00 pm
From the facehive, it was trailing on a train and had a fire in Monson, MA.
Moderator: Railroad.net/forums
Avatar: An overnight trip on Girard Ave. stumbles upon 6 PCC's and an LRV stuck within two blocks.

by johnpbarlow
Wed Dec 15, 2021 6:23 am
An AllEarth Rail RDC, one of 12 purchased from Trinity Rail Express of Dallas a few years back for proposed deployment in Vermont commuter rail service around Burlington, was observed on the Palmer Rail Cam on 12/14/21 being switched by NECR's Palmer daytime switcher #603 at 1316 backing into the NECR yard south of the diamond, presumably after arriving on the daily NECR 611 road train from Brattleboro. And then 10 hours later at 2333, NECR's Palmer switcher was seen shoving the RDC in the middle of a long cut of cars into the CSX/MA Central interchange yard. Anybody know where the RDC is headed? I'll have to watch the cam midday to see if the RDC is dragged to W Springfield on the CSX B740 local.
You do not have the required permissions to view the files attached to this post.

by Allouette
Sat Jan 08, 2022 5:24 pm
G&W announced a planned Amtrak-related extension of CTC on the NECR. at the NARCMA conference. Brattleboro-E. Northfield or north from White River Jct.?

by johnpbarlow
Sun Jan 09, 2022 9:05 am
Here's an excerpt from a Trains Magazine on-line article re: NECR planned capital spending for 2022: