Looks like the only actual on-dock rail facility left in the Boston Seaport maybe going away.

Looks like the only actual on-dock rail facility left in the Boston Seaport maybe going away.

by bostontrainguy
Sun Feb 14, 2021 3:34 pm
Twenty years ago the pier at the end of Track 61 in the Boston Seaport was rebuilt. What was once a large International Trade Center building split down the middle with railroad tracks was torn down and a smaller building was built on the southern half of the pier. The northern half was left as open dock space with two rail tracks built along the pier's edge. This became the only remaining on-dock rail facility in the Seaport on the south side of the city. I am not sure if this was ever used but it does remain today.

The original building is in the upper right: 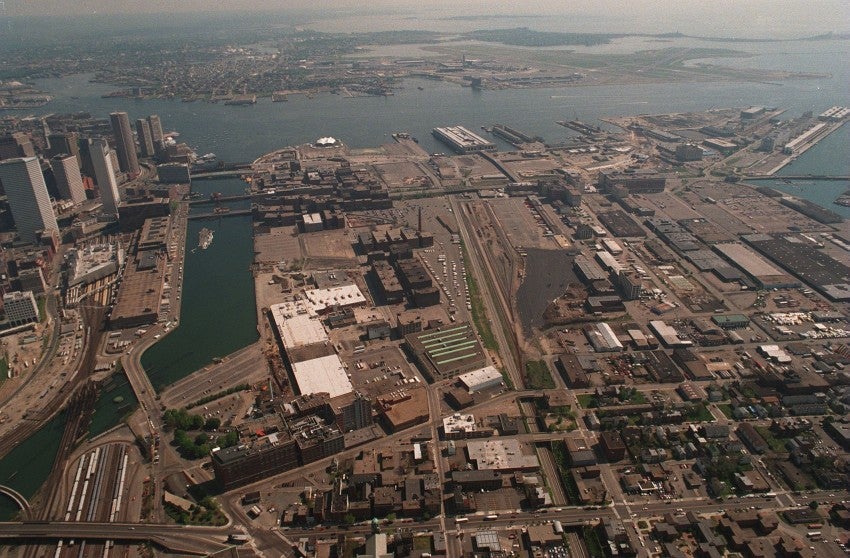 However it does look like the ax may have finally fallen on this rather unique infrastructure and probably the only Track 61 potential use unless the cement company builds some kind of loading/unloading facility. I don't believe they were ever served by rail but if someone knows different please share.

Here is the new proposal and it would really surprise me if the rails are going to be maintained:

Re: Looks like the only actual on-dock rail facility left in the Boston Seaport maybe going away.

by jaymac
Mon Feb 15, 2021 7:16 am
Since Ed King was at Mass Port and then became governor, the emphasis has been away from marine cargo. The amount of work to turn Boston into an even marginally competitive IM container port is too expensive both politically and fiscally. Making Boston Panamax capable, especially with expansion in the Maritimes ?
More short-term cash with minimal outlay can be made by the Commonwealth and the city in promoting the repurposing/redeveloping of the shoreline into low/no impact commercial and residential sites.
"A gray crossover is definitely not company transportation."

Re: Looks like the only actual on-dock rail facility left in the Boston Seaport maybe going away.

by BandA
Mon Feb 15, 2021 4:13 pm
You can put a condo building anywhere. Very disappointing. Facilities will not be there when we need them.