by bigpistol
Fri Jul 31, 2009 9:42 pm
Can any tell me anything about this train.
Like where is this photo taken.
Is the engine still around.
The person on the far left is my Great Grand Father. 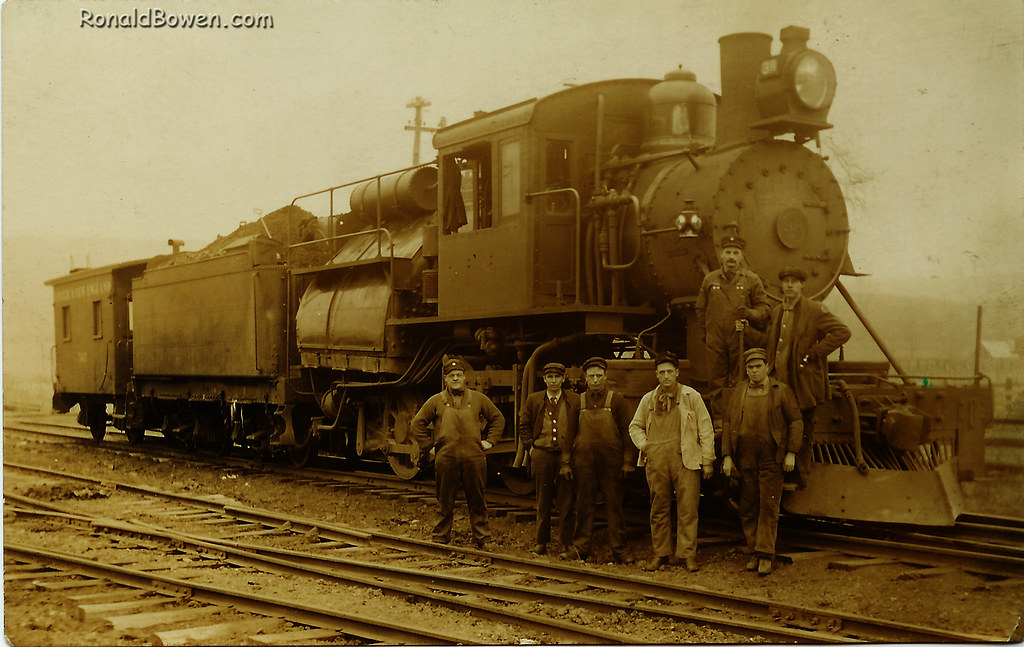 by Aa3rt
Sat Aug 08, 2009 9:03 pm
bigpistol-Here's some information on L&NE #38 from History of the Lehigh and New England Railroad Company edited by Randolph L. Kulp and published by the Lehigh Valley chapter of the National Railway Historical Society in 1972:

Sorry, I can't help you with a location-there are few visible landmarks in the background of the photo aside from the hill, thus there's not enough to go on, at least for me. Perhaps if you could tell us where your great-grandfather lived some sharp-eyed L&NE enthusiast could correlate that to a yard or division point on the railroad.

Incidentally, a very nice photo! Thanks for sharing! Do you have any idea when it may have been taken?
Art Audley, AA3RT
Moderator: Railroad Radio & Communications, Railroads in Books, Magazines, Music, TV and other Media, General Discussion: Fallen Trolley & Interurban Lines, General Discussion: Shortline, Industrial & Military Railroads,