by MattAmity90
Mon Nov 16, 2020 12:36 pm
If you take a closer look at the photo taken from the Main Street crossing at all the poles, off to the left a steel pole was just erected. Those wooden poles are temporary because the third track has to be laid eventually, and they are only doing that to keep the wires away from the construction site of eliminating the two Willis Avenue grade crossings. In fact several poles at New Hyde Park are being chopped down and removed near New Hyde Park Road because of the steel poles scraping the skies. Unfortunately, the New Hyde Park depot building is boarded up and I think it will be razed.

By the way, how is the new NASSAU 3 interlocking coming along because nobody seems to be taking photos of it?
This station is Babylon, this is the train to Penn Station. Stopping at: Lindenhurst, Copiague, Amityville, Massapequa Park, Massapequa, Seaford, Wantagh, Bellmore, Merrick, Freeport, Baldwin, Rockville Centre, Lynbrook, Valley Stream, Jamaica, Kew Gardens, Forest Hills, Woodside, Penn Station.

by RestrictOnTheHanger
Mon Nov 16, 2020 7:00 pm
Looks like the signal modification at divide didn't go well, there have been 2 disruptions already today.

by MattAmity90
Wed Dec 02, 2020 2:37 pm
Another large step in the project started this past Monday. On November 30th, Willis Avenue was closed to finally begin eliminating the 6th and 7th of the eight grade crossings in the project's blueprint: Both Willis Avenue crossings (Main Line & Oyster Bay). Unlike six months, they have a projected completion date in the third quarter of 2021. Main Street and the pedestrian crossing will be the only crossings left, but we all know they will be barricaded permanently like 12th Street in New Hyde Park. A temporary pedestrian overpass will be installed for foot traffic near Main Street.

The new NASSAU 3 I could only make out one switch that goes from Track 1 to the soon to be express track.
This station is Babylon, this is the train to Penn Station. Stopping at: Lindenhurst, Copiague, Amityville, Massapequa Park, Massapequa, Seaford, Wantagh, Bellmore, Merrick, Freeport, Baldwin, Rockville Centre, Lynbrook, Valley Stream, Jamaica, Kew Gardens, Forest Hills, Woodside, Penn Station.

Which grade crossing is still standing on the main line in that case?
"Look down, step over, and watch the gap!" - Dr. John Clarke, The Gap Rap (2010)

MattAmity90 wrote: ↑Wed Dec 02, 2020 2:37 pmAnother large step in the project started this past Monday. On November 30th, Willis Avenue was closed to finally begin eliminating the 6th and 7th of the eight grade crossings in the project's blueprint:

by photobug56
Wed Dec 02, 2020 11:21 pm
Dave is quite the gem. Could listen to him for hours (and have sat for some of his lectures with my wife). Didn't realize he was still posting photos but I shouldn't be surprised. As to 3rd Track, it is one of the first 2 projects I've watched since I came to Long Island 28 years ago that I respect. The work already done has made LI a safer place.

by MattAmity90
Fri Dec 04, 2020 2:43 am
The only grade crossing that would stand is Main Street which sees the actual convergence point where the Oyster Bay Branch diverts to the North. It is located next to NASSAU tower, and as far as the pedestrian crossing, I think it is still in service. However, a temporary pedestrian bridge will be placed there, which would eliminate it. They say they will not close Main Street until AFTER Willis Avenue's project is completed 9-10 months from now. Main Street will see the same fate as 12th Street in New Hyde Park: Closed permanently to traffic as if a crossing never existed there.

Two box tunnel or U-shaped bridges will be constructed on site (one for the Main, and one for the OB), but both will not be box-jacked into place simultaneously. Sometime in Summer 2021, there will be two consecutive weekend outages to push one on one weekend, and the next would see the second pushed in. It will be done in three phases: Excavation to the South of Willis Ave. (MAIN), excavation to the North of Willis Avenue (OYSTER BAY), and the area in between the two crossings. This is the first time I think since 1980, that two grade crossings will be eliminated in the same town at the same time (Massapequa Park was last). Having Urban and Covert doesn't count because they are in two different towns.
This station is Babylon, this is the train to Penn Station. Stopping at: Lindenhurst, Copiague, Amityville, Massapequa Park, Massapequa, Seaford, Wantagh, Bellmore, Merrick, Freeport, Baldwin, Rockville Centre, Lynbrook, Valley Stream, Jamaica, Kew Gardens, Forest Hills, Woodside, Penn Station. 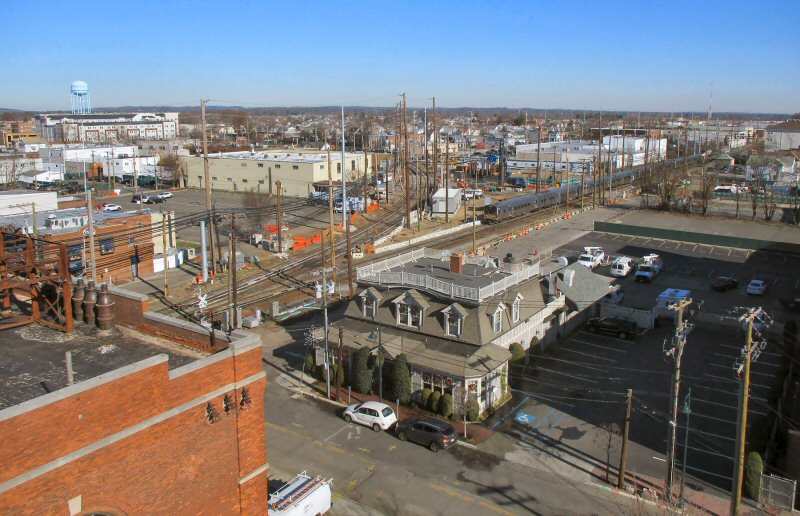 MattAmity90 wrote: ↑Tue Nov 03, 2020 3:46 am
Both tracks from the current NASSAU3 to the West end of DIVIDE have had their rails and ties replaced through Carle Place and Westbury. What will be the new third track at Hicksville, and the current Southern track are undergoing the same treatment. Then they will commence that on what will be the middle track from Hicksville to the Wantagh Parkway.


Just a clarification - only the ties were replaced - the equipment they used was amazing it lifted and spread the rail to replace the wood ties with concrete ties. I posted a video on LIRR Fan Club facebook (search Carle Place ties).

by M1 9147
Sun Dec 13, 2020 8:26 am
So I’ve only seen the progress of the third track work in person at Carle Place until Friday when I went to Merillon Avenue to watch the Main Line Traffic, and that station is 60% complete. They still have to add station canopies, elevators, additional walkways, and I believe a ticket office/waiting area. Also, it looks like they will be moving Nassau 1 Interlocking to the east of the station as I saw a new switch from what’s 1 now to become 3, and 2 along with covered pedestal type signals. Obviously since the signal bridge east of the station got taken down, temporary pedestal PL signals were placed. Still a long ways to go, but a lot has been done in the last two years. Yes, Main Street Crossing is still there, but yes it will face the same fate as South 12th Street had.

by newkirk
Sun Dec 13, 2020 2:20 pm
This part of parking lot at Westbury is closed and looks like things will be happening soon. 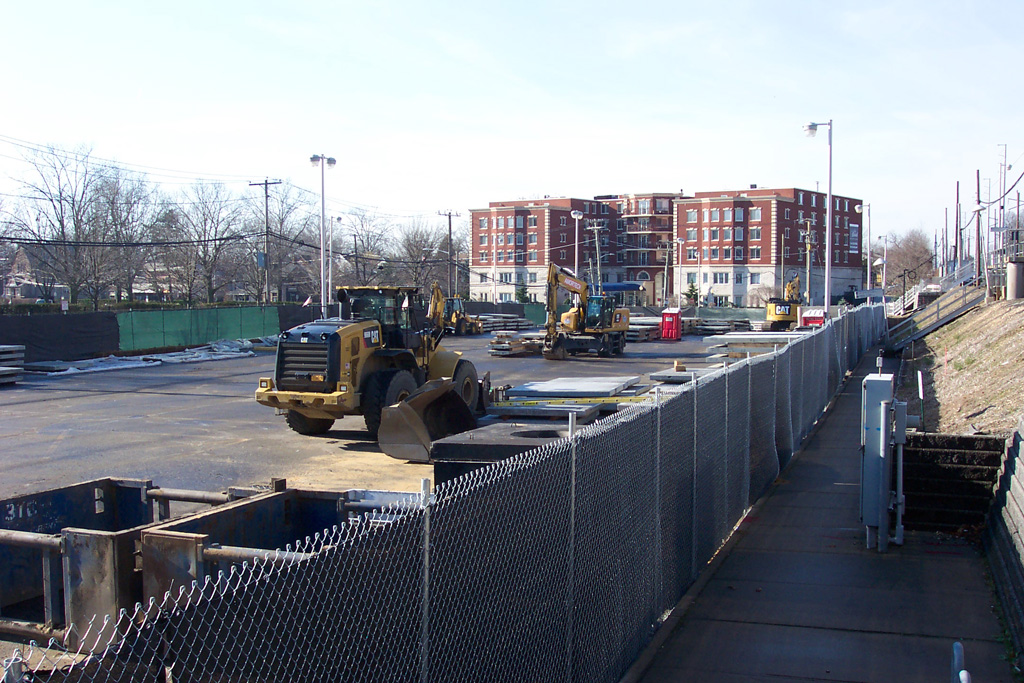 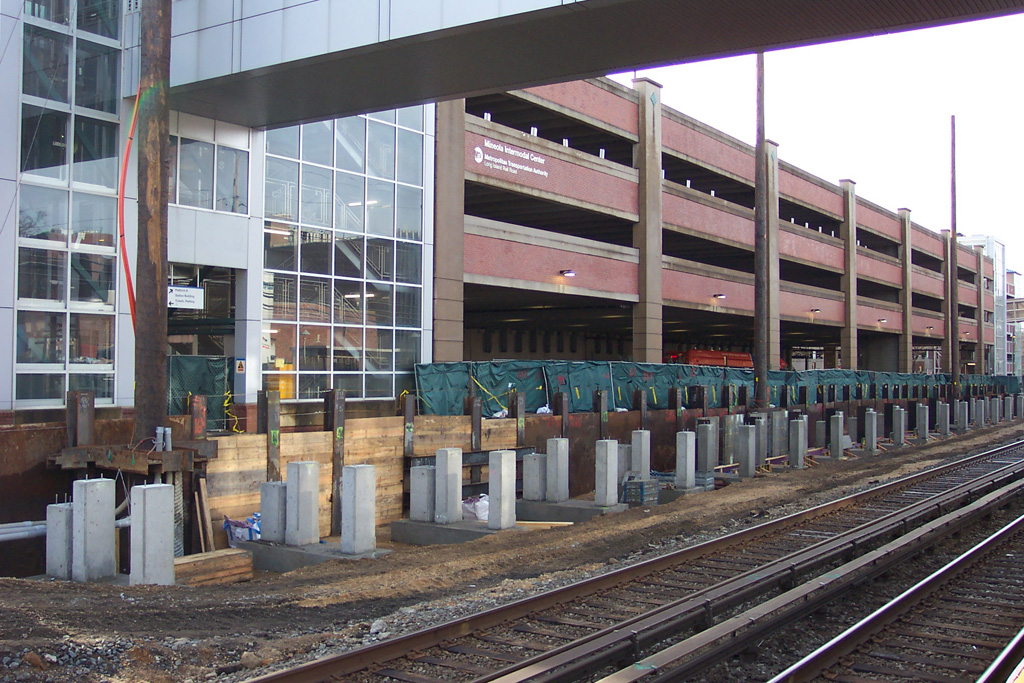 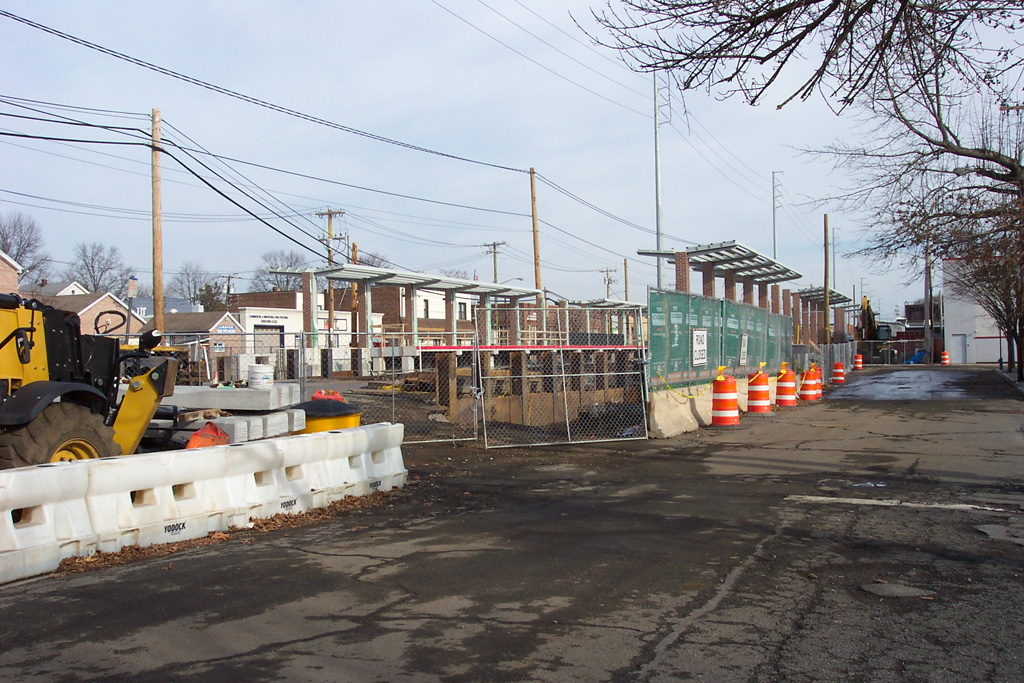