by MBTA3247
Sat Sep 03, 2022 7:14 pm
Incorrect. In order to provide cars for the Riverside Line, the MTA had to convert the 7-years-old trackless trolley lines out of Forest Hills to diesel buses, so that those trolleybuses (with their left-hand doors) could be reassigned to North Cambridge Carhouse to operate routes 71/72/73, so that the PCCs previously operating those routes could be reassigned to Riverside.
"The destination of this train is [BEEP BEEP]" -announcement on an Ashmont train.

by WatertownCarBarn
Sun Sep 04, 2022 8:55 am
The opposite of D being made heavy was considered IIRC. Kenmore was built with the loop for light lines to drop passengers who could then transfer to a heavy line. The heavy line would be where the B is now. The middle, B, was built for quick conversion to heavy.

by jwhite07
Sun Sep 04, 2022 11:37 am
Getting off Type 10s a bit, but I have seen suggestions of linking the Blue Line to the Riverside Line via the long-discussed Blue-Red connector at Charles/MGH thence via a new tunnel under Storrow Drive and Beacon Street to a "Kenmore Under" station and out the Highland Branch. Not the worst idea I've ever seen.

Back onto the Type 10 discussion, 102 cars is nowhere near enough to replace the current fleet even if the new cars are longer. They're ~50% longer, not 100% longer, so replacing 2 car trains with single cars and saying that's equivalent is fuzzy math. The Green Line used to be packed nearly from morning to night 7 days a week, and from what I've experienced, at times it's back to the way it was. Hopefully the T will be wise enough to fully exercise the options on the order (I believe 226 cars total?). If real capacity increase is desired, they should replace 1:1 or better, like they have done on all three subway lines with the latest orders there.

As far as the artist renderings, it just strikes me that the sharply sloping front profile is wasted space. It would not pain me to see Type 10s which look much like Type 9s, except without the deeply-recessed front destination signs that make them less visible from some angles, and of course doors that cycle a little faster.

jwhite07 wrote: ↑Sun Sep 04, 2022 11:37 am As far as the artist renderings, it just strikes me that the sharply sloping front profile is wasted space. It would not pain me to see Type 10s which look much like Type 9s, except without the deeply-recessed front destination signs that make them less visible from some angles, and of course doors that cycle a little faster.

Initially I thought the same but after reading a bit more I see that they plan to have the operator cab "isolated and sealed" so projecting and centering it out in front of the doors would result in a protruding snout. I also wouldn't think that they would go with a covered coupler due to it hindering operating flexibility but then it would increase pedestrian safety so maybe they are. We will have to see I guess. Could actually finally bring the T into the world of modern trolley design.

WatertownCarBarn wrote: ↑Sun Sep 04, 2022 8:55 am The opposite of D being made heavy was considered IIRC. Kenmore was built with the loop for light lines to drop passengers who could then transfer to a heavy line. The heavy line would be where the B is now. The middle, B, was built for quick conversion to heavy.

Obviously, the Highland Branch was easy to connect to the trolley system, so that is why they did it. I've previously suggested that the "D" Riverside be converted to Orange, the Needham Line also be converted to an Orange branch. Orange line cars could enter Kenmore, share tracks with trolleys (FTA would allow that, right?), Hynes would be converted to Green + Orange. You would then need about a mile of new tunnel to reach the Southwest Corridor Orange tunnel, and either a BBY-Under or a new station perhaps near the Quincy school. BBY-Under would lead to eventual separation of Orange and Commuter Rail into separate levels increasing capacity, and a wye allowing Riverside-Forest Hills service then out to Needham then Newton Upper Falls then Eliot continuing inbound restoring historical "Needham Loop" service.
Last edited by BandA on Sun Sep 04, 2022 1:54 pm, edited 2 times in total.

by Red Wing
Sun Sep 04, 2022 1:49 pm
Big advancement to me is it appears to be single operator operations and a throwback to those old center door trolleys (sorry I forget the name of those). Everything I read about those old cars could swallow up crowds and these new cars could do the same.
Yes they are not a 1 to 1 replacement but if there are no steps that turns into usable space so maybe the capacity will be the same?

by BandA
Sun Sep 04, 2022 1:59 pm
What is really a head scratcher is why did they make the GLX part of the Green Line when they could have made it part of the Orange Line. "Heavy rail" "subway cars" are better, cheaper, less compromised and less custom than Type 10 trolleys. GLX could have just as easily been connected at Community College instead of the Lechmere viaduct, or North Station, Science Park and Lechmere could have been converted to Orange.

by TurningOfTheWheel
Sun Sep 04, 2022 2:33 pm
They may only be 50% longer but they reclaim a lot of negative space in the current design and reassign that to passengers. Namely, the entire center of what is now a two-car consist (the middle cabs and the space between the two cars) is now usable space for passengers. Combine that with a more modern, 100% low-floor design that's optimized for standing room, and doubling the capacity over a current 7/8 isn't that hard to imagine.

by The EGE
Sun Sep 04, 2022 5:18 pm
Why the D Branch is light rail: It was built as inexpensively as possible, so as to add service quickly and cheaply. It was done at a total cost of $9.2 million, slightly under $70 million in today's dollars. The ROW was bought from the B&A for a song, rails were reused, stations were bare asphalt, the only big parking lot was built in a sandpit. A quarter-mile of cut-and-cover tunnel to connect to the Beacon Street tunnel was vastly cheaper than any possible route to downtown. Some aspects of that worked better than others. The level junction has always been a bottleneck, and the cheap stations and reused rails needed a major renovation within 15 years.

Subway conversion: the D Branch is unlikely to ever be converted to heavy rail. For one, you need Riverside as the main Green Line shops, with the ability to move equipment 24/7. There's no place on the system that's viable as a replacement. For two, it doesn't have the ridership to justify the expense of heavy rail conversion (including much larger stations with overpasses) - while it's a very productive light rail line, the Newton villages are never going to see the kind of development that would massively increase ridership. For three, the only likely heavy rail line that could get there is the Blue Line. If it's extended to Kenmore (perfectly reasonable), either heading west along the Pike or to Watertown and Waltham, or south to the LMA, would be much more valuable extensions.

GLX mode: An Orange Line spur along the Lowell Line to Woburn - with a possible spur from Somerville Junction to Alewife and Arlington - was in fact considered in 1962. But the fundamental problem with that is branching - you're splitting northside frequencies between two branches, meaning that the major bus hubs at Sullivan, Wellington, and Malden only get half the Orange Line service. A two-car train of Type 10s every 5 minutes can move more people that an Orange Line train every 8 - and you can through-route a second Green Line branch to Medford if you need extra capacity. The Green Line also provides one-seat rides from Somerville/Medford and East Cambridge to the major job center of the LMA, which the Orange Line was not.

Extension of the Blue Line from Bowdoin was considered early in the GLX planning process. However, it would have cost about double that of extending the Green Line because of the need for substantial tunneling - either the Red-Blue Connector plus a new Charles River tunnel, or a very difficult (and maybe not even technically feasible) routing to reach the Lechmere Viaduct. Again, there wouldn't have been any capacity difference, stations would have to be much bigger, and you wouldn't have one-seat rides to the LMA or even Back Bay.

Any particular loading gauge restrictions on the Riverside Line?
Since my friend continues to chain smoke nonstop, she is probably an Alco.

Not for any subway car. This was a standard railroad line before being converted. It even had freight service. 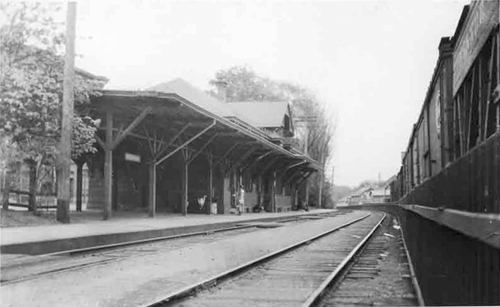 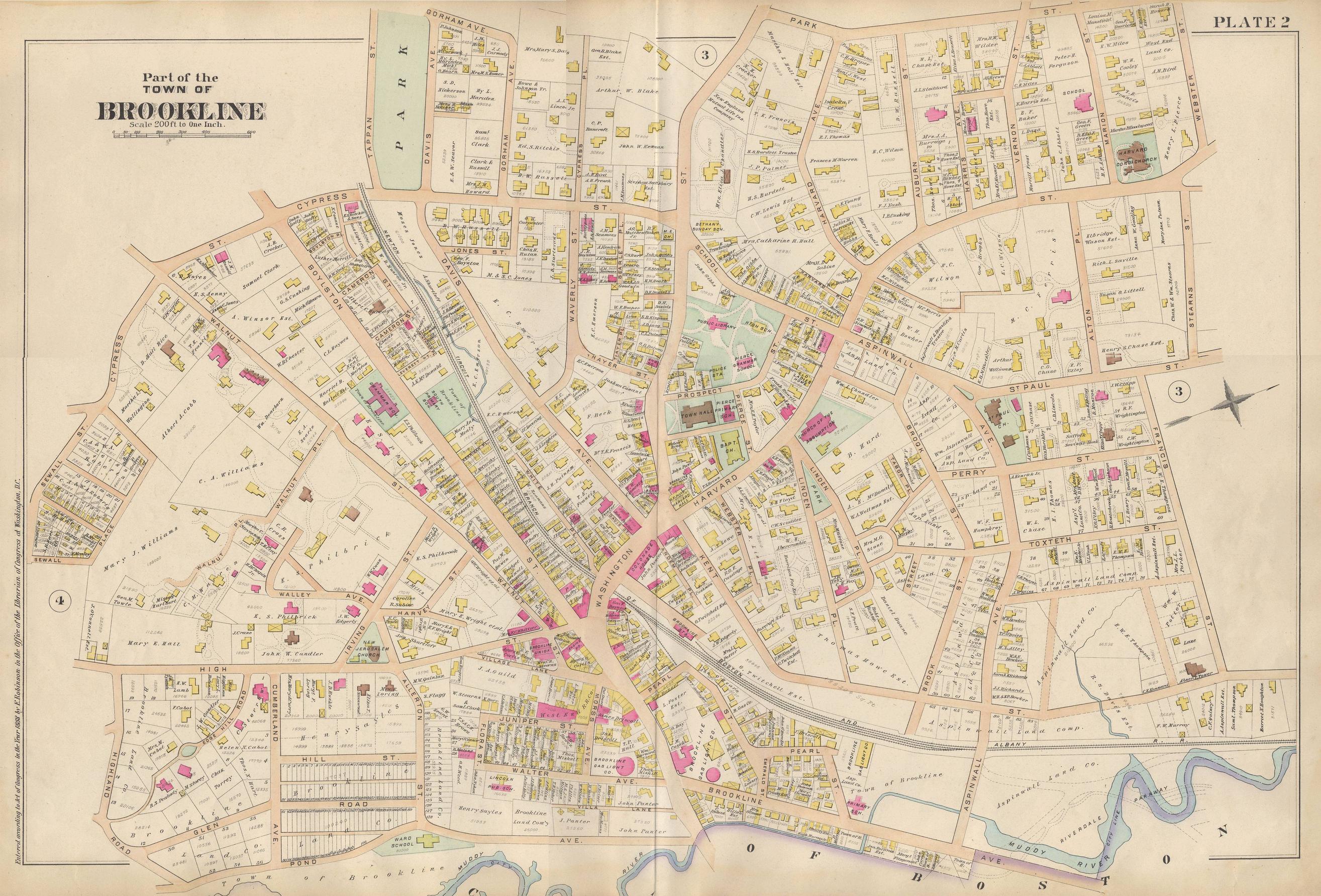 
According to the Transithistory Roster (which hasn't been updated yet with the contract award):


Type 10s will only operate in trains with other Type 10s, but will have anti-climbers and folding couplers compatible with Type 7s, 8s, and 9s for emergency towing or pushing.

Type 10s will be able to be MU'd together. However, I believe that regular MU operation in revenue service will only happen if the option orders are exercised, especially now that the base order has been reduced from 165 to 102 cars. I believe the plan was to first run 2-car trains on the D and E branches and later on the B and C branches once infrastructure upgrades have taken place, as not all platforms on those branches are long enough to fully berth a 2-car train of Type 10s (which will be the same length as a 3-car train of current cars).

Type 10s will not be able to MU with other types of cars. It may be possible to physically couple them for emergency towing/pushing, but that would be all. The whole idea of the Type 10s is to be a major generational leap over the existing equipment, on the level of the transition from the PCCs to LRVs (but hopefully much more reliable and with fewer derailments).