Charliemta wrote: ↑Wed Oct 07, 2020 2:36 pm They'll build short ramps on both sides of the gap, so the LRVs can do an Evil Knievel jump across it. No problem.

As a kid, I used to wonder why they didn't do that. Little ramps instead of train bridges then just jump over the gap. A much simpler and easier to build solution :D
My New YouTube Channel (Give It Time):
John's Train Videos

Here are two photos of Union Square terminal taken five weeks apart. I have no idea why the rails were installed as the place is far from completion.
000US1018.jpg
You do not have the required permissions to view the files attached to this post.

by Arborwayfan
Thu Oct 22, 2020 12:39 pm
Maybe they had the rail and the ties already delivered or on hand, and this way they don't have to store them. They shouldn't deteriorate any faster than if they were in a storage yard someplace.

by Cosmo
Thu Oct 22, 2020 6:21 pm
My guess is to facilitate moving construction material, OR the station is closer to completion than realized.
JUST guessing.
"It belongs in a MUSEUM!"
-Indiana Jones

by neman2
Fri Oct 23, 2020 7:35 am
Track construction, especially the final surfacing, thermal adjustment, etc. will not be able to be done once winter conditions take hold. The work of completing the station can continue through the winter using heating methods if necessary.

The gap between the old viaduct and the new elevated is finally being filled (photo). They've started to construct Lechmere Station. The entrances at ground level are starting to take shape. The two photos taken 78 days apart show the building in the background going up quickly.

Visible from Inner Belt Road, tracks are being laid in the new yard, also on the up-ramp from visible from McGrath Highway. 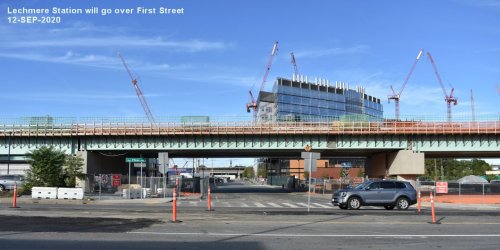 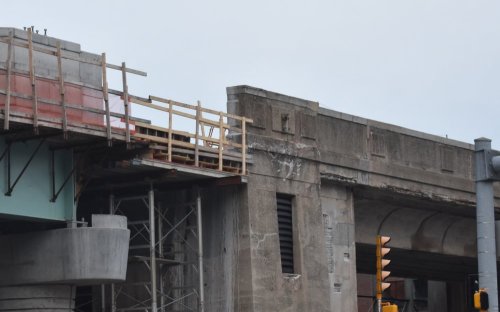 by BostonUrbEx
Sat Jan 09, 2021 12:15 pm
Someone took a video from their Lowell Line train of the GLX progress:
|| TRANSITMATTERS || NIGHTBUS || REGIONALRAIL ||

by jbvb
Sat Jan 16, 2021 8:52 am
I have a sad feeling that the elevation difference at 'the gap' was to preserve the view from the building behind, and some badly conceived, expensive bit of engineering is expected to lower the track inside the existing viaduct walls to suit the new span.

by ceo
Sun Jan 17, 2021 1:35 am
I... very strongly doubt that. Everything I've seen indicates that the new viaduct is built to match the elevation of the old one.

The transition from a 1910 concrete and steel viaduct to a modern steel structure is a delicate affair. Figuring the 1910 viaduct has had 111 years to settle in its ways, where a brash young upstart steel and concrete pillar will be wiggling around for a bit. A hard tie together would cause an issue for one-or-the-other or both of them.

By leaving a gap and most likely a forgiving connection should lead to harmony in there spatial relationship. When the trackage is laid there will probably be a rail expansion joint at that location.

Here are some photos I took on Friday, January 15, 2021. As you can see the new and the old will not be hard tied together. 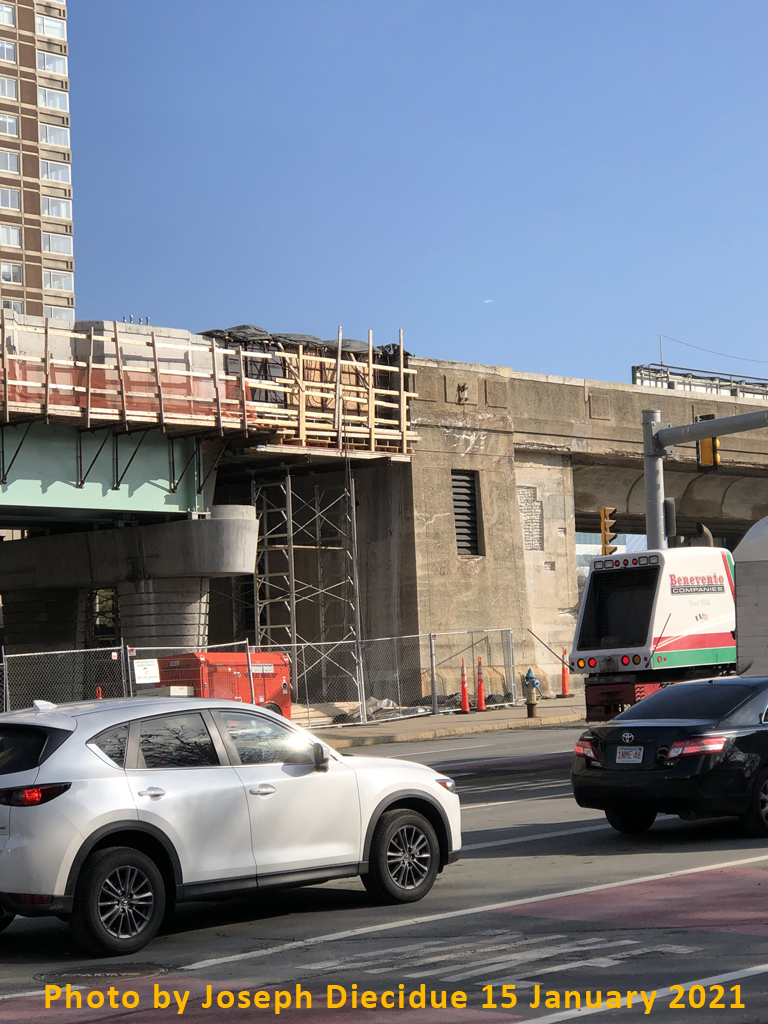 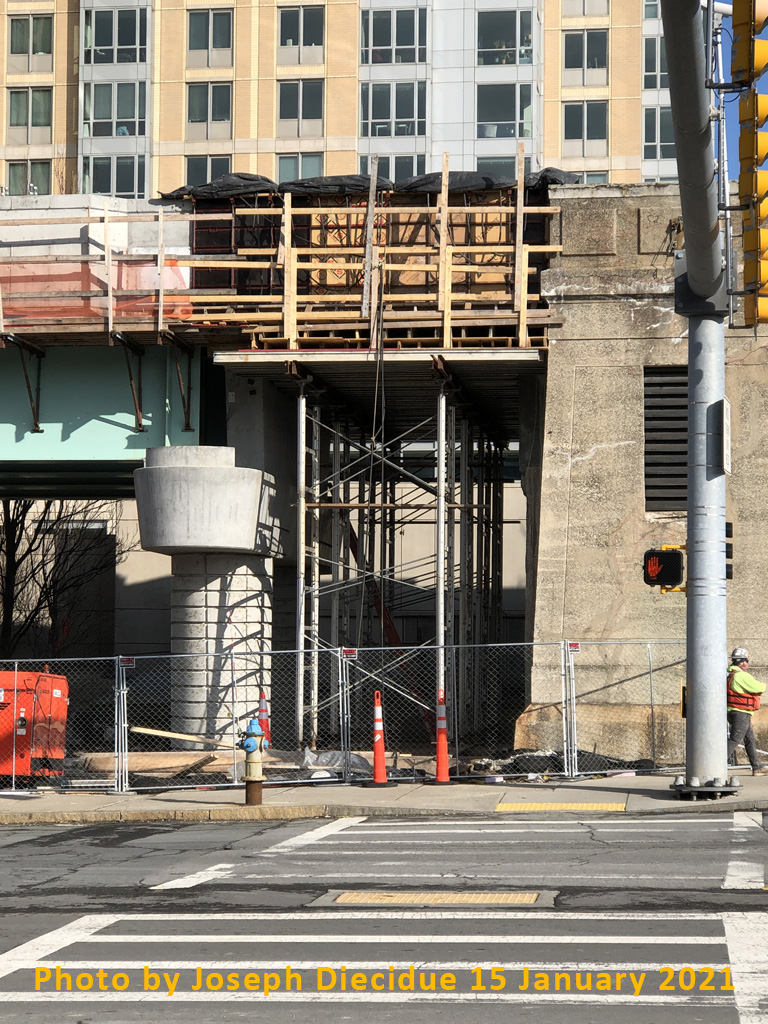 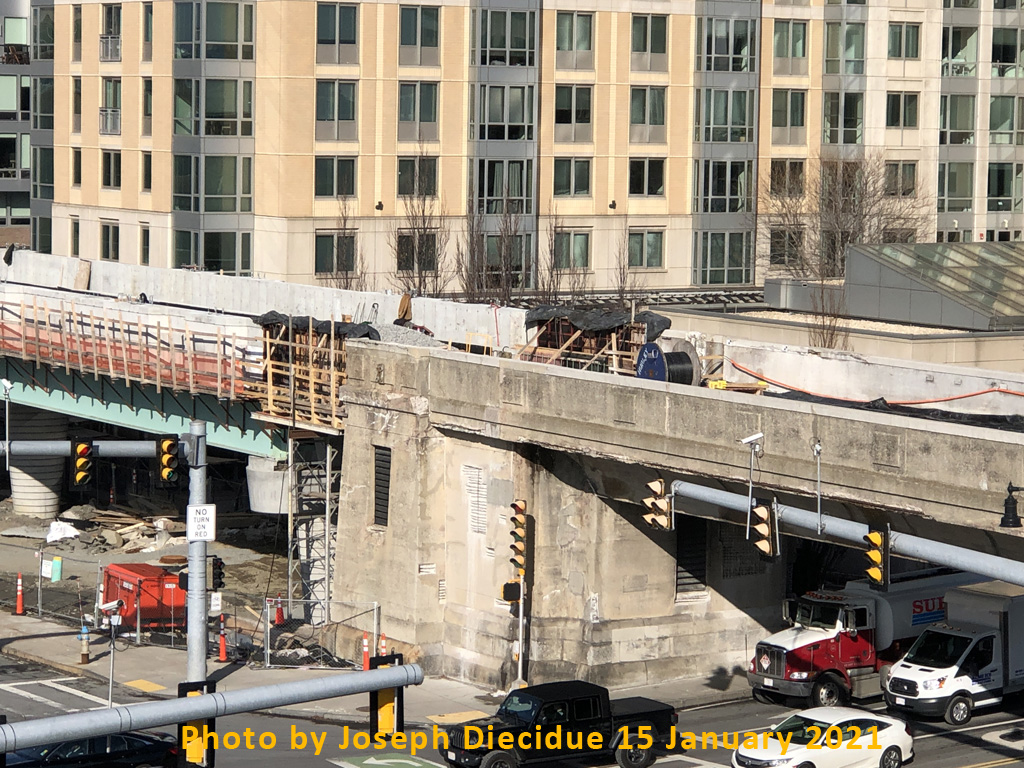 Or, someone measured wrong!

the T has put Maps including GLX at the new Ruggles platform. On these maps it states that the (D) will be going to Union Square and the (E) to Tufts.

I thought the plan was the (D) to Tufts and the (E) to Union Square? 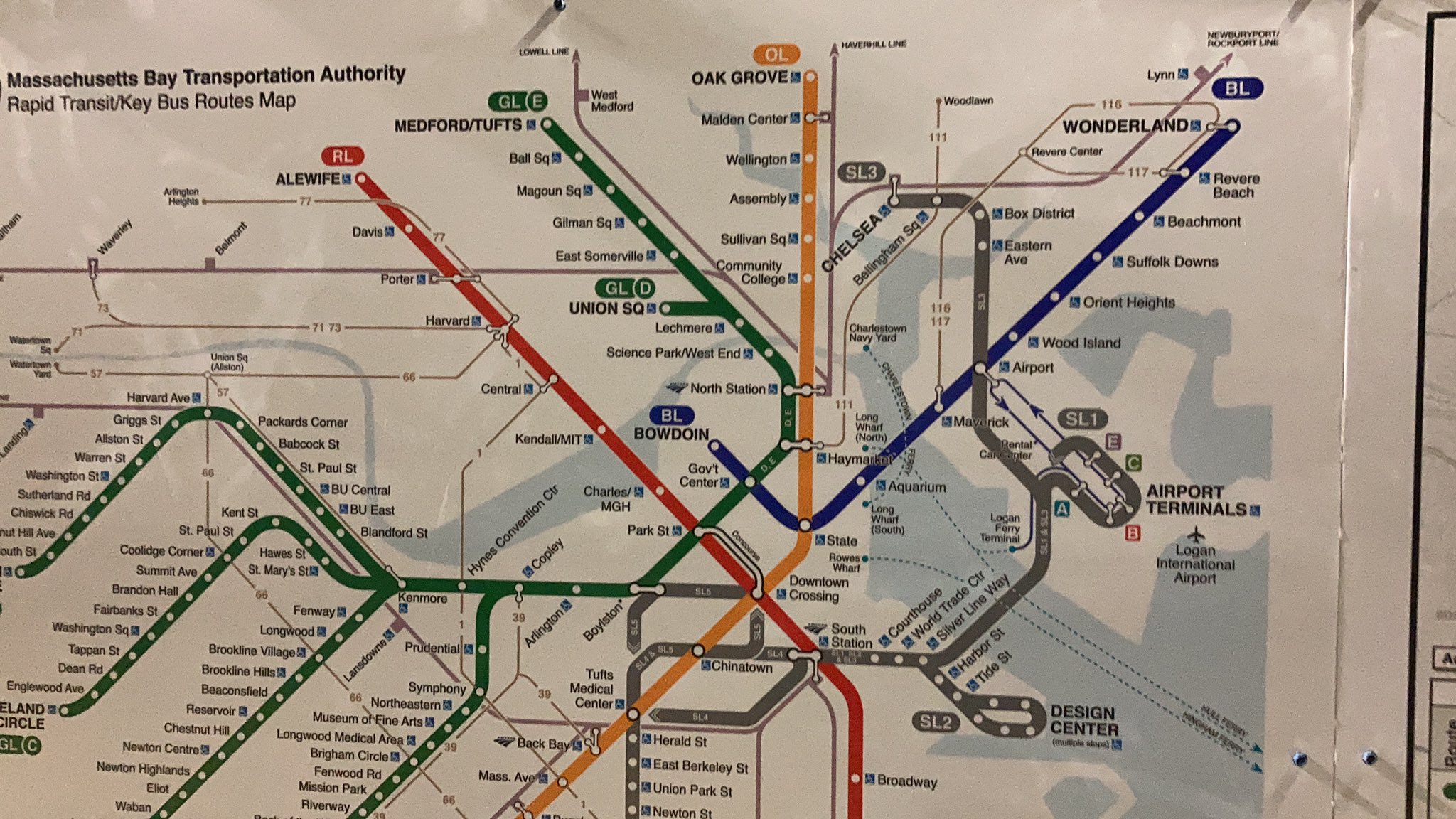 They should show the Union Square GLX branch as longer, ending a little further to the left. It would show up better that way and be more accurate.
"The penny candy store beyond the El
is where i first fell in love
with unreality.....
Outside the leaves were falling as they died.
A wind had blown away the sun."
----Lawrence Ferlinghetti

by bostontrainguy
Wed Apr 07, 2021 3:56 pm
Per the MBTA Carmen's Union, the T is restarting more service systemwide with the summer pick with this note about the Greenline:

Green Line service will be adjusted to match the timetables expected for the opening of the Green Line Extension this fall.
Last edited by bostontrainguy on Thu Apr 08, 2021 7:47 am, edited 1 time in total.