by ceo
Mon Aug 10, 2020 3:24 pm
The Massachusetts Architectural Access Board has much more stringent requirements than the federal ADA. It's the reason the T has been installing redundant elevators at a lot of stations. Honestly, speaking as a parent who has taken his kids to the Museum of Science via Science Park many times, crossing the intersection at ground level is not that big a deal. 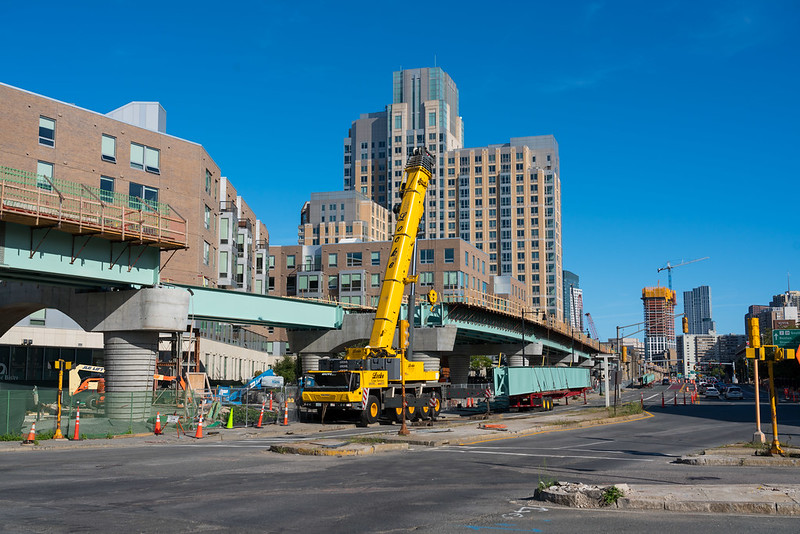 But as the T moves forward with capital improvements, budget watchdogs have sounded the alarm over the T’s unraveling finances amid rising costs and declining revenues in the coronavirus era. MBTA General Manager Steve Poftak said the agency is now spending $1 million per week on sanitizing stations, buses and trains and on personal protective equipment for employees.

The Massachusetts Taxpayers Foundation has estimated the system will see a $308 million deficit.

Should the station get a new name?

I read for the first time (in Boston Street Railway Assn's Rollsign magazine) the claim that a Richard Lechmere, who gave his name to the locale, was a slave owner.

So, will today's woke and cancel culture demand a new name for the station? Perhaps the name Northpoint?
Suggest putting Scotch Magic or similar "permanent" tape over the seams of the envelope to prevent machinery jamming of or tampering with important mail.

by Charliemta
Sat Oct 03, 2020 1:49 pm
Not defending it in any way, but owning slaves back then was fairly common. It's not like the guy was evil because he owned slaves; he was a product of his times.
"The penny candy store beyond the El
is where i first fell in love
with unreality.....
Outside the leaves were falling as they died.
A wind had blown away the sun."
----Lawrence Ferlinghetti

by Arborwayfan
Mon Oct 05, 2020 2:49 pm
In a way, the rightness or wrongness of Mr. Lechmere, long dead, who gave his name to a square that gave its name to the BERy stop at the end of the East Cambridge Viaduct, is not really the point. The names of things and places are for us now, not for people in the past. If a substantial number of people are unhappy when they hear the name Lechmere, then change the name for that reason, especially if, as is likely, very few people would really mind not hearing the name Lechmere. If more people think of the station as being in East Cambridge than as being in Lechmere Square, then change the name for that reason. It doesn't help or hurt Mr. Lechmere either way. And since the largest number of people probably don't even think about whether there was a person named Lechmere (at my age, I think of the old store first, but if someone had told me it was named after a lake in England I'd have believed it), it's probably not a big deal either way and can hardly be said to be keeping historical memories alive. (Different from Mr. Yawkey, for example, who was all the good and bad things that he was in living memory and whose way was very clearly named in his honor.)

by HenryAlan
Tue Oct 06, 2020 12:56 pm
The name hasn't been relevant since the store closed in my opinion. Transit stations should be named in ways that make it clear what is accessible from that location and should not be seen as sacrosanct. We've changed other station names from time to time. When Auditorium became Hynes, was that done to undermine the war veterans for which the nearby auditorium had been named, or was it to make it clear that it serviced the convention center? I'd say go with North Point or East Cambridge because either would be more relevant.

HenryAlan wrote: ↑Tue Oct 06, 2020 12:56 pm ... When Auditorium became Hynes, was that done to undermine the war veterans for which the nearby auditorium had been named...

Wasn't it originally the John B. Hynes Memorial Auditorium, named for the former Mayor of Boston, when it was built? Didn't they just change the name to be a little more specific? I always heard of things at the "Hynes Auditorium" growing up and knew the station to be associated with it.
First Law of Public Transportation: You can never be early, but you can always be late.

by Arborwayfan
Tue Oct 06, 2020 8:55 pm
Or Mechanics and Prudential, just a hop skip and jump away from Massachusetts (Ave., I assume, was the idea), Auditorium, Hynes/ICA. 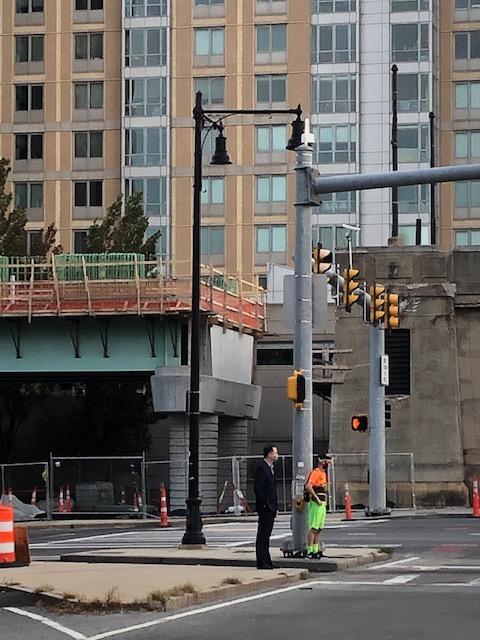 *looks down at plans*

by Charliemta
Wed Oct 07, 2020 2:36 pm
They'll build short ramps on both sides of the gap, so the LRVs can do an Evil Knievel jump across it. No problem.
"The penny candy store beyond the El
is where i first fell in love
with unreality.....
Outside the leaves were falling as they died.
A wind had blown away the sun."
----Lawrence Ferlinghetti