by 2nd trick op
Wed Jan 29, 2014 6:10 am
Just as an aside, let me point out that one of the fnest collections of rail-oriented books in the Northeast is in the library of East Stroudsburg University -- several hundred, and quite a few of general ralfan interest. Although I'm an alumnus of Penn State rather than the State Unversity System (formerly State Teacher's Colleges) I've held a card there for over ten years, so some means for borrowing could likely be arranged if you're in good standing with olher libraries.
What a revoltin' development this is! (William Bendix)

by BR&P
Mon May 04, 2015 2:13 pm
Last post January 2014? Man, so sad to see potentially good forums sitting around dead. Personally I find this format easier to use than some other sites, too bad this one seems to be dying a slow death!

I'm not into the flashy color books of today's railroads but I am a sucker for the memoirs and stories of the old timers of 100+ years ago. If there was no such thing as copyright laws etc you could make several good books just culling and organizing what was told in the old RAILROAD MAGAZINE in the 1940's - fascinating stuff!

For those similarly inclined, check out "Brownie The Boomer - The Life of Charles P. Brown, an American Railroader" written by Charles P. Brown, and edited by H. Roger Grant. This guy was a teen hobo back about 1900 or so, and soon after the start of that century he hired out on the first of 20 or 25 railroads he ultimately worked for. He was a brakeman and a fireman, ranging from the NYC out of New York City to the SP and ATSF in California, from the MILW in Wisconsin to the ATSF in Texas. His career ended when he lost his legs in a switching accident in 1913, or who knows how many more lines he would have worked for.

He had a fantastic memory, and while Grant edits the book and makes an occasional correction, overall that memory is right on. One thing which might annoy those with perfect grammar is Brown's lack of punctuation, for since he was essentially an orphan and missed out on much formal schooling he tended to run his sentences together so a whole paragraph would consist of only one sentence such as I am illustrating here, but let me tell you overall it did not bother me one bit because it seems as if old Brownie was sitting here beside me telling me these stories instead of my reading them in a book, and he sure had some amazing adventures to tell about for the railroads sure were busy back then. (If you can get through that sentence, this book will work just fine for you!

Runaways, fights, drunks, wrecks, boiler explosions, hobos, train holdups, you name it he was there. And by the way, Brown claims, and Grant supports him, that these are actual events he saw and not tall tales he heard elsewhere. If that stuff is up your alley give this book a shot - you will love it.

by The RR Authority
Thu Jan 21, 2016 10:44 pm
"The Long Trains Roll" by Stephen Meader. It is hard to find but they do have reprints of it out. It takes place on the Pennsylvania RR during WW2 and it was written for young adults but it is an excellent read for all ages. And it is a wonderful glimpse of the glory days of the PRR.

"To enter the railways as a passenger is to hope for a fast, comfortable journey, helped by staff who aren’t oppressed or haughty, leaving and arriving when promised, and not feeling ripped off, either through your ticket or your tax bill. But to enter the railways is more: it is to surrender to the care and governance of a realm within a realm, and to take part in a performance, a series of rituals and dramas, in which you are both participant and spectator." - "Trains in Space", from the London Review of Books

by NashuaActon&Boston
Sun Mar 19, 2017 8:58 pm
High Green and the Bark Peelers offers a unique view into myriad Boston & Maine operations circa 1945. It's well written; the author a midwest college professor who is given unfettered access to the B&M for a few mid-century weeks. Steam, diesel, passenger, freight, hotshot mainline, sleepy rural branchline - it's all covered. A classic New England RR title - it's OOP - but one can find used copies on Amazon.

by edbear
Fri Jun 23, 2017 8:59 pm
I'm guessing that High Green and the Bark Peelers covered 1948 or 1949. In 1968, when I first started working at the B & M General Office, 150 Causeway Street, some of the older people were surprised that I had bought a 2nd hand copy of the book. Apparently all the give-away copies were gone by then. I even knew a few of the B & M employees whom author Neal profiled in the book. One of the guys at work bought the Somerville house on Josephine Ave. from Conductor Cameron McKay of Slow Train in a Hurry chapter of High Green. Back in high school a fellow classmate knew I was an enthusiast and had read the library's copy of High Green. He told me Neal had taken his own life. Looked for a long time and couldn't find anything. Check out findagrave.com, put in Robert Miller Neal, Massachusetts and he pops up, 1902-1950. Buried in Amherst. Did not live much longer than his adventure summer on the B & M. Neal wrote a couple of other books, not railroad subjects. I now and then re-read portions of the book. Some of the 1948 flavor of the B & M was still extant during my term there, but the only thing recognizable today are the tracks, what few remain. One of my used copies of High Green came from the Beebe Library in Wakefield, a gift from Lucius Beebe's family.

by fredme
Tue Oct 10, 2017 10:41 pm
This month while travelling by train I read Shantaram on my Kindle. Interesting, sometimes difficult. But definitely a good read. Haven't finished it yet...

by Bigt
Fri Feb 09, 2018 11:39 am
I have always enjoyed my copies of S. Kip Farrington's "Railroading From the Head End", and, "Railroading From the Rear End".
They cover a myriad of railroads, and, highlight many operating practices, innovations, and equipment of these roads. Both can
be easily found on various book seller sites for reasonable prices. Finally, in my opinion, every home railroad library should have
a copy of William F. Knapke's "The Railroad Caboose"......a classic.

by Rick A
Thu Jun 20, 2019 9:34 pm
I just picked upa book on steam whistles, "the engines moan". It has to be the best reference book out there about steam whistles. 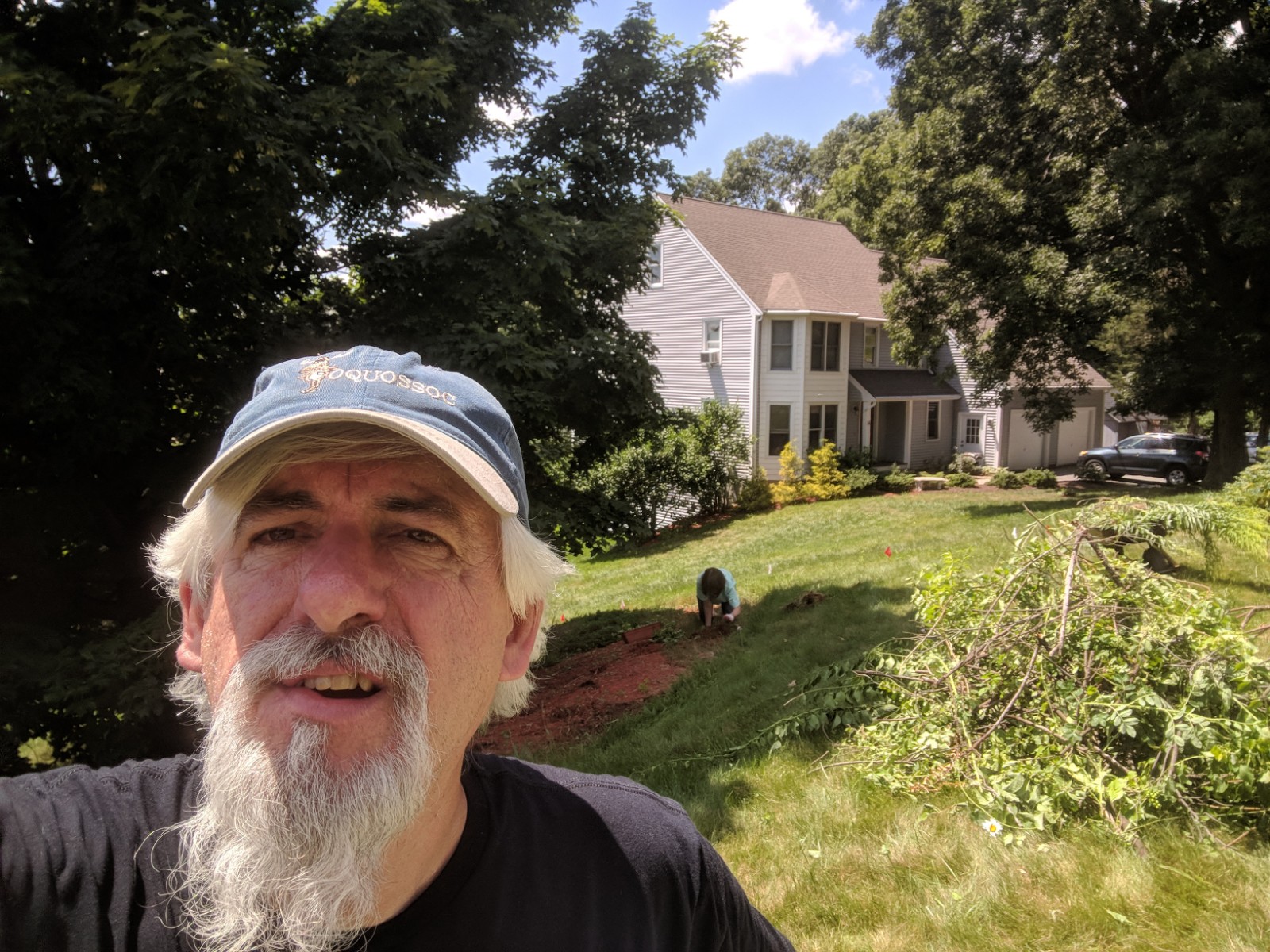