by 18x316
Wed Jan 12, 2022 12:33 pm
The photo below (which was taken from a contemporary US Army publication and was reprinted on page 51 of the December 2020 issue of German railfan magazine Eisenbahn Kurier) shows the captured German war locomotive L 42 1597. 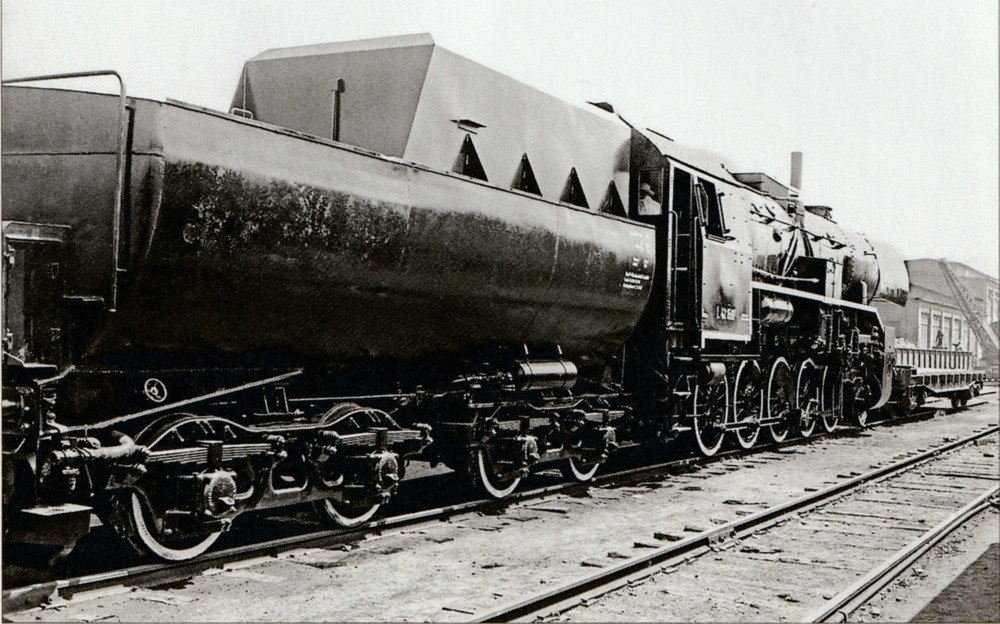 She was one of about a dozen rail vehicles the US Army brought back after the end of WWII to the US (by ship to Newport News) for further study. The loco spent most of its time rusting away at Fort Eustis or Camp Patrick Henry until it was scrapped at the former in 1952 (along with all but one of the captured vehicles). However, in 1948, it got the distinction of being exhibited at the Chicago Railroad Fair (see section "US Army" in the link). The loco's livery (lacking the USATC logo it had earlier on the tender) and its freshness on the photo indicates it was made shortly before or during the transfer to Chicago. (You can also recognise the flatbed wagon with adapter for European screw coupler and buffers at one end.)

I have a passion for tracking down the locations of old rail photos. Using the building and chimney in the background, I could rule out any possible site in Chicago or Fort Eustis, but found a promising candidate in the locomotive shops near the northern edge of the Newport News Port of Embarkation (which were demolished some time between 1968 and 1982). However, I could do so only on the basis of top-view or low-resolution aerial photos.

Can anyone confirm my hypothesis on the basis of higher-resolution on-the-ground or oblique-view aerial photos (or from memory)?

Additional question: does anyone know which company this locomotive shop belonged to? C & O, or was it built directly for the Army?