If anyone has any links, information, or photos please let me know.

by amtrakhogger
Mon Jun 18, 2007 11:24 pm
Try Googling the loco type. AFAIK, the units were built by EMD in 1983-84.
All but one were scrapped after the BCR suspended Tumbler Ridge electric operations several years ago.
He is a railroad man. Isn't there a discount for a railroad man?

Username
amtrakhogger
Posts
1999
Joined
Sun Jun 25, 2006 12:16 am
Location
"F" on the Camden and Amboy
by 2spot
Tue Jun 19, 2007 12:58 am
Built in 1984 to operate on the Tumbler Ridge subdivision which at the time had to be electrified because of the length of the Table tunnel at 5.6 miles and the Wolverine Tunnel at 3.7 miles, also the proximity of the Bennett dam.
However, by September 29, 2000 the locomotives were stored. Sold to CIT financial, the locomotives were shipped to CEECo for dismantling. BC Rail 6001 was saved and is on display at the Prince George Railway and Forestry Museum ( http://www.pgrfm.bc.ca/ see May newsletter) see also: http://www.cnrphotos.com/gallery/main.php?g2_itemId=288 (these pictures are of all GF6Cs being moved to CEECo)
I agree, a Google search is the best way to find images.


I Was talking about the GM6C Experimental locomotives. The ones that Conrail was supose to purchase but didn't because of Amtrak's fees on the NEC Catenary.


Here are some photos to show you the GM6C

Thanks for the info in the GF6C as I was studing this locomotive as well.

I've always found it interesting that the GM10B was basically a 10,000hp GG1, while the GM6C is more in line with contemporary diesel-electric motive power design. I would be interested to know if the GM10B used a series of tap changers on the transformer to vary the AC motors power as the GG1 and other similar PRR engines used, or if some form of thyristor was used to control the power to the motors. I guess I'll have to wait for next month to hunt down a copy of Diesel Era and find that out, thanks alasgw. And very nice photo on the sticky Mr. Arm.

Now, how much power could a modern EMD electric accomodate on say an SD70ACe frame? Have traction power supplies advanced to the point where a Co-Co frame could accomodate more than 10,000hp with better adhesion? I know the Iore dual unit locomotives in Sweden combine for 14,000hp and more than 250,000lbs tractive effort, but that's only 7000hp per unit and that's not particularly groundbreaking. Could we have a GM15C based on the SD70ACe?

Username
Phil Hom
by Nasadowsk
Sat Sep 29, 2007 6:14 pm
I'd put my money on the 10,000 HP GM demo being heavily influenced by ASEA's technology - EMD was basically looking to license it back then.

As for today? I'd say your power's going to be more limited by catenary capacity than anything else - there's plenty of electrics in the 2,000 HP/axle range, and most are remarkably light.

I'd say within the weight limits of a typical US freight diesel, you could likely get an electric upwards of 12,000 continuous, and probbably a bit more on 25kv.

I'd say for a Co Co frame with a limit of 150 tons, 12,000 HP would be easy, and you'd get adhesion at least as good as a diesel of same weight, and likely better, since you wouldn't have to worry about protecting a prime mover from sudden load drops, etc.

Re: re: EMD GM6C Electric Locomotive

alasgw wrote:An article on the GM6C and GM10B will appear in the next issue of Diesel Era (Sept/Oct 2007 Vol 18 Number 5)

And an excellent article it is too! What a genuine shame the GM10B could not have found a home in a museum.


If you would like the photo ..email me at [email protected].
I do not know how to post a photo to this web site.

by alasgw
Sat Feb 21, 2009 10:42 am
The EMD/ASEA relationship is confirmed by EMD PR and technical documents, as well as by discussions with EMD personnel involved with the program. 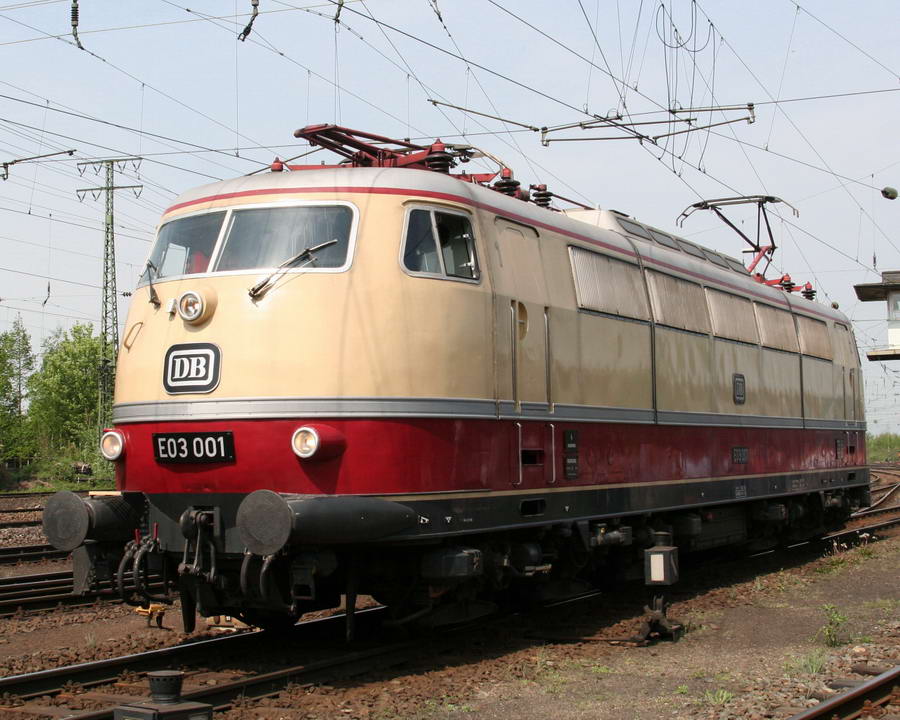 If Conductors are in charge, why are they promoted to be Engineer???

by Allen Hazen
Thu Feb 26, 2009 10:38 pm
A recent (it was the display issue at the public library in Melbourne in February 2009) issue of "Railway Gazette International" had a brief note about a new six-axle Chinese locomotive-- technology related to that on the Swedish "IORE" locomotives-- that was supposed to have a power of 1.6 megawatts per axle: rough mental arithmetic makes this out to be about 13,500 hp for the locomotive, I think. ... With very high horsepower, adhesion sets the practical limit. There have been some major technological breakthroughs in this regard (microprocessor control and the basic technology of variable-frequency traction motors), so the advance over 1976's 10,000 hp (on, however, probably a much heavier unit: China doesn't tolerate the axle loading the U.S. does) is not too surprising... But the Pennsylvania Railroad, which managed 1,250 hp per axle in the 1930s and 1940s (R-1 and DD-2) didn't have anything to be ashamed of!