by Montclaire
Sun Nov 01, 2009 6:19 am
I don't think they have any interest in running 8534, they have a lot of other irons in the fire, so to speak. I think 5205 will be used as their next excursion car, bringing the operable fleet up to three. They are probably still a good year to a year and a half away from getting that one going, and after that starts a long restoration/reconstruction on Scranton #324.
Some funding is in place but expect that one to take two-three years minimum.


The Scranton Railway Co. ordered 10 wooden deck-roof streetcars, including #324, from J.G. Brill Co. in 1903. The railway company started modifying cars in this group to Pay-As-You-Enter-style configuration, beginning in 1916. At a later date, it modernized and simplified a number of these cars, rebuilding them with a plain arch roof and flat steel side sheathing. Despite this renovation, newer car types rendered car #324 surplus by 1941. It was stripped of components and sold off. It then served as a diner in nearby Gouldsboro, Covington Township, eventually being built into a larger restaurant building. The Electric City museum acquired and retrieved the carbody in March 2000 for eventual restoration. Car 324 is one of two Lackawanna County and northeast Pennsylvania trolley in the museum’s collection.

Otto Vondrak wrote:My only wish was that they had more than one active car... .

Otto Vondrak wrote:My only wish was that they had more than one active car... .


For display and operation at the Electric City Museum, the mid-1950s simplified color scheme has been selected for 5205. This display will illustrate how a utilitarian, 1920s streetcar was updated by a transit operator to present a more attractive appearance to the public. To provide a contrast, Electric City Museum plans to continue the backdating on similar car No. 8534 in its collection to its original 1926 PRT appearance. The other 5200 that has been preserved, No. 5326 at the Pennsylvania Trolley Museum, Washington, Pennsylvania has been somewhat backdated to its original 1923 PRT appearance.

In February of 2007, 5205 was moved from the Museum building in downtown Scranton to Lackawanna County's new Trolley Works restoration shop adjacent to PNC Field in Moosic. County carpenters Rich Foley and Mike Drumstra have received a PennDOT grant to complete an estimated 18 month restoration (wishful) that will result in 5205 being the third operational car available for the excursion ride. 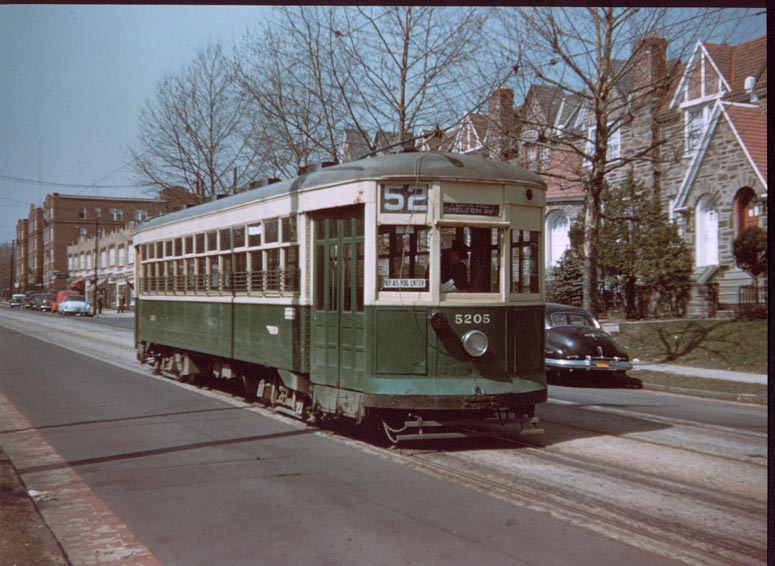 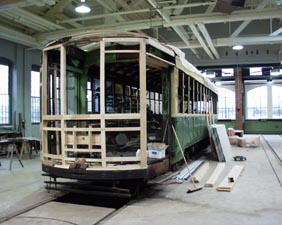