[DE] End of ICE-TD services has come (with images)

[DE] End of ICE-TD services has come (with images)

The ICE-TD is, better was, four-car-diesel-tilting-train first in service in 2001 could be found anywhere in Germany (and further):

From 2001 till 2003 these trains replaced the IR-services between Dresden and Nürnberg in a two-hourly-service. Thanks to the tilting-technology the travel time decreased about one hour to 4.5 hours. There was also one daily service between München and Zürich without travel time gains. After some serious technical problems the federal railway agency (EBA) the authorization to operate these trains. The trains ended up on some sidetracks.

In 2006 during FIFA world cup some trains were reactivated to carry football fans. This has been the first passenger services with diesel-trains in Germany with a top speed of 200 kmh (125 mph) and the fastest diesel-trains ever in Germany. In the next few months the trains served as peak-hour-services for big events or as replacement for other ICE-trains, which always was more expensive than electric trains because of diesel taxes.

In 2007 the DB announced a new service area for these trains: Denmark. The trains should run between Hamburg and Kopenhagen, several services began in Berlin and used the high-speed-line to Hamburg, some trains not used the "Vogelfluglinie" via Lübeck and the ferry, but ran via Flensburg to Kopenhagen or Aalborg, I guess the only constant was Hamburg. And they did run until yesterday (30 september). In the recent years it became clear, that the DB planned to take the ICE-TD out of service to avoid the hight costs for overhaul and modernization. So they shut the trains down step by step. In this period there were only up to four trainsets on up to three services - the last two has been ICE 1233 (9.24 Hamburg - 14.22 Kopenhagen) and ICE 1230 (17.37 Kopenhagen - 22.23 Hamburg).

Officially on 1 october the last two services should take place - in fact some friends of mine went to Kopenhagen for the final ride. And as everyone suspected but no one really hoped: the last two services were cancelled. Instead of the last ICE-TD the DB organized an IC3 by DSB, which also will take over all ex-ICE-services between Denmark and Germany.

Some view into future: the trains mostly will become scrap. Maybe some parts are useful for the DB and maybe they offer some parts of the trains. In fact I think DB tried to sell some complete trains on it's website (https://www.db-gebrauchtzug.de/index.ph ... filter=set" onclick="window.open(this.href);return false;) but I don't expect anyone to buy some of these trains so they've been taken out.

Some impressions of my (rare) experiences with the ICE-TD: 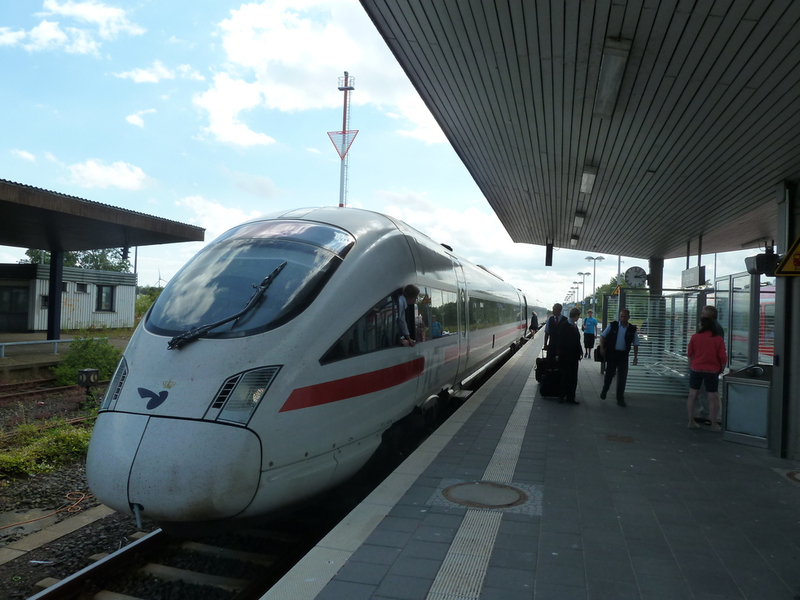 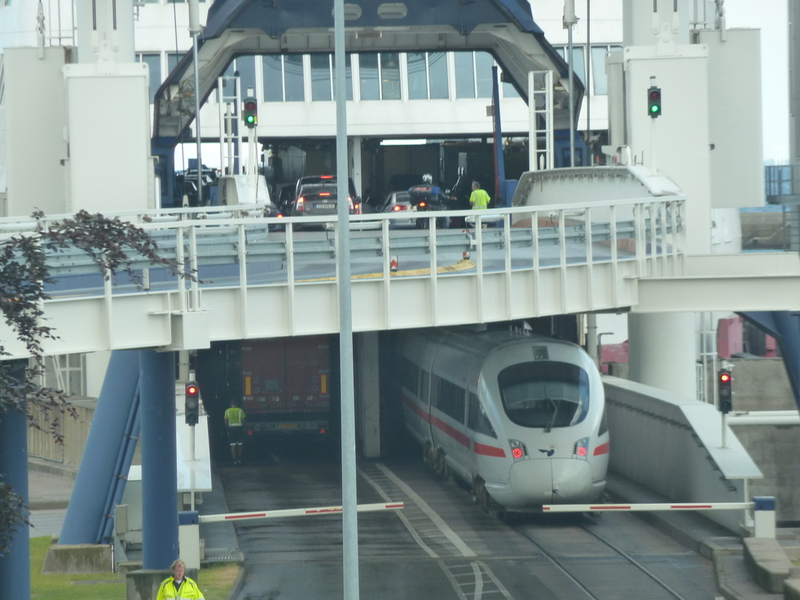 The train is proceeding to the ferry to cross the Fehmarnbelt. 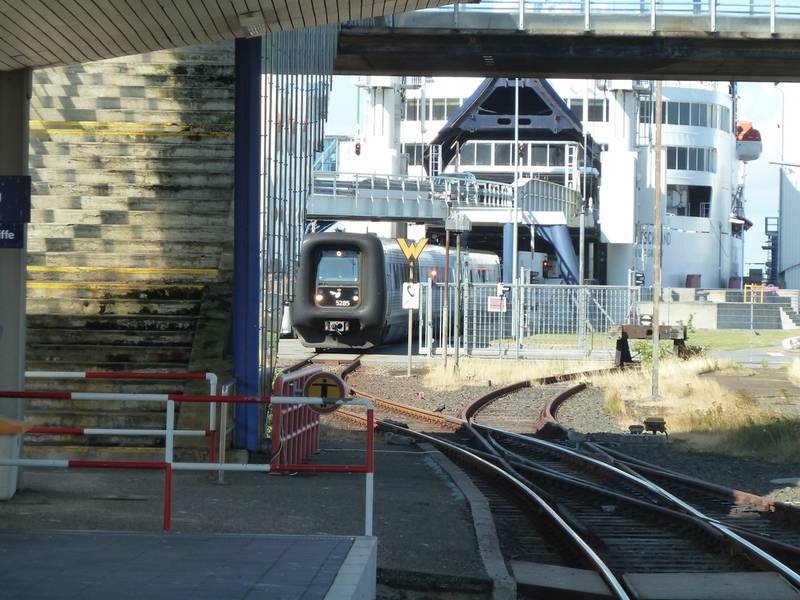 A little later a danish IC3 is returning from the ferry. 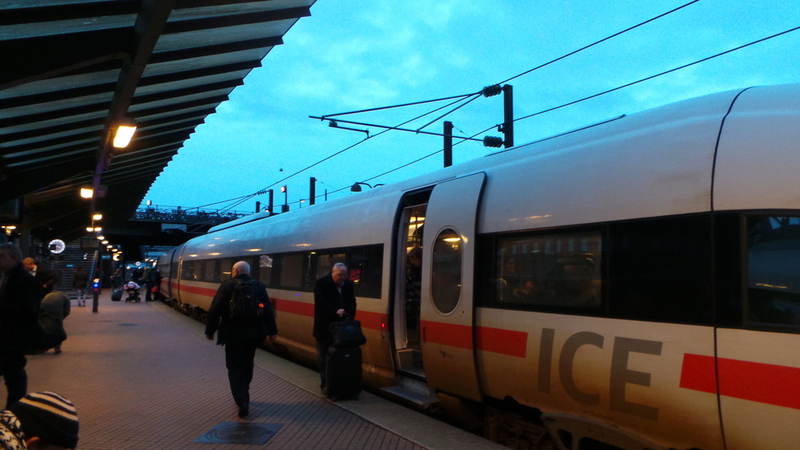 On my only cross-belt-ride (until now) this picture was taken in Kopenhagen. Due to the many people on the platform there was no better picture. 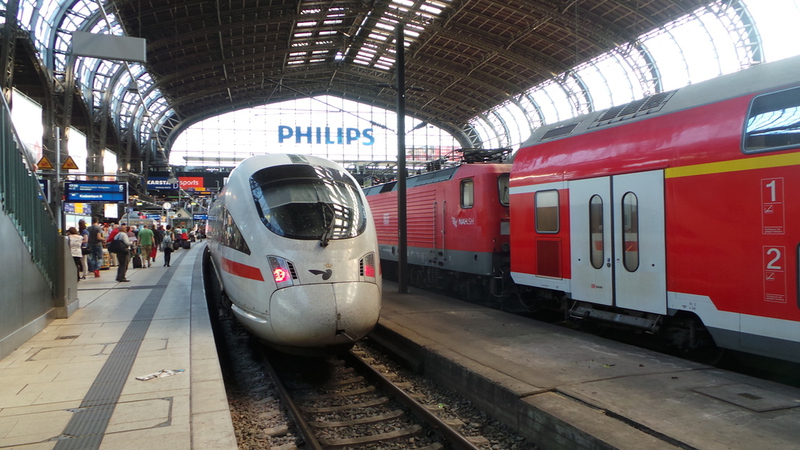 Last summer while waiting in Hamburg this train crossed my view. 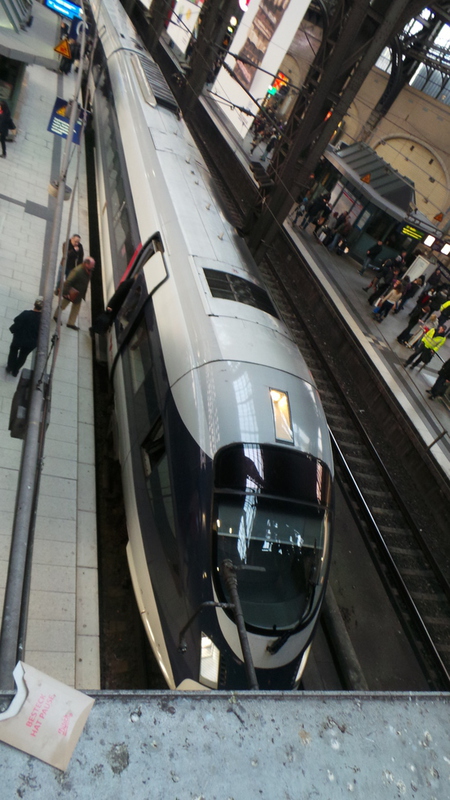 I don't know if anyone here has a relationship to this train series but I thought, maybe it is interesting for some people here.

One thing more: as I'm posting this here it feels the pictures seems bigger than in my german forum where I'm posting, although they are in fact smaller. Does someone have some feedback for me if the size of the pictures is okay or if I should use some smaller one? I am happy for your opinion. Thank you.

Re: [DE] End of ICE-TD services has come (with images)

by David Benton
Mon Oct 02, 2017 1:14 am
Thanks for the report , Lucas.
The picture size is fine.
Moderator worldwide railfan , Rail travel & trip reports
The only train trips I regret are the ones I didn't take.

Re: [DE] End of ICE-TD services has come (with images)

Reason for that: 13 ICE-TD were leased by DSB from DB. Some, but not all of these were repainted.

DB terminated the lease effective end of 2016 in line with retiring the entire series; they did try to then sell them to DSB who rejected the offer. DSB has a number of IC3 trainsets (about 17) that conform to German regulations since they were already running the type on the "Vogelfluglinie" before the ICE-TD were transferred there in 2007.

There's a video of an ICE-TD boarding one of the Scandlines ferries in Rodby (Denmark) here: https://www.youtube.com/watch?v=XCMJ4FuGhEI" onclick="window.open(this.href);return false;
Passengers have to leave the train by the way - for safety reasons the vehicle deck is sealed during the 45-minute ferry ride. Disembarkment and later boarding occurs onboard the ferry.

Longterm the "Vogelfluglinie" will be replaced by a new tunnel crossing the sea instead of the ferry - currently planned for 2024. DB has some nebulous plans to increase direct services to Kobenhaven along the route to hourly service (currently 3-4 times per day). Some 120 km of railroad in Denmark and 90 km in Germany will also have to be electrified and partially expanded as part of that.