Also ironically when they rebuilt the airport station to serve Amtrak better, by building the bypass road, they disconnected an available wye that was there.

*images removed from quote for ease of reading*

I don't think that wye would bring the advantage you think it would. While the corresponding backup move would be shorter, now you have to deal with several switches, and unless they can squeeze a crossover track in there, you're limiting the tracks you can use. Then you would still have a long backup one way or the other. Let's say you bring the train straight in. Then you wye it there and pull it to Hialeah. Then what? Do you spin it around the loop so it can head forward back to the station? Which means wye-ing it again, or do you just do the long backup move? The real question though, is how fast can you shove with a tail hose and conductor at the rear? A quick Google shows speeds up to 30mph for passenger trains, what's the normal speed on this line segment? A shoving move for the 4 miles to Hialeah may not be that much slower than running forward.

by Backshophoss
Wed Jan 13, 2021 8:38 pm
The simple fix is to have a switcher(likely a P-32) tie on,do a brake test,and pull the set back to the yard from the station platform .
then no speed restriction on the move to the yard
The Land of Enchantment is not Flyover country!

by west point
Thu Jan 14, 2021 12:42 am
Disconnected the wye? Did not know that. Going over the wye would probably meant backing across LA June road ? Believe the NW leg of that wye was CSX? Rest of tracks are FDOT.

by bostontrainguy
Thu Jan 14, 2021 8:41 am
Yeah. they actually left the switch in but severed the track with the new bypass road. They could have easily filled that minor gap through the grade crossing.

BTW - Checking Google Maps an Amtrak train could go north from Miami Airport Station and run directly into the Amtrak yard at Hialeah. 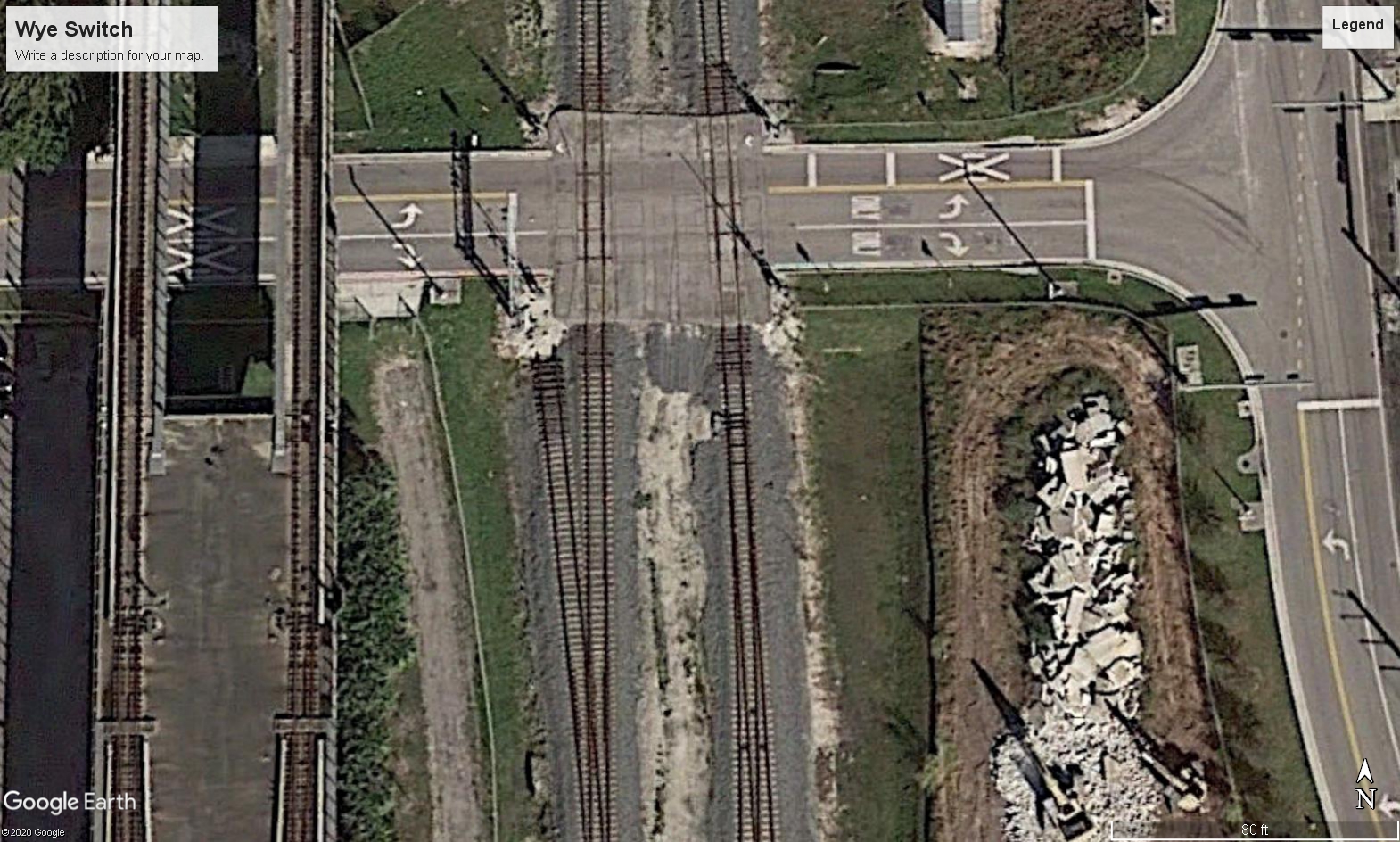 by Tom V
Fri Jan 22, 2021 3:04 pm
Improving the Amtrak experience overall is a goal of the new administration. The Patrick Moynihan station is a dramatic improvement for their passenger's experience in NYC. The Miami intermodal station is of a similar magnitude of improvement.

Block the street or what ever needs to be done to get trains in there now. Longer term hopefully combining investments Brightline is making in the FEC and the new friendly administration in Washington the long planned Amtrak service over the FEC between Jacksonville and West Palm Beach will come to fruition. Split the Silver Star and Silver Meteor in Jacksonville, the West Coast sections go to Tampa via Orlando. The East coast sections go to Miami via the FEC, connecting back to the existing line in West Palm Beach. The shorter length of the split East Coast sections will fit easily into the Miami intermodal station.

by bostontrainguy
Fri Jan 22, 2021 8:58 pm
So now Brightline is interested. No high level platforms though.

by Gilbert B Norman
Fri Jan 22, 2021 9:21 pm
This material immediately linked by Mr. Trainguy has also been introduced over at the Brightline Forum. It's relevance here at the Amtrak Forum should be limited to that an alternate use for the facility has been proposed, and I guess it is recognition that the facility will not be used by Amtrak anytime soon, if ever.
Last edited by Gilbert B Norman on Sat Jan 23, 2021 10:24 am, edited 1 time in total.

by Rockingham Racer
Sat Jan 23, 2021 6:47 am
I would think that a competent FEC DS would be able to handle Brightline trains on its ROW given that the railroad is two tracks CTC in the area. But I don't see how Brightline would get to MIC without a new southeast connection at Iris--for which there seems to be no room.

Rockingham Racer wrote: ↑Sat Jan 23, 2021 6:47 am I would think that a competent FEC DS would be able to handle Brightline trains on its ROW given that the railroad is two tracks CTC in the area. But I don't see how Brightline would get to MIC without a new southeast connection at Iris--for which there seems to be no room.

This is Florida. Here they get things done and very quickly. Adding a SE wye connection would be no problem. 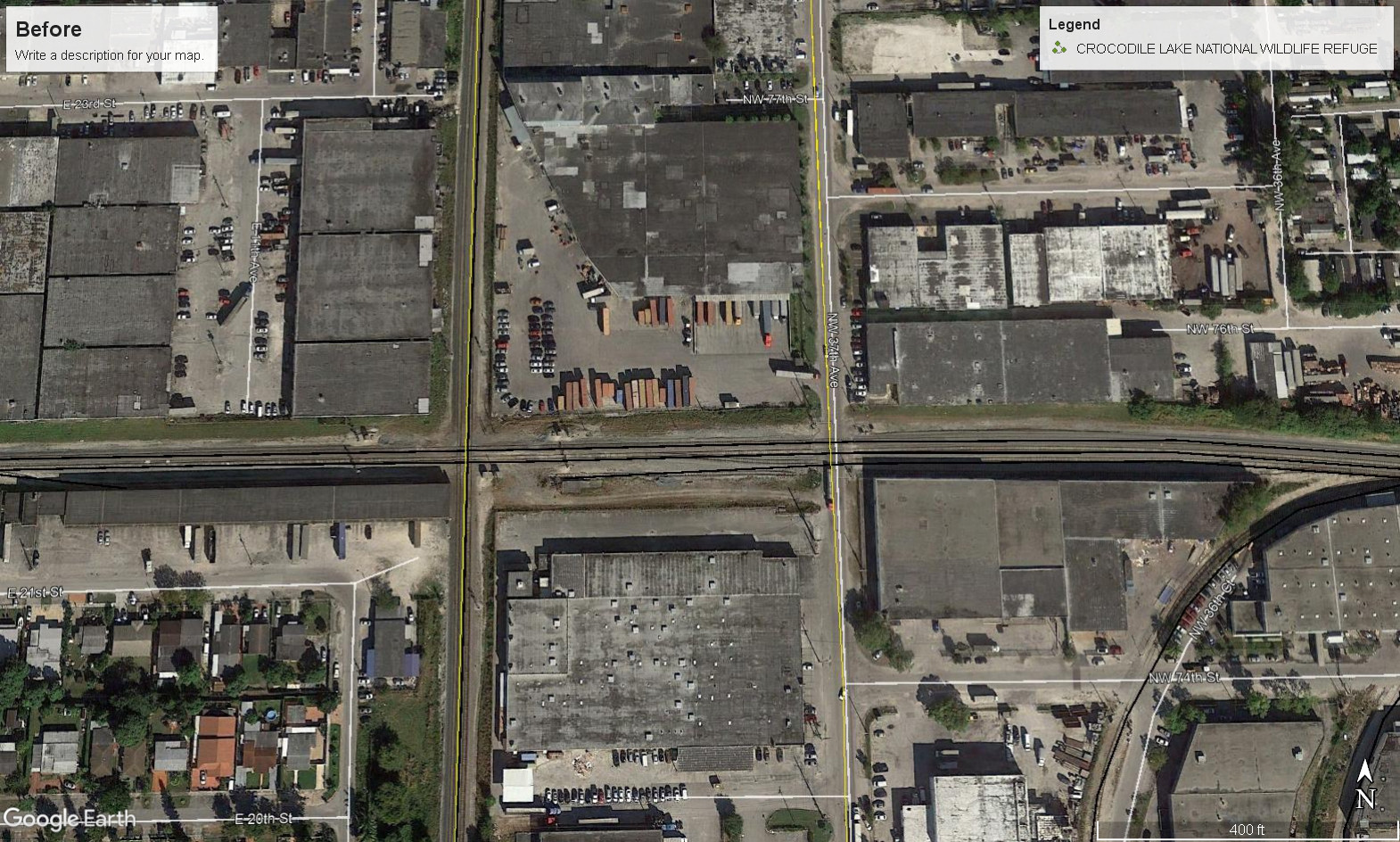 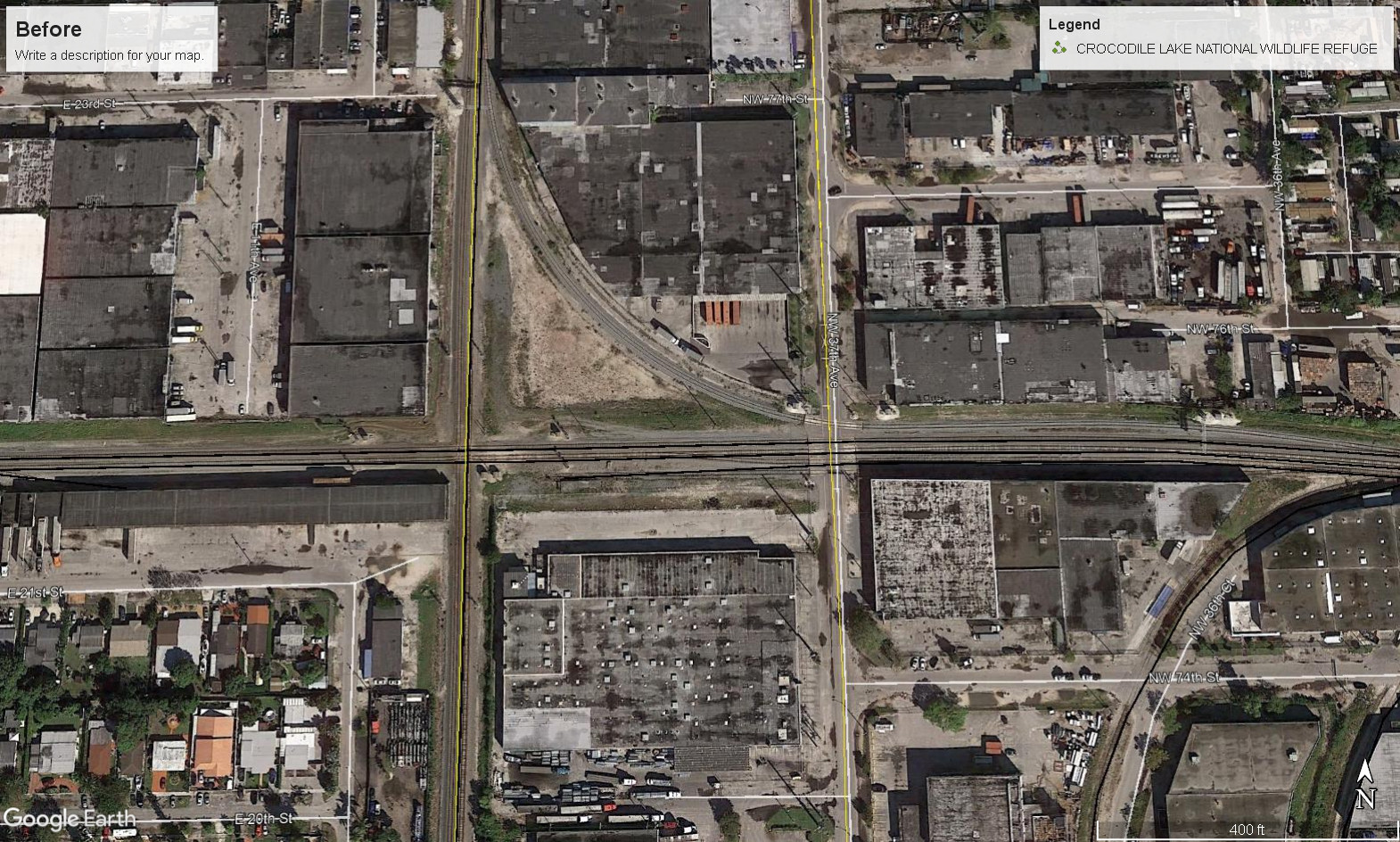 I looked on Google, too. My judgment is that if anything--the connection will be a very tight curve.

by Backshophoss
Sun Jan 24, 2021 12:18 am
That might be OK for freight,but not for passenger train use,also not good for paired drawbar equipment,like what Brightline uses and the next-gen single level cars from Siemens built for Amtrak .
The Land of Enchantment is not Flyover country!